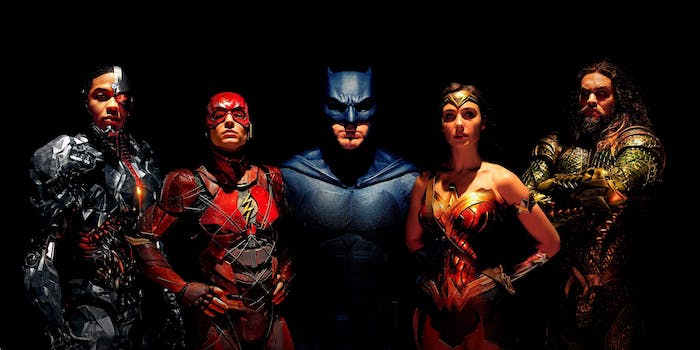 It's the lowest-grossing DC movie yet.

The numbers are in, and Justice League is officially the lowest-grossing movie in the DC franchise.

From a marketing perspective, crossovers are meant to attract a large audience, combining the fanbases for multiple characters. This worked well for Marvel‘s Avengers movies, but Justice League didn’t live up to expectations. According to Box Office Mojo, it earned a domestic gross of $229 million. That’s just over half of Wonder Woman‘s domestic gross, $412.5 million.

Wonder Woman is easily the most successful DC movie in the U.S., although it came second to Batman v Superman overseas. But even when you include the international gross, Justice League still comes dead last. Its worldwide haul was $658 million, meaning it almost certainly lost money for Warner Bros.

Justice League cost about $300 million to make (that’s double Wonder Woman‘s budget, by the way), but production budgets can be misleading. This doesn’t include marketing costs (around $150 million), or the percentage of ticket sales kept by theater chains. Estimates suggest that Justice League would have to earn $750 million to break even. In other words, it’s a flop.

We’ve already seen hints that Warner Bros. is moving away from Zack Snyder‘s vision of the franchise. Justice League 2 is still on the cards, but it no longer has a release date, and Snyder probably won’t direct it. Meanwhile, Warner Bros. is forging ahead with more offbeat projects like Shazam (a superhero pastiche starring a bunch of kids and a wizard) and New Gods (an epic sci-fi/fantasy directed by Ava DuVernay). Batman’s future is uncertain, and the Justice League spinoffs for Cyborg and the Flash have faced multiple delays and turnover among their creative teams.

The next DC movie is Aquaman, due out in December. As the last movie to be filmed before Warner’s post-Justice League reshuffle, it marks the end of an era. Fortunately, as a fantasy adventure story, it looks more like Wonder Woman than Justice League.