For fans of the cult action movie John Wick, John Wick: Chapter 2 was everything we hoped and dreamed. The fight scenes were slick, the new worldbuilding was satisfyingly weird, and it expanded upon the eye-catching production design of the first movie.

John Wick is often singled out for its visual storytelling, with critics praising its fluid action choreography and urban fantasy aesthetic. Speaking to costume designer Luca Mosca, we learned more about how costumes helped to create that visual universe, including the contrast between John Wick and his new enemy Santino D’Antonio (Riccardo Scamarcio), and why clothes were especially important for the mute assassin Ares (Ruby Rose). Plus, we discovered how Mosca’s John Wick: Chapter 2 cameo unexpectedly changed his life.

John Wick’s suits are really plain and minimalist, yet distinctive in the context of the film. Can you tell me about the design process for Keanu Reeves’ costumes?

We should start with saying that with the elegant and regal posture of Keanu Reeves, shaping a beautifully tailored suit on him is an easy task. We wanted a clean line, we wanted it close to the body and we obviously had to give it functionality. He needed a lot of movement in order to perform all these stunts. 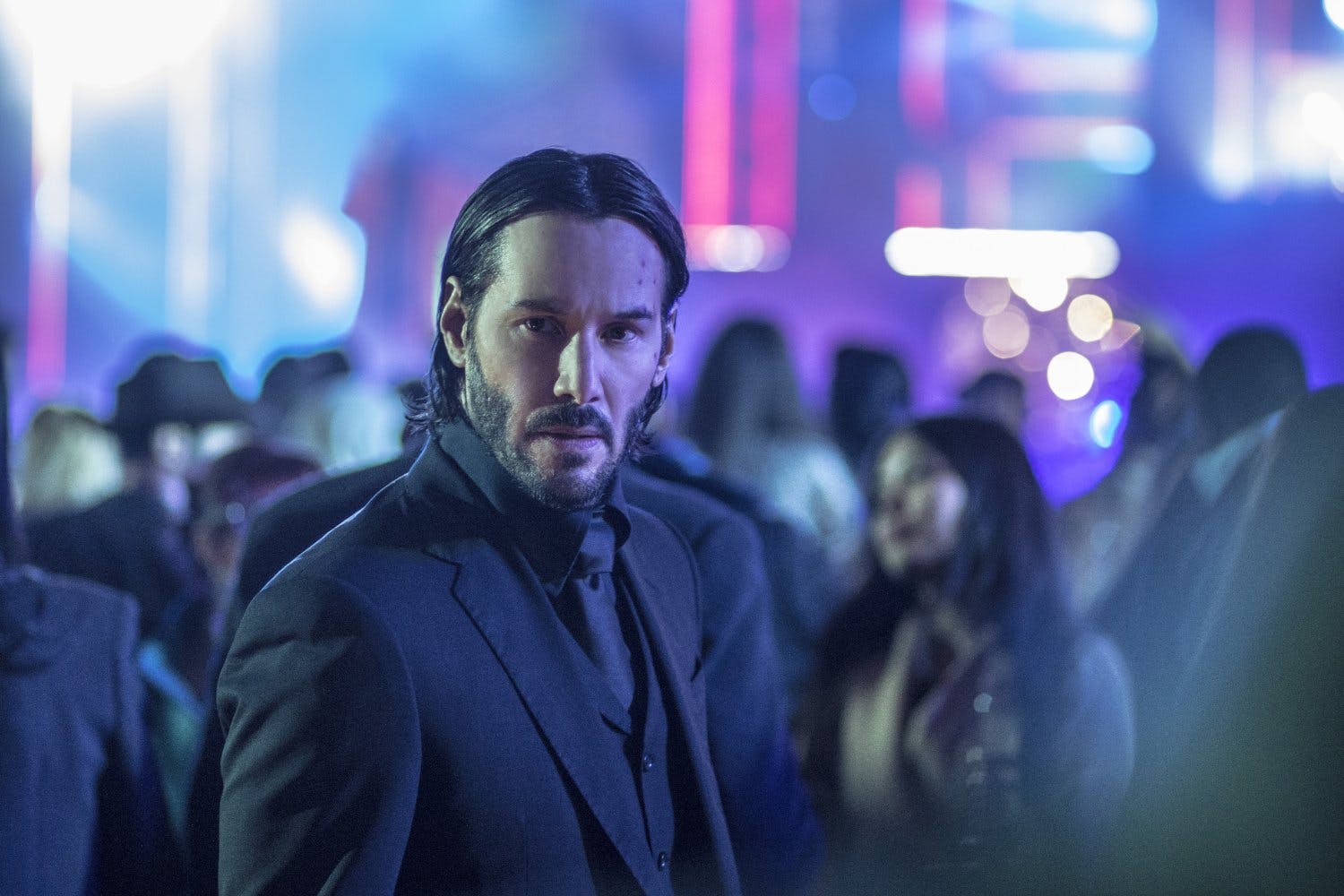 It was about the choice of color first, which is a colorless choice. John Wick’s costumes can basically be seen in a color film or in a black and white film. And we spent countless fittings trying to perfect those shoulders and the proportion of the pants, slimming them by millimeters at a time.

In John Wick 2, we enhanced these regal aspects of Keanu Reeves, we increased the proportion of the collars in the shirts, almost like a Napoleonic reference, so that the face is framed and the posture is almost forced to be more elevated and more erect.

What were the practical aspects of costuming such a stunt-heavy movie?

We have an enormous amount of what we call multiples. Even if you see the actor start the scene in a clean suit and get a little stain here or a little tear there, or a little gunshot, that meant that we had dozens and dozens of suits ready. Some suits in the actor’s size and some in a slightly larger size to accommodate for knee pads and elbow pads, or even for little gussets—additional fabrics in the armpit or the crotch of the pants in order to allow for more movement. Then we had stunt doubles, so we had an endless number of suits for them. Because these suits were used and thrown into the mud or torn apart.

Chapter 2 expands the cast with new characters like Gianna the Italian crime boss, and Laurence Fishburne in robes as a kind of king of the homeless people in New York. Did you have any particular favorites when designing the looks of the new characters?

No, I loved them all! They were all such fine and incredible actors. Laurence Fishburne, with whom I’d already worked on a different movie, is such an incredible gentleman and such a treat to work with, and all of a sudden having to dress him as the lord of the underworld, as sort of Pluto or Hades kind of person, who rules this army of homeless people—that was such a fascinating undertaking. I really liked the costume that we finally put together for him. 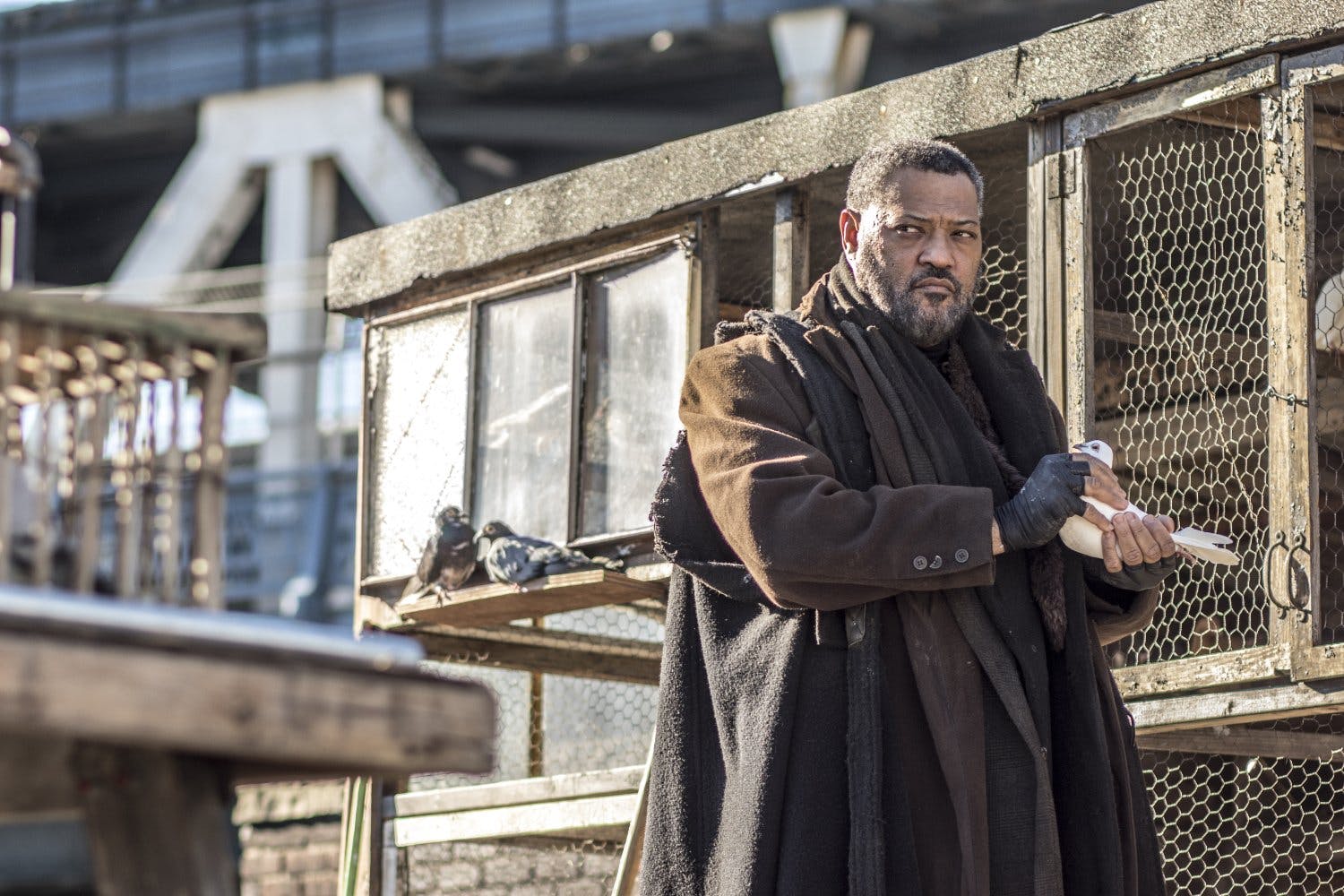 We have the Italian contingency, Riccardo Scamarcio, who was a gift. An Italian mobster, dressed completely different from Keanu, in a more ornate way with different ties and fabrics and colors, it was almost like a clash of fabrics and patterns together.

I’m curious about that, because fans of John Wick comment a lot on the visual storytelling of the film. Could you highlight some of the details that you put in as background for these characters who maybe don’t get much dialogue, but they have this whole story going on in their fighting style and their costumes?

Talking about not having much dialogue, it’s very interesting to talk about Ruby Rose, for example. Ruby Rose was mute in the movie, so she could only use sign language. So her acting didn’t get the support of the spoken word, she had to act with her body. It was very important that we would be able to see every single movement, every single twitch. And so in the case of Ruby Rose—but I should say in the case of every one of my characters—when I design costumes I tend to create a formula and then to simplify it, almost as if these were a comic book character. 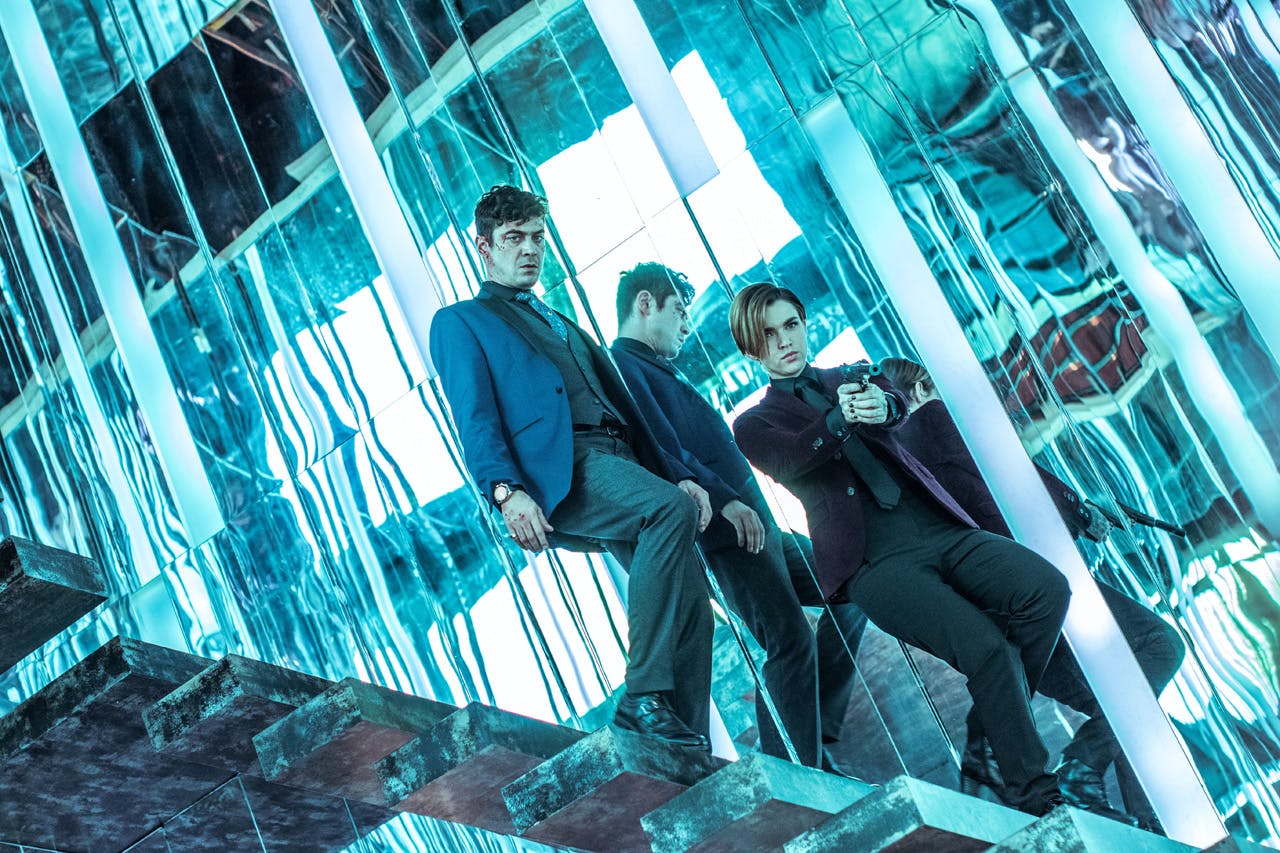 Many people ask us, does John Wick come from some place, some comic reference? No. We built this look and this character from scratch. So in the case of Keanu it is a dark silhouette. Very elegant, almost sinewy, taking advantage of his height, posture, stature, demeanor.

Ruby Rose was super clean, super fitted, tailored blazers and pants, little boots. That’s it, ready to go. Riccardo Scamarcio and his gang are mixing up this cacophonia of plaids and stripes and flannels and patterned ties, something that I would never ever put on Keanu. By creating an apparent clash of elements, creating harmony at the same time.

John Wick: Chapter 2 takes place in this very stylized world. What was the collaborative process between you and the production designers and the director, to kind of create the look for that world?

I think the reason why these movies came together so well, and aesthetically they are so beautiful to look at, is because all the departments came together and we really had free access at each other’s work. We knew the color, the concepts of the production designer, you know, the set design. We created this this dream of a perfect world of elegance, of rich people. It’s almost like a fantasy world that doesn’t exist in real life, where everybody’s beautiful, everybody is so well dressed.

Could you tell me about your little cameo as the tailor character?

That was the highlight of the movie, at least for myself! It was unexpected. I knew the director well from having done an entire movie with him, and when he came to me and told me that I have been cast to be the tailor, my first reaction was of being a little reluctant: “Goodness, am I going to be able to do this?”

I learned my lines, I practiced them with Keanu, and there you go! It was a very intimidating experience, but very beautiful nonetheless. Thanks to the suit that I make him in real life, and in fiction both, I keep him alive. Because of that incredible new high technology lining that I give a demonstration of, he can take all the bullets that rain on him without killing him!

So yeah, it was an incredible experience, and now I just want to do more. This is what I’m doing now, I’ve been acting. I have been in a Tennessee Williams play here in New York, and I’m looking for more. I have been studying drama for a year, since we wrapped the movie. I have the bug!