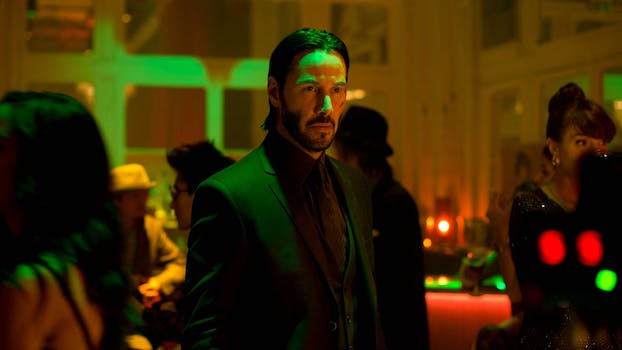 Why film nerds are so excited for ‘John Wick: Chapter 2’

If the sequel is anything like the original, we're in for a treat.

From its plot description, John Wick sounds like a generic revenge thriller in the same vein as Taken and dozens of other geriaction movies: Mourning the loss of his wife, retired assassin John Wick (Keanu Reeves) launches into a killing spree after a gangster (Alfie Allen) kills his dog. It’s practically a parody of the revenge genre, with dialogue to match.

But action fans went nuts for John Wick, and they had every reason to do so. That simple story provided the framework for one of the best U.S. action movies of the past decade.

Directors Chad Stahelski and David Leitch began their careers as stunt performers and coordinators, with extensive resumes including The Matrix and Hunger Games franchises, and straightforward action flicks like The Expendables. This gave them a different perspective from most U.S. action directors, intentionally showcasing John Wick‘s fight choreography with long takes and a clear vision for the impact of each blow. Their filmmaking style is basically the polar opposite of this infamous scene from Taken, where the editor needlessly used 12 different shots to illustrate a five-second scene of Liam Neeson jumping over a fence.

In John Wick, there’s no need for camera trickery to ramp up the excitement or disguise the presence of a stunt double. Reeves performed the bulk of his own combat scenes, and cinematographer Jonathan Sela intentionally avoided the shaky-cam style that many action movies adopted from The Bourne Identity.

For the sake of comparison, look at some of the fight scenes in Captain America: The Winter Soldier. Chris Evans and Sebastian Stan learned complex hand-to-hand combat choreography just like Reeves in John Wick, but some of their work was rendered invisible by rapid cuts between different angles and split-second close-ups.

During John Wick’s action scenes, it’s easy to follow the geography of the fight. The directors both have a stuntman’s eye for movement, creating combat choreography with a natural flow and a clear arc of cause and effect. And while Reeves isn’t on the same level as a martial arts expert like Donnie Yen or The Raid‘s Iko Uwais, he’s a veteran action star and he trained heavily for this role, with behind-the-scenes videos illustrating the extent of his involvement in the fight scenes.

Stunts are one thing, but costumes and production design are not usually a highlight in action-heavy revenge thrillers. John Wick stands out because it looks more like Drive than The Transporter, with distinctive costuming choices and art direction.

John Wick’s lighting design is noticeably effective, beginning with the drab gray tones used to illustrate Wick’s grief and depression at the beginning of the movie. Later, some of the most iconic fight scenes take place in bars and nightclubs with multicolored lighting, providing highlights for Wick’s monochramatic look of black hair, black suits, and black weapons. As well as looking great, this serves a couple of practical purposes: It distinguishes John Wick from Keanu Reeves’ many other memorable roles, and creates a visual contrast between each of the major action setpieces, like levels in a video game. 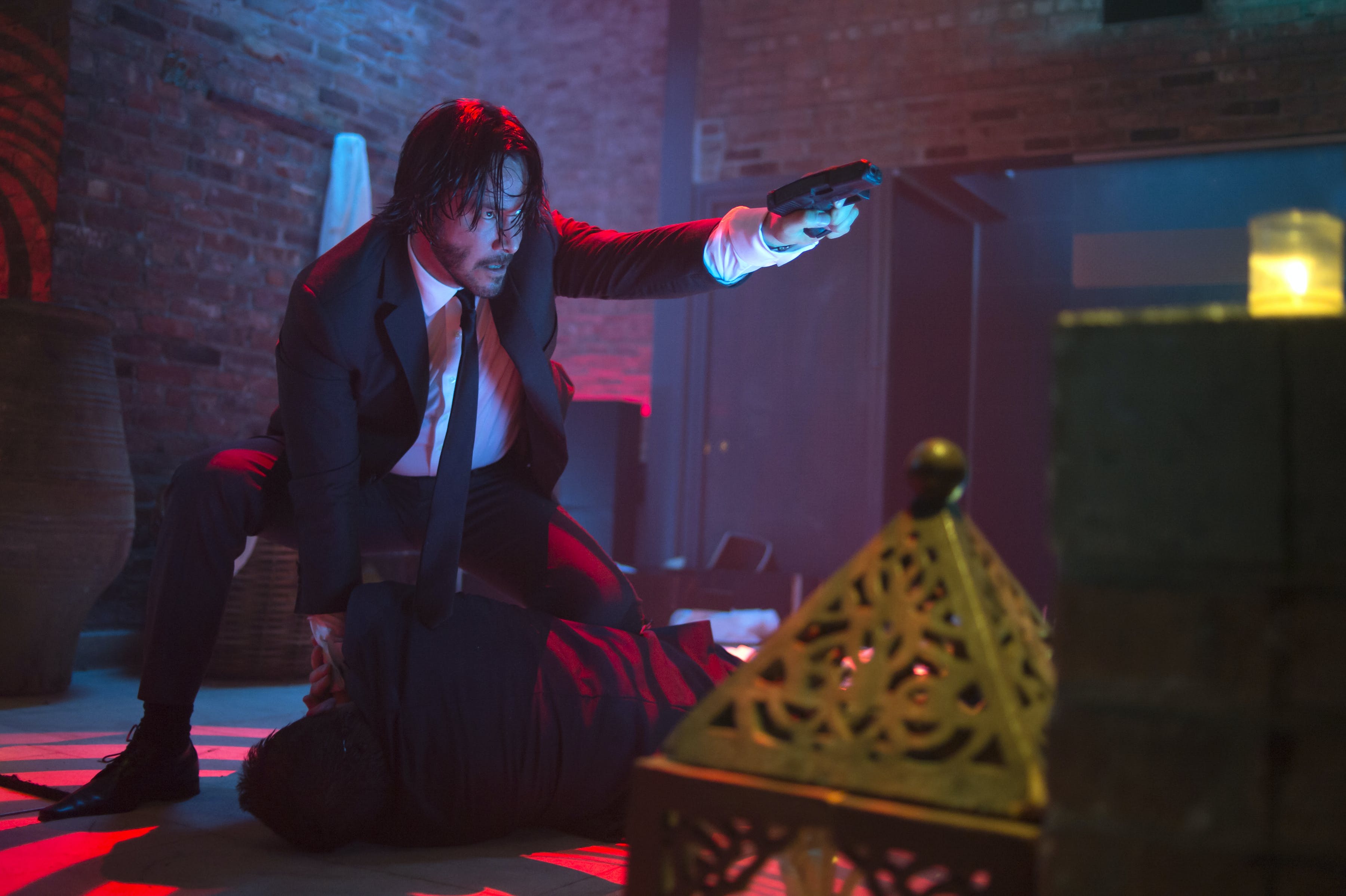 In films with minimal dialogue and exposition, costuming can go a long way. Reeves described his own all-black costume as “chic,” “funereal” and “priestly,” while other characters were given their own individual looks by designer Luca Mosca: subdued shades of brown for Wick’s old friend Marcus (Willem Dafoe), gothic glamor for the dangerous Ms. Perkins (Adrianne Palicki), and classy cravats and tuxedo shirts for the hotel boss Winston (Ian McShane). Like Inception, it’s a movie where almost everyone wears a suit, but each suit is tailored to say something specific about the character. Disposable goons are easy to spot, because they’re the ones who look like real bodyguards or nightclub bouncers.

Despite all the praise for John Wick‘s realistic (or at least, real-seeming) action scenes, it’s clearly not set in the real world. In fact, it’s arguably a fantasy movie. Nicknamed the Boogeyman, John Wick is so infamous that he almost achieves a mythical status among the underground community of assassins, who are paid in symbolic gold coins and meet in a luxury hotel called the Continental.

Remember how we compared John Wick‘s action scenes to levels of a video game? Well, the Continental is where the characters go to power up and receive instructions for their next mission, governed by an unbreakable code of conduct among the assassins and their employers. This peculiar worldbuilding detail puts John Wick on a short list of action movies (Dredd; Edge of Tomorrow) that create a better video game scenario than real video game adaptations. The setting of John Wick is unabashedly surreal and stylized, and the new sequel takes the risky but exciting move of delving deeper into that pseudo-fantasy worldbuilding. So much for Assassin’s Creed.