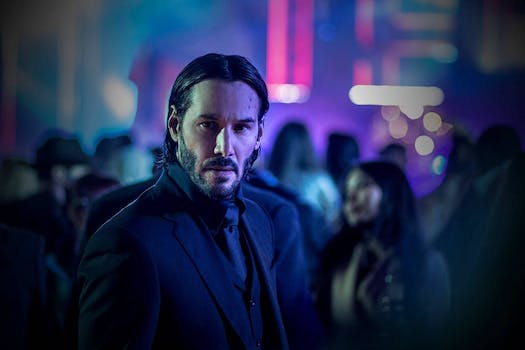 John Wick earned a cult following for its stylish action scenes, masterminded by former stuntmen Chad Stahelski and David Leitch. In the midst of a Hollywood trend for hiring non-action directors for CGI-heavy blockbusters (Marvel Studios, we’re looking at you), Stahelski and Leitch understood the need for clean choreography and fluid camerawork, allowing the audience to follow the narrative of each fight scene.

Keanu Reeves was ideal casting for the retired assassin John Wick: a detail-oriented physical performer who breaks the mold of aging action stars cashing in on their reputations. If anything, he’s a more convincing badass now than he was in his 30s, with a mournful edge that feels more authentic than the hypermasculine toughness displayed by some of his peers.

Stahelski returned to direct John Wick: Chapter 2 alone, with writer Derek Kolstad fleshing out a more complex sequel to the bare-bones revenge story of the first movie. The action scenes are as mesmerizing as ever, providing the same satisfaction as watching an expert chef or artist at work. Every character is ferociously good at their job, and that job is killing people with brutal efficiency. 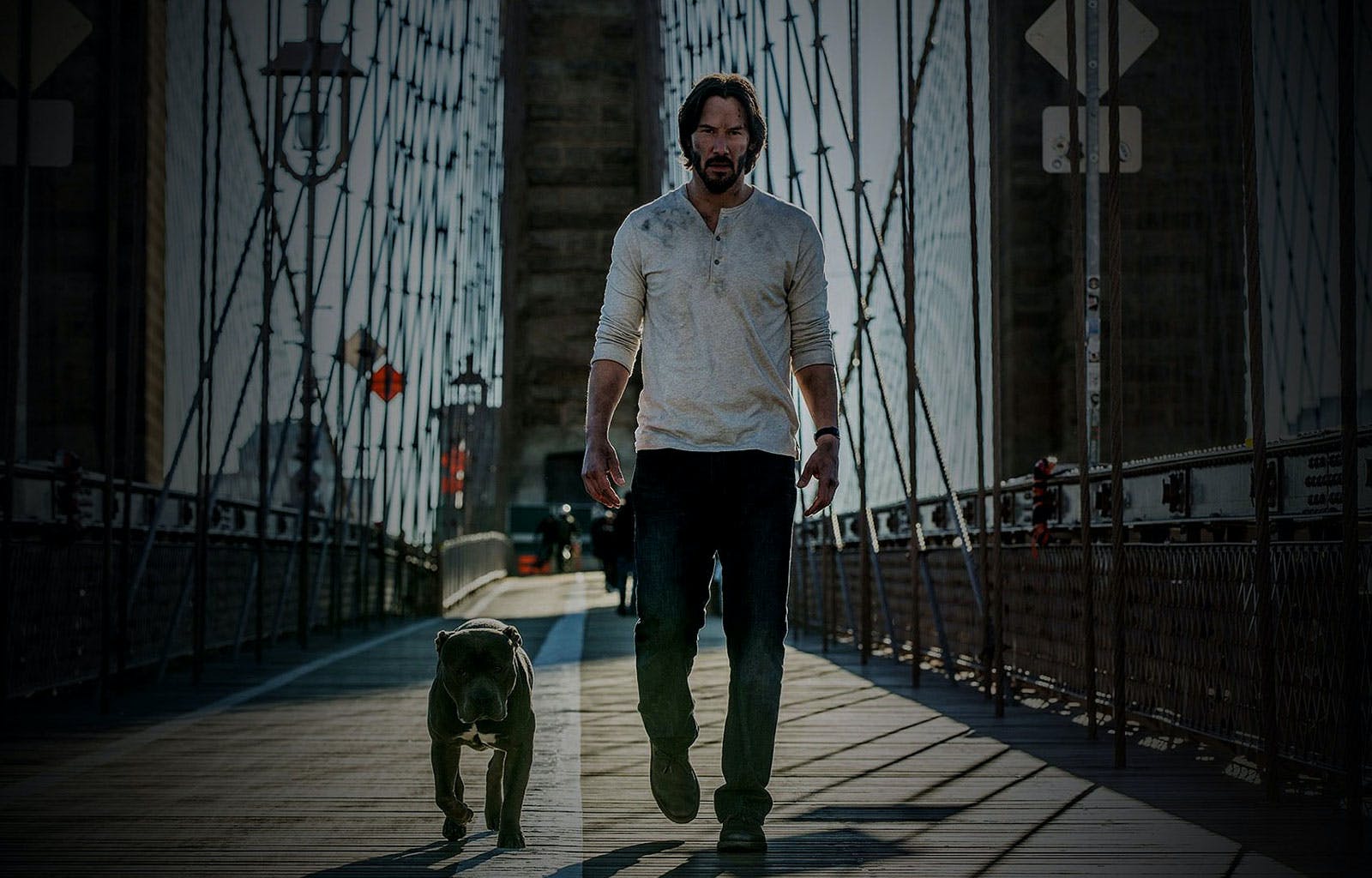 In a story from page one of the action movie playbook, John Wick has to come out of retirement (of course) for one last job (of course). He just wants to leave this life behind, but once you dip your toe back into the waters of murder-for-hire, it’s impossible to avoid being sucked into a cycle of vengeance. It’s a familiar set-up, refreshed by John Wick‘s surreal worldbuilding and visual flair.

The first film introduced a world where assassins gather at a glamorous hotel called the Continental, where they can talk shop and stock up on murder supplies. They use gold coins as currency, and follow a strict code that forbids any fighting on Continental grounds. It all feels like an adaptation of a video game that never existed, and this time around, writer Kolstad dug deeper into this mythos. Chapter 2 gives us a council of 12 criminal overlords, and an inescapable blood pact that forces John Wick back into his old life.

Maybe it’s due to the combined presence of Keanu Reeves and Laurence Fishburne, but Chapter 2 feels surprisingly reminiscent of The Matrix. All the main characters are snappily dressed warriors with stylized names (Ruby Rose as a mute bodyguard called Ares; Peter Serafinowicz as a posh arms dealer known as the Sommelier), meeting in theatrical locations like a hall of mirrors or an art gallery populated by nude statues of grappling Greek gods. The main characters seem to exist on a separate plane from the rest of humanity, exhibiting an almost religious attitude to the Continental’s rules of engagement.

In some ways John Wick: Chapter 2 may qualify as urban fantasy, with roles that could have originated in a Hellblazer comic or the Discworld books. It also looks more like a comic book than most actual comic book adaptations, using light and color to frame Wick’s stark black silhouette. Swapping out the gritty gangland locations of the first movie for ostentatious luxury, the art directors clearly had a lot of fun with scenes like a massive rave in some Roman ruins, or memorable shots like Wick smearing a handful of blood along a wall of white light. 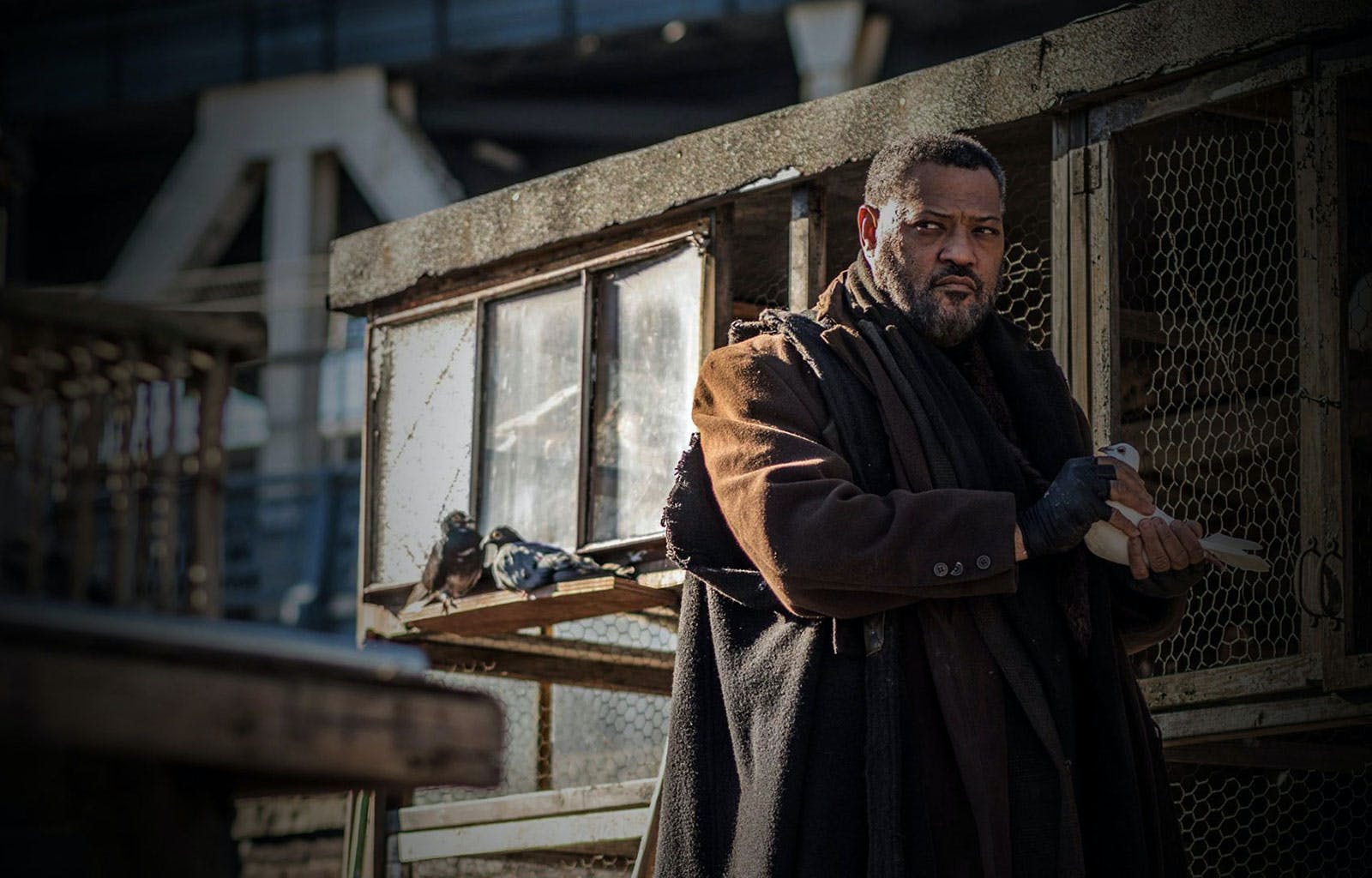 While John Wick‘s violent showdowns were mostly removed from everyday life, the sequel’s budget allowed for more crowd scenes and showy chase sequences in public places. This invites an interesting question about the John Wick universe: Instead of being oblivious bystanders, do the civilians know exactly what’s going on?

Wick and his colleagues are immune to police interference, and bystanders often seem content to ignore their bloody, public duels. Civilians flee when they’re directly in danger of being hit by a stray bullet, but otherwise they’re oddly unfazed by a street musician pulling a gun out of her violin, or John Wick trying to stab a man in a crowded subway car. Could it be that the Continental rules are public knowledge, and people view all these assassin battles as a kind of free gladiatorial entertainment? Probably not, but it’s a plausible theory within the John Wick mythos, which uses arcane rules and fairytale storytelling to distance its protagonist from the moral horror of his actions.

John Wick: Chapter 3 is already in the works, and while action fans will doubtless be overjoyed, we have one caveat. John Wick works because it concentrated its energy on one goal, using production design, costumes, and lighting cues to bolster its lack of exposition. By comparison, Chapter 2 can seem a little overcomplicated. Each individual scene is deliciously watchable, but there are simply too many of them. Towards the end, the plot begins to interrupt itself and slow down between the fight scenes, losing the relentless single-mindedness of the first movie.

The curse of any sequel is that people want to see more of the same, but different. For Chapter 3, hopefully the filmmakers will decide to go small again, instead of following the route of the Die Hard franchise and outstaying its welcome.