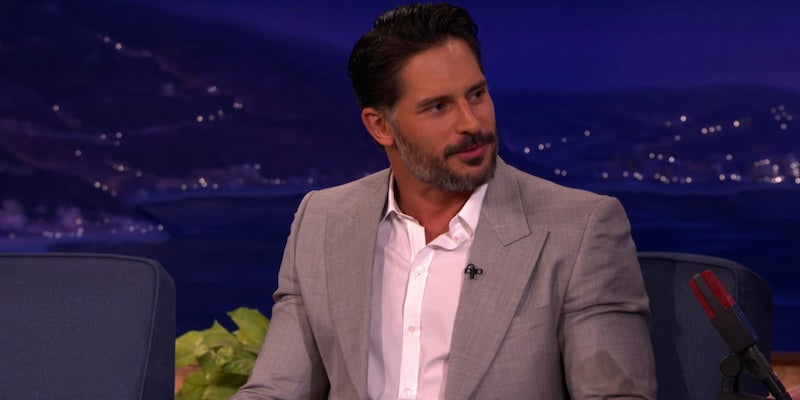 Can this villain be an interesting match for the Dark Knight?

Ben Affleck had the internet abuzz last week when he posted what appeared to be a test-footage clip of a villain named Deathstroke to Twitter.

Affleck offered no explanation, but fans were quick to fill the void with their own speculation about the significance of the clip. Some wondered if the villain would appear in the upcoming superhero team-up blockbuster Justice League, the next film in DC Comics’s years-long movie lineup after a solo Wonder Woman adventure in June 2017.

We now know that Deathstroke will be a villain in a Affleck-led solo Batman film, and actor Joe Manganiello (Magic Mike, True Blood) will be the man behind the mask. DC Entertainment president and chief creative officer Geoff Johns confirmed the casting to the  Wall Street Journal. Johns is co-writing the script for the upcoming Batman movie, which has yet to get a release date. DC Comics has release dates for two yet-to-be-named movies on Oct. 5, 2018, and Nov. 1, 2019, on its calendar, so it’s possible Batman could take one of those slots. DC has also discussed a Harley Quinn-led Suicide Squad spinoff movie, though nothing official has been announced.

Manganiello already has a superhero franchise credit to his name, having played Flash Thompson in 2007’s Spider-Man 3. Deathstroke is notably not one of DC’s name-brand villains, though he has been popular with comics fans. The mercenary has a history of menacing the Teen Titans, amd he has tangled with Batman as a member of Lex Luthor’s Secret Society of Super Villains and in various other story lines.

In the comics, Deathstroke has a military background, making him a skilled fighter who can tap into super abilities like a healing factor, heightened strength, and level of tactical intelligence that might make him a tricky opponent for Batman.