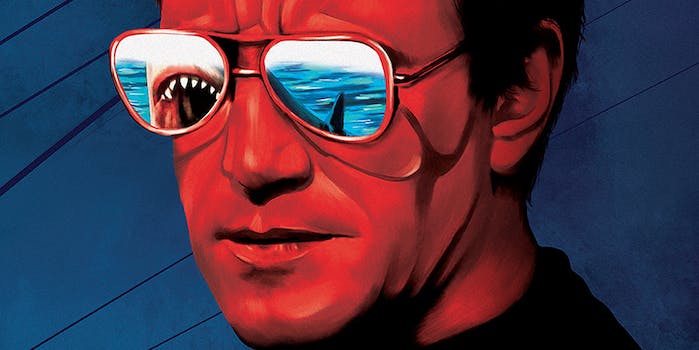 Celebrate 40 years of ‘Jaws’ with these stunning fan homages

You're gonna need a bigger frame.

Jaws, father of the summer blockbuster and grandfather of all terrible shark films (including Jaws 3-D and Jaws: The Revenge), reached middle age over the weekend, complete with special anniversary showings of the film around the country.

But no fan celebration would be complete without fanart, and so we’re following the lead of Poster Posse and sharing this roundup of some of our favorite pieces of Jaws fan-created posters and artwork.

Each of the works in this first set come from the 2013 art show “Smile, You Son of a Bitch!” at Hero Complex Art Gallery in Los Angeles—many prints from which are still on sale. 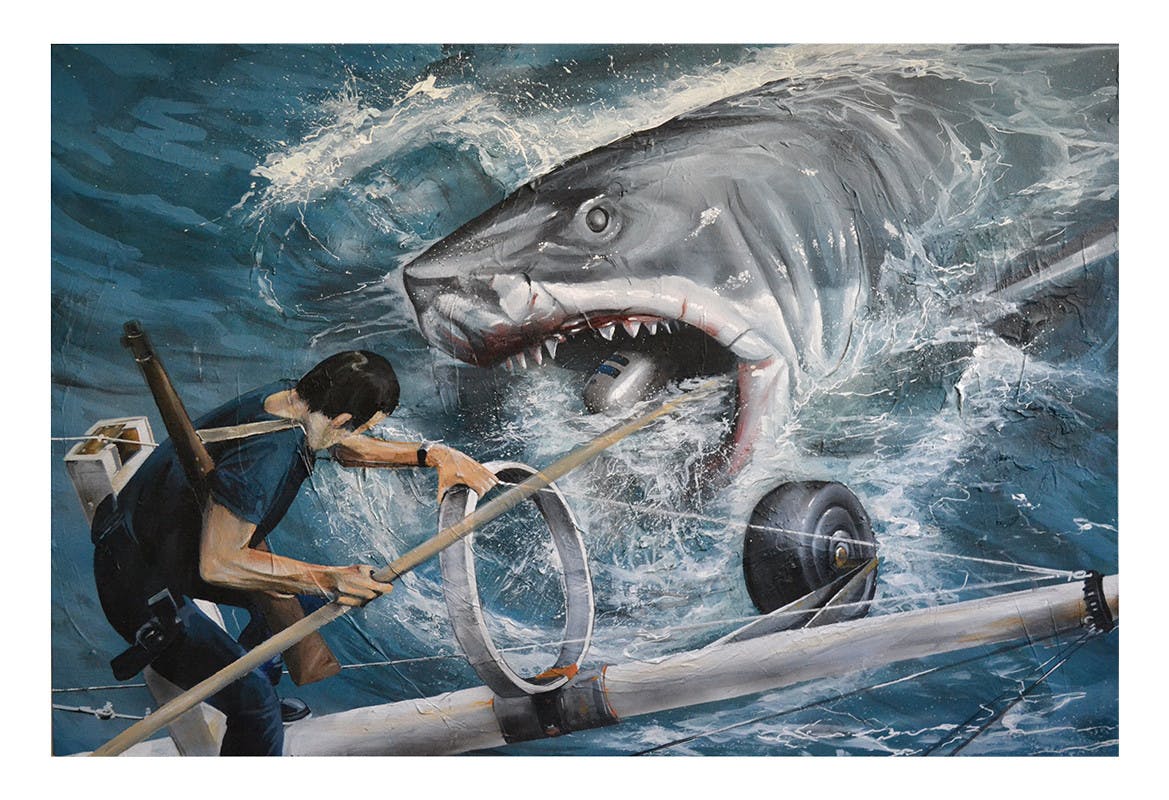 “This Shark, Swallow You Whole” 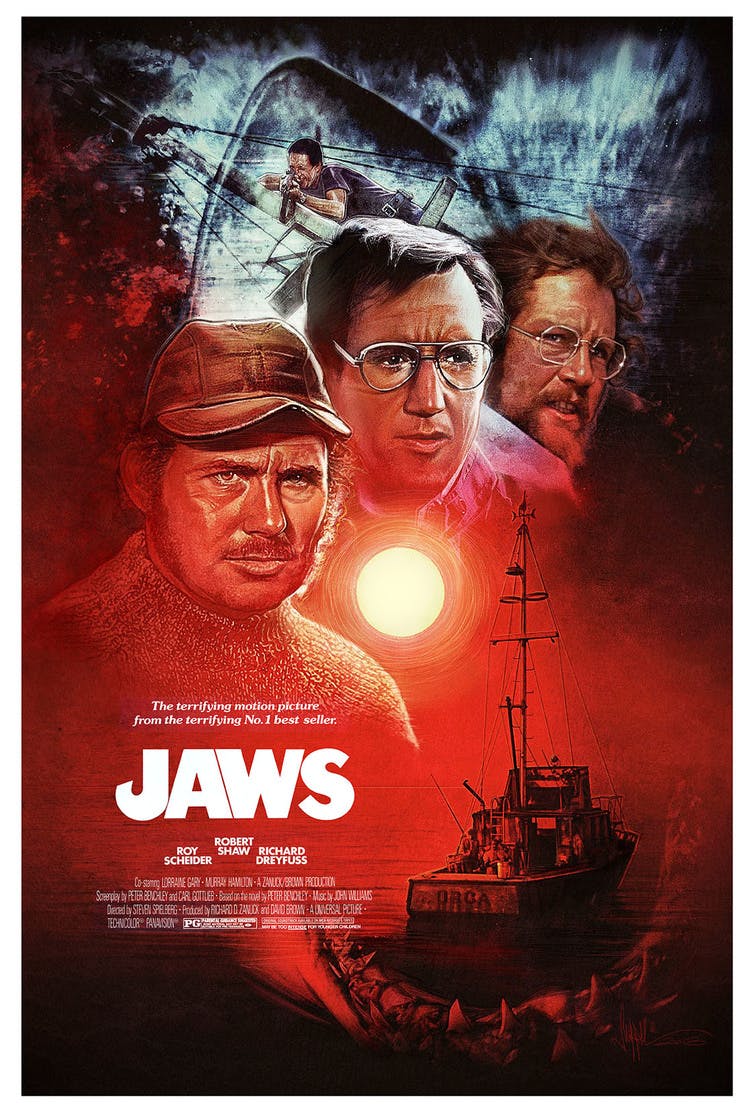 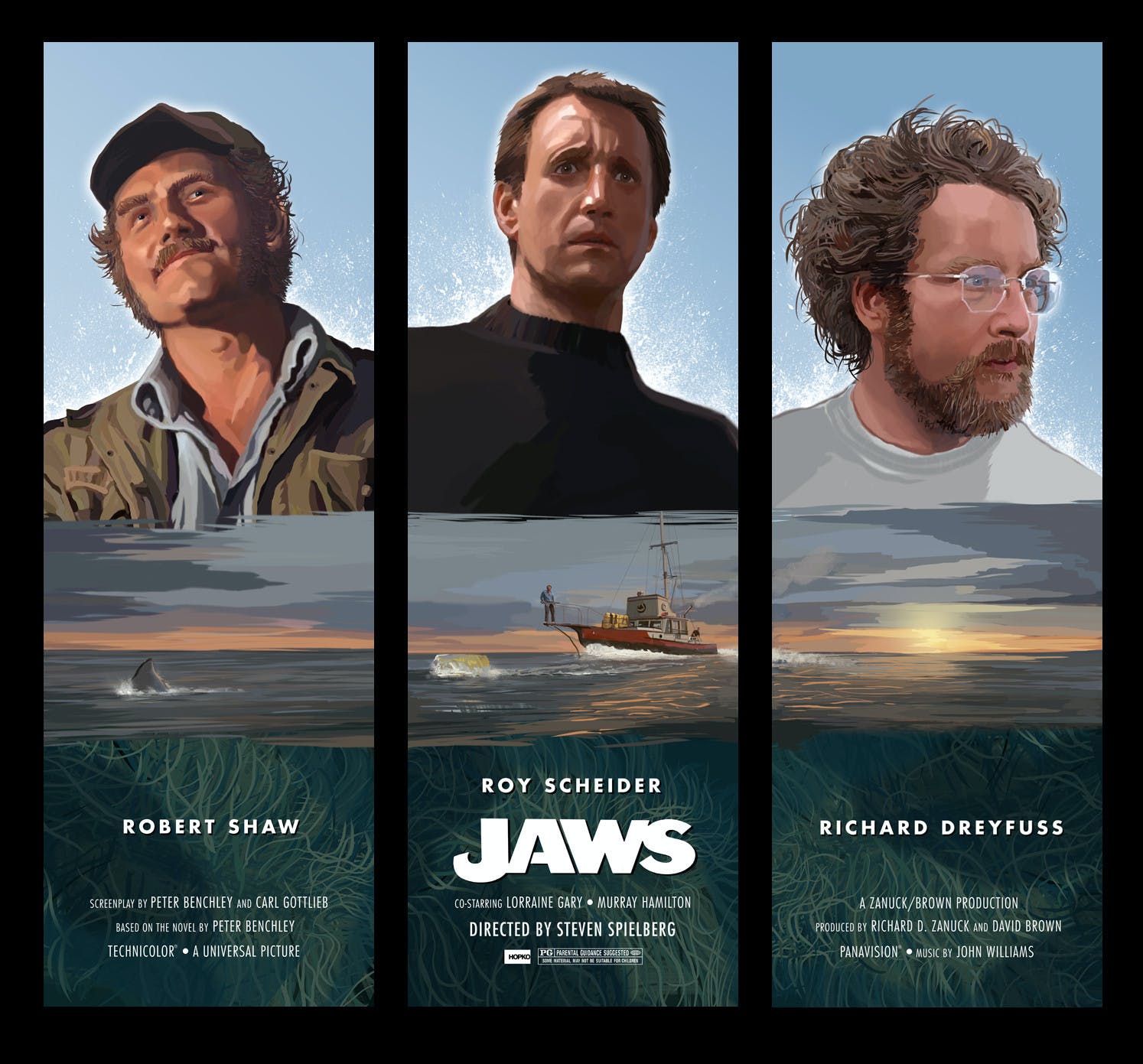 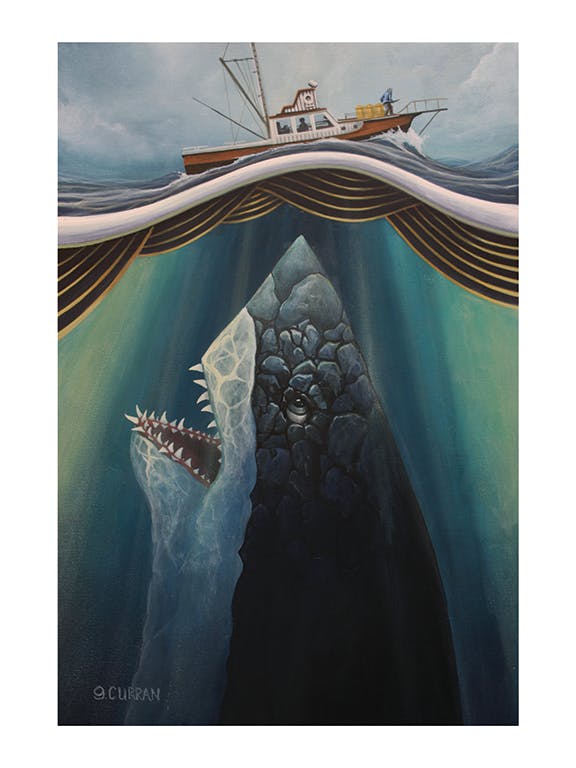 Yes, this is Roy Scheider riding the shark (nicknamed Bruce by the crew): 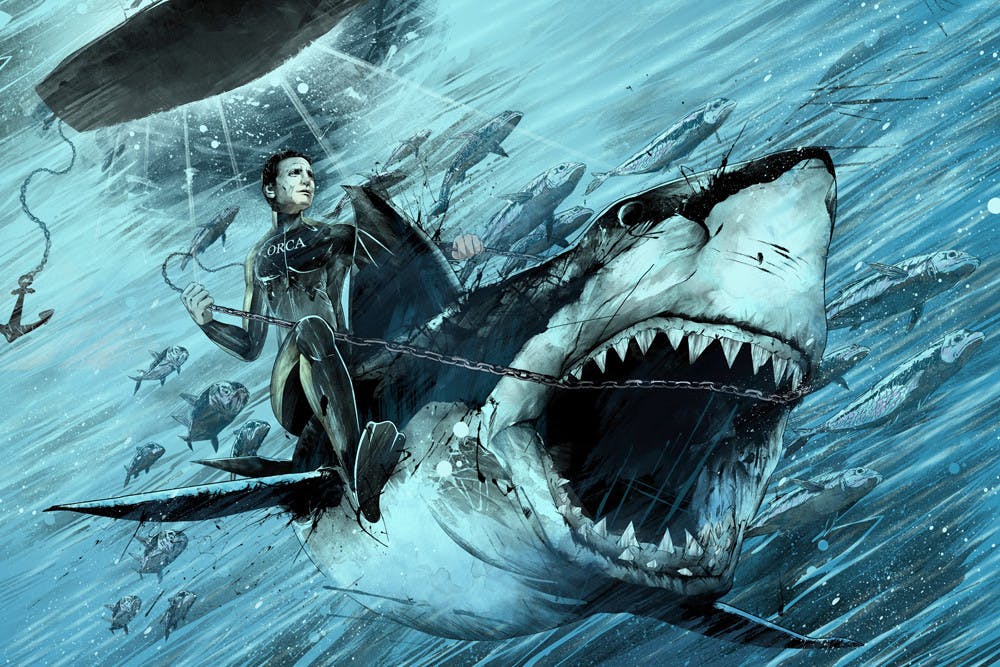 And what art tribute would be complete without Jaws and the boys forming a band and taking their act on the road? 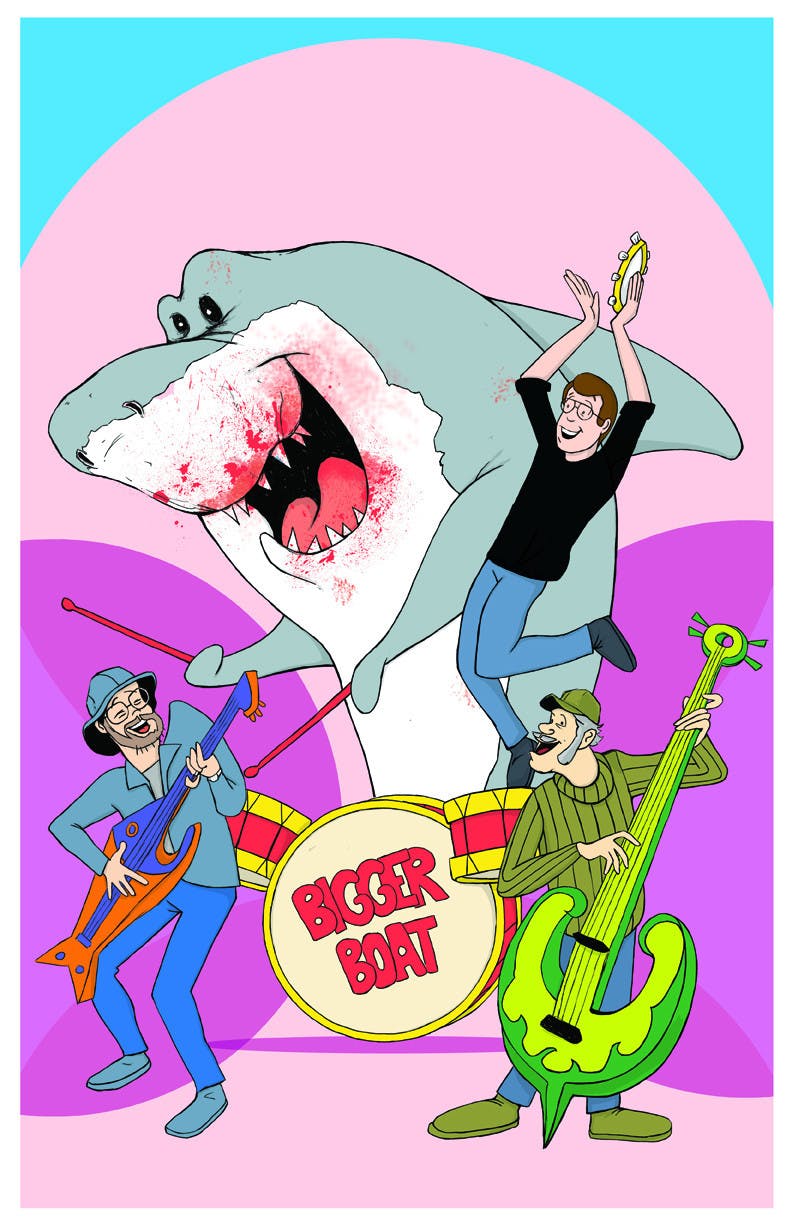 Of course, art tributes come in all shapes and forms, like this hilarious/amazing baby crib from toy designer Joseph Reginella:

And this chibi fanart from Pixiv user ???: 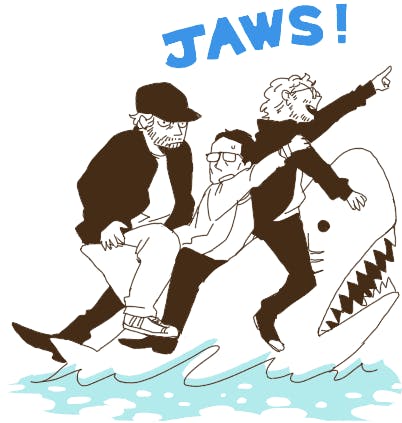 This stunning piece by Kylie Brown on Deviantart: 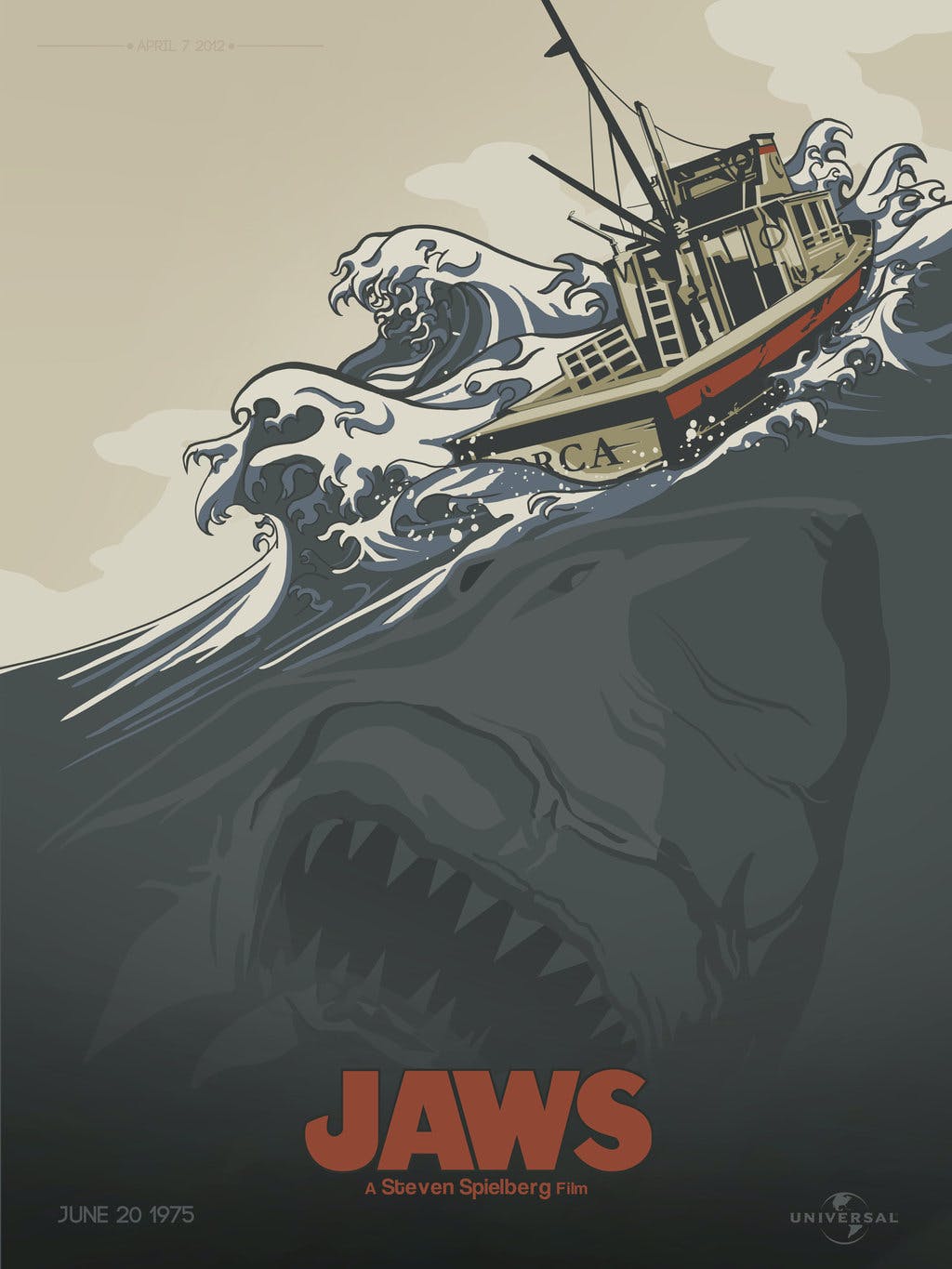 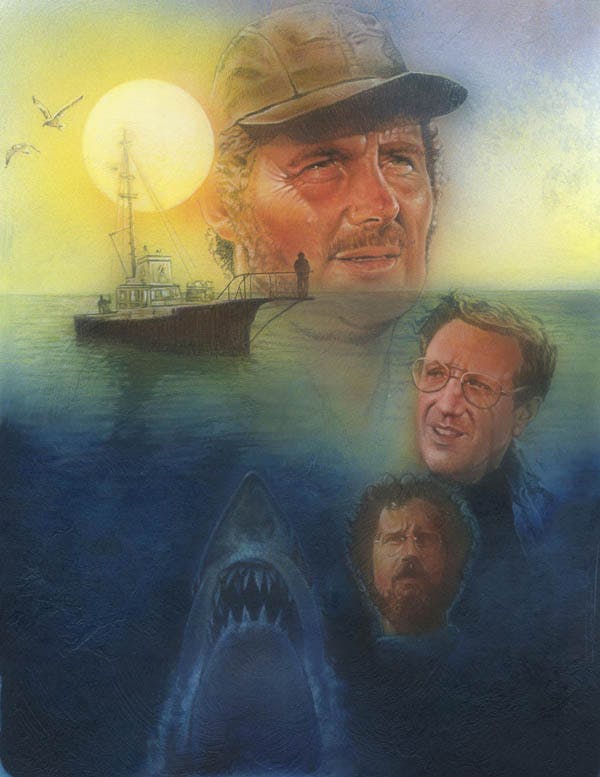 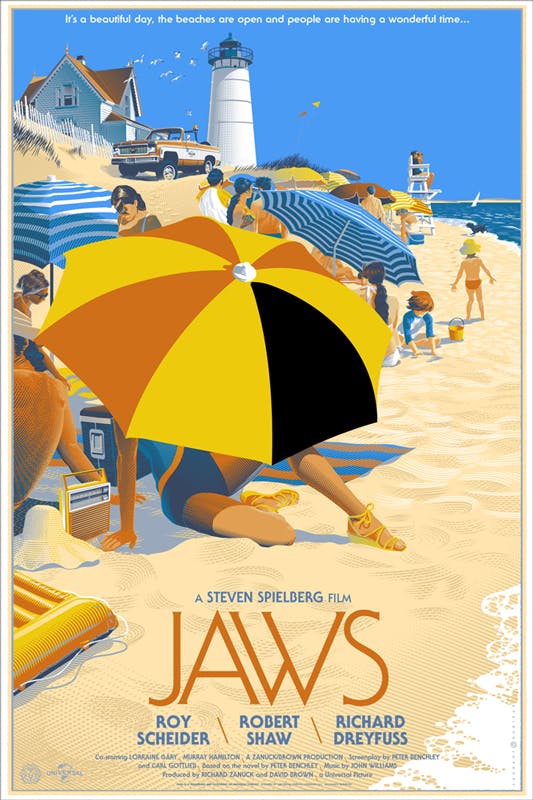 And last but not least, this 1989 poster design for the now-extinct Universal Studios Jaws ride in Orlando. 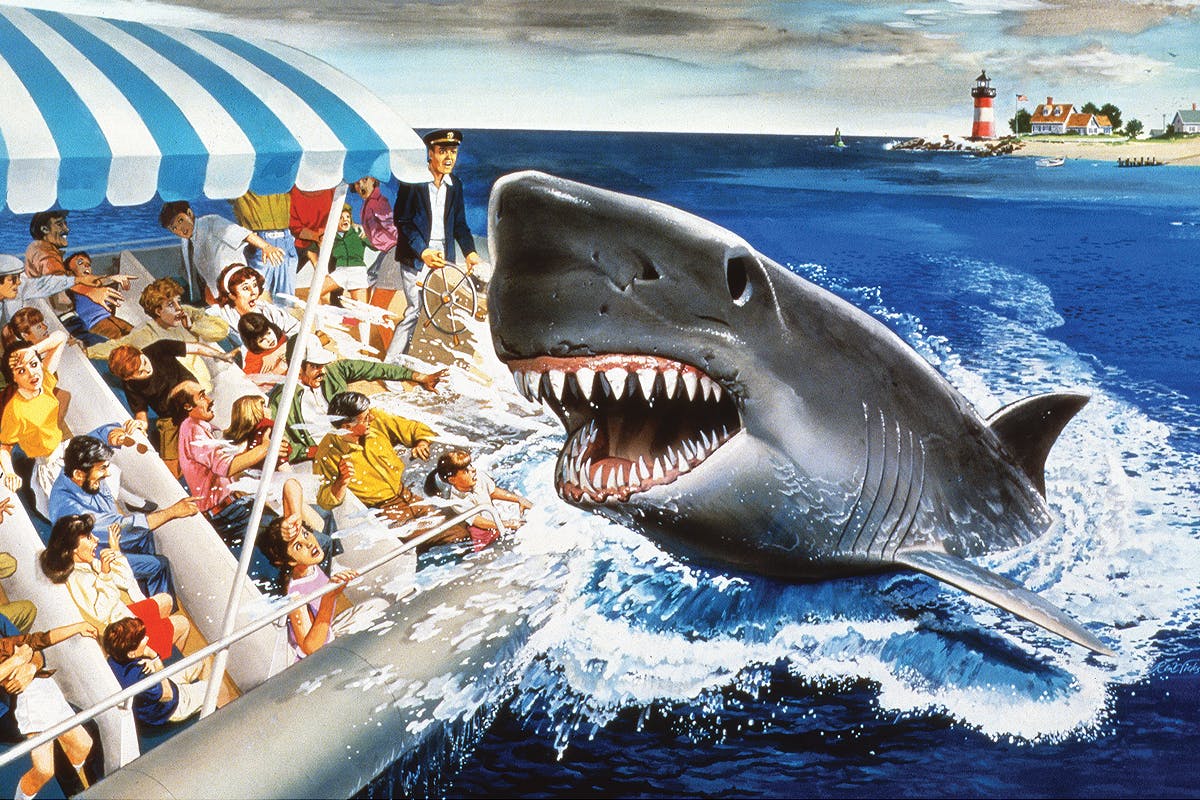 The ride has since been converted into Diagon Alley in the Harry Potter attraction, but homages to its predecessor still exist throughout the area.

Apparently once you’ve been bitten by Jaws, one of you never lets go.