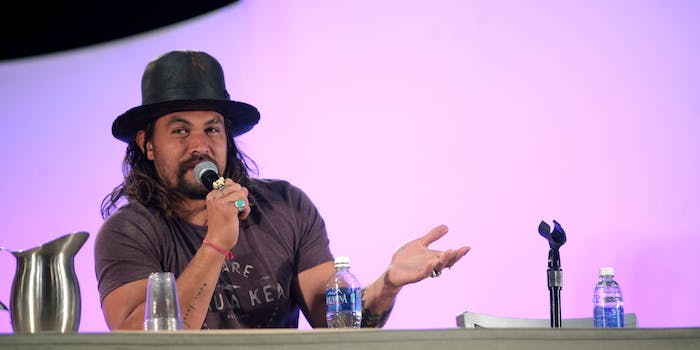 What's he doing in Ireland?

We’re in the midst of another Game of Thrones hiatus—one that could last up to a year—but aside from the occasional casting call leak and Maisie Williams’s infectious excitement over season 7, it’s been pretty uneventful. We no longer have #KitHaringtonHairWatch to obsess over, but a new conspiracy is emerging with one actor’s surprise visit to the city Game of Thrones calls home.

A few days ago Jason Momoa, Game of Thrones’s Khal Drogo and professional Daenerys Targaryen fanboy, stopped by a pub in Belfast, Northern Ireland, to grab a pint with Game of Thrones showrunners David Benioff and D.B. Weiss. The three stayed friends with after Momoa’s time on the show.

If he does end up sneaking into season 7, we might have the Guinness to thank for it.