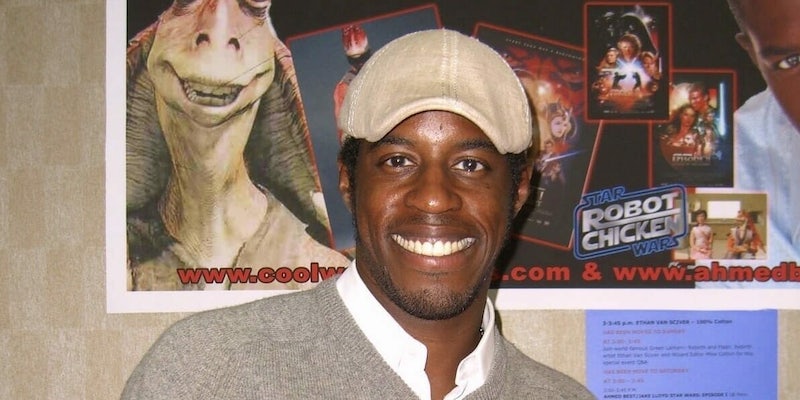 Fandom harassment can have a serious impact on its targets.

Jar Jar Binks has long been a punchline in Star Wars fandom, but few people consider the resulting impact on actor Ahmed Best. He provided the voice and motion-capture performance for Jar Jar in the Star Wars prequel trilogy, and he’s had to contend with mockery and disgruntled fans since 1999.

Speaking out on Twitter on Tuesday, Ahmed Best opened people’s eyes to how that backlash affected his life. In the caption to a photo with his son, he revealed he had once contemplated suicide.

20 years next year I faced a media backlash that still affects my career today. This was the place I almost ended my life. It’s still hard to talk about. I survived and now this little guy is my gift for survival. Would this be a good story for my solo show? Lemme know. pic.twitter.com/NvVnImoJ7N

Harassment is an ongoing problem in Star Wars fandom, not just between fans but aimed at the cast and crew. Back in the early 2000s, the backlash against The Phantom Menace caused child actor Jake Lloyd to quit acting soon after his big break as Anakin Skywalker.

Toxic fandom is an especially high-profile issue following the release of The Last Jedi. Director Rian Johnson inspired hatred among a vocal minority of conservative fans, who believe he ruined the franchise by giving Luke Skywalker an unexpected storyline and/or casting too many women.

Meanwhile, actress Kelly Marie Tran quit social media due to prolonged harassment. And while The Last Jedi has become the focal point of the culture wars around Star Wars fandom, Daisy Ridley and John Boyega faced similar backlash after The Force Awakens from fans who objected to a woman or a Black man being the figureheads of the new trilogy.

Lots of love to you Ahmed. I think there are many of us who’d get quite alot from hearing your story.

Hopefully by speaking out about his own experiences, Best will remind fans that this kind of harassment has real-world consequences and goes far beyond acceptable behavior for criticizing a movie.