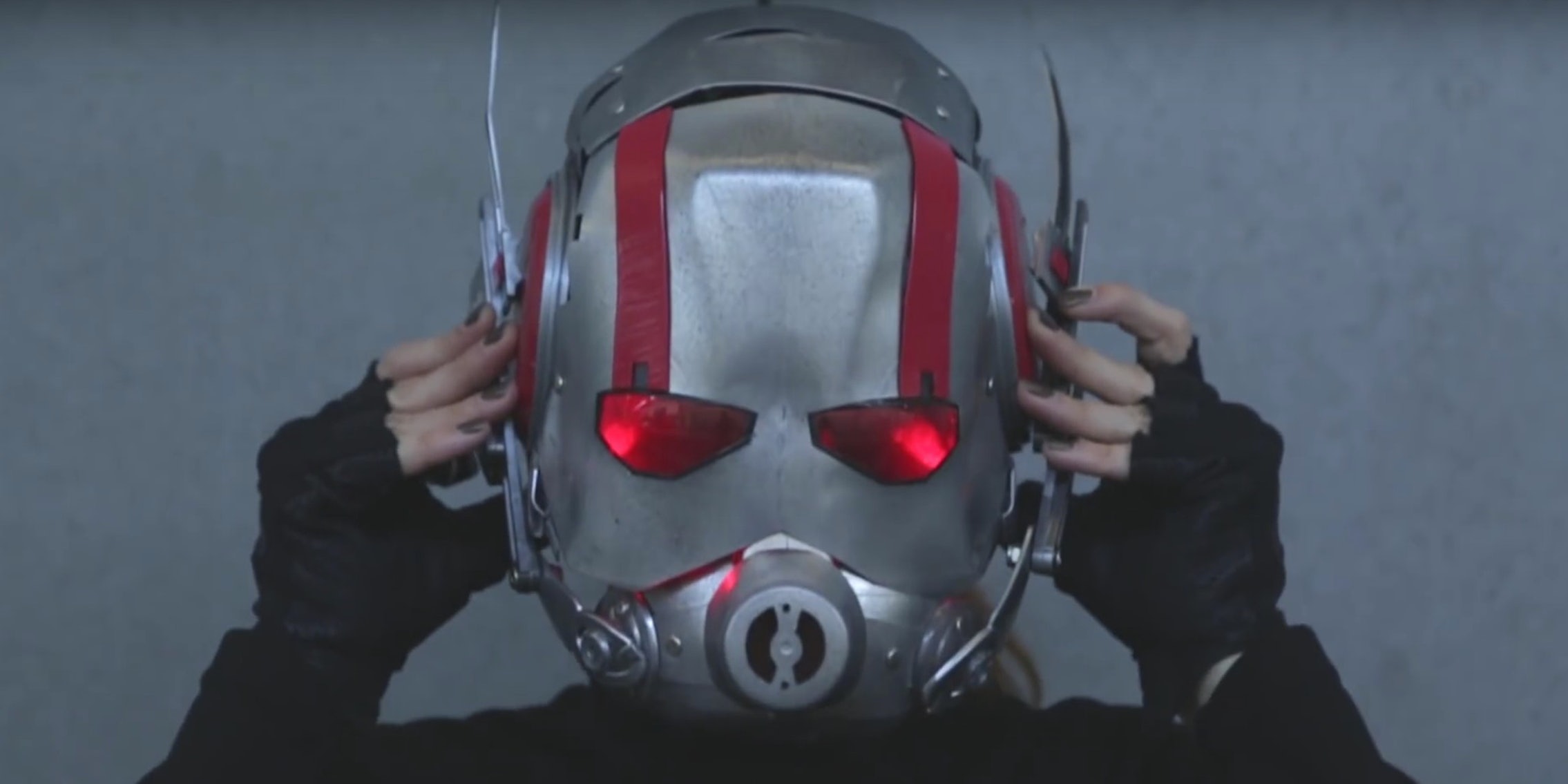 Superheroes, technology, and more feature in this designer's Instructables.

If you love superheroes and are searching for a last-minute Halloween costume, looking for a cosplay idea, or just want to have some DIY fun, give this upcycled Ant-Man helmet a try. In just 15 steps and using materials you can probably find lying around somewhere in your daily life, this Instructables project will help you get one step closer to becoming the Marvel hero.

The project was created by fashion designer and artist Mikaela Holmes, who is a content creator for the Instructables design studio and has more than 25 Instructables on the website.

“I’m generally a big fan of comic book movies, and I thought the Ant-Man movie was great. I’ve made things with recycled materials before but I’ve never tried making something quite like this, something that was supposed to look like metal, so I thought it would be a fun challenge,” she told the Daily Dot in an email interview.

In the Instructable, Holmes explains what materials she used for each piece of the helmet but also suggests other materials that could work. For example, she used safety glasses and a red sharpie for the eyes but says that red-tinted sunglasses could work as well. To find the right materials, Holmes just kept her eyes open for what could work.

“I raided a lot of recycling bins where I work, and found quite a few of the materials I could use in our shop and at home. Looking for the right shaped objects actually turned into a fun treasure hunt. I did buy a few things at a hardware store too, but mostly I was able to make use of what I could find,” she said.

Considering the range of items used to create the right shape for each piece of the helmet, the end product looks impressive. If you’re nervous about giving such a creative project a try if you haven’t had much experience with DIY or crafting, don’t let that stop you. Holmes believes this project is great for anyone who might not have much experience. 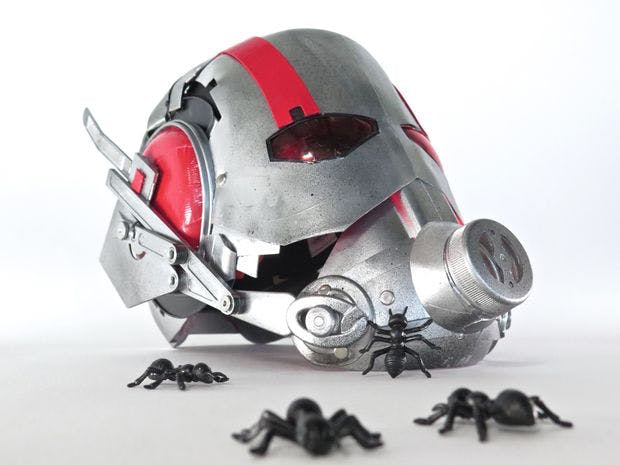 “Making this helmet really didn’t require any specific skills, just a good eye for how to imitate shapes. I would say that having a mannequin head to build on top of (which you can usually get cheaply at wig store or craft store) is a huge help for any headpiece project because it allows you to get correct positioning and proportions without taking the whole thing on and off your head a million times. Also, hot glue, zip ties and spray paint are your friends,” she said.

While this is now Holmes’ job, it didn’t start out that way. She fell in love with the Instructables community when she was an artist in residence at the Pier 9 Studio.

“After my residency I kept writing Instructables about the projects I was making. Eventually Instructables reached out to me because they wanted someone to create leatherworking focused projects for the site, and my job has grown from there,” she explained.

If you’re not interested in Ant-Man, Holmes has many other projects you can try instead like a cocktail quiver and programmable fiber optic fairy wings. Many of her projects include a creative use of technology and light. Her work has been influenced by her studies in costume design, fashion, and fine art, and she believes “in the transformative power of costumes and clothing.”

“I think the right costume doesn’t disguise you it helps you become yourself. I try to make a lot of my work ride the line between costume and clothing, and I’ve found an interesting niche for this kind of design by creating custom pieces for clients to wear for parties, performances, Burning Man, even a few amazing weddings. I like incorporating tech (mostly lighting) into my work because I think it is an exciting, under-explored aesthetic in clothing,” Holmes said. “Illuminated wearables aren’t just for raves, lighting can be subtle, dynamic and even practical. I see it eventually becoming a widespread aesthetic in fashion, but also it’s just magical. I still feel a little like Harry Potter every time I turn the lights on in one of my costumes. Lumos!”

You can learn more about Holmes’ work on her website and find her projects on Instructables.