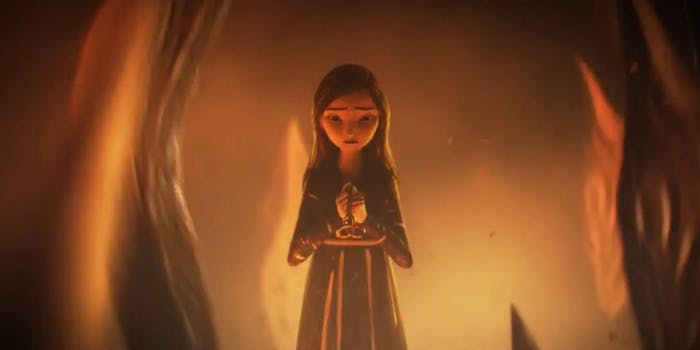 Following her series of Pottermore posts about wizarding culture in North America, J.K. Rowling has published the history of America’s first magical school, Ilvermorny. The new story includes an intriguing array of details about witchcraft and wizardry in America, new magical creatures, and the school’s Hogwarts-inspired house system.

Ilvermorny was first revealed in January, along with other wizarding academies around the world. The school’s American alternative to the Hogwart’s houses—Horned Serpent, Wampus, Thunderbird, and Pukwudgie, named after four creatures from Native American folklore—were leaked last month due to a glitch on the Pottermore site, but Rowling’s new story confirmed the names.

Pottermore teased Ilvermorny’s backstory with an animated trailer, which you can watch on Twitter.

Ready to discover #Ilvermorny for the first time? Delve into the rich history of the North American school…https://t.co/UBFdY5RMVD

The tale of Ilvermorny begins in 17th-century Ireland, with a young orphan named Isolt Sayre. Fleeing from her bigoted, abusive aunt (a classic trope of the Harry Potter stories), Isolt disguised herself as a boy and boarded the Mayflower, becoming one of the first wizarding colonists in America.

We won’t spoil the rest of the story for fans who are eager to read every new morsel of Harry Potter canon, but we will say that Ilvermorny provides some clear contrasts to Hogwarts—especially regarding its relationship with the muggle (or “no-maj“) world. Just as Hogwarts heavily influenced the culture of wizarding life in Britain, Ilvermorny will surely effect the way witches and wizards behave in the U.S.

While Rowling’s post focuses on Ilvermorny’s origins, it also touches on some relevant details for the upcoming Fantastic Beasts and Where to Find Them. For instance, Ilvermorny’s houses don’t correspond directly with Gryffindor, Ravenclaw, Hufflepuff, and Slytherin:

“It is sometimes said of the Ilvermorny houses that they represent the whole witch or wizard: the mind is represented by Horned Serpent; the body, Wampus; the heart, Pukwudgie and the soul, Thunderbird. Others say that Horned Serpent favours scholars, Wampus, warriors, Pukwudgie, healers and Thunderbird, adventurers.”

In some extreme cases, a student will be offered a place in all four houses, and is then allowed to choose for themselves. One such student was Seraphina Picquery, the 1920s MACUSA (Magical Congress of the USA) president who appears in in Fantastic Beasts, who decided on Horned Serpent.

You can find out which house you belong to now that Ilvermorny sorting has launched on Pottermore. 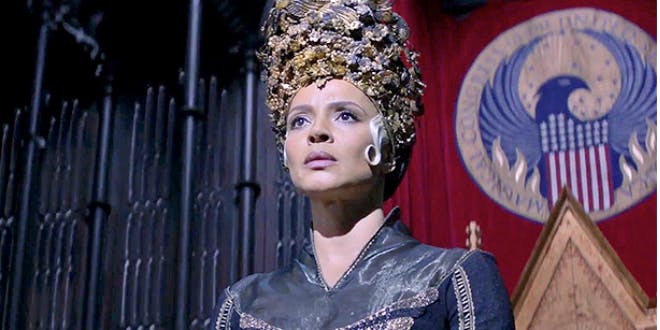 Fantastic Beasts and Where to Find Them

Along with the human history of wizarding America (or rather, colonial wizarding America), this post features several new magical creatures. The most significant seems to be the pukwudgie, a race of goblin-like creatures who remain an integral part of Ilvermorny to this day. We wouldn’t be surprised if a pukwudgie character turns out to be the Dobby of the new spinoff franchise.