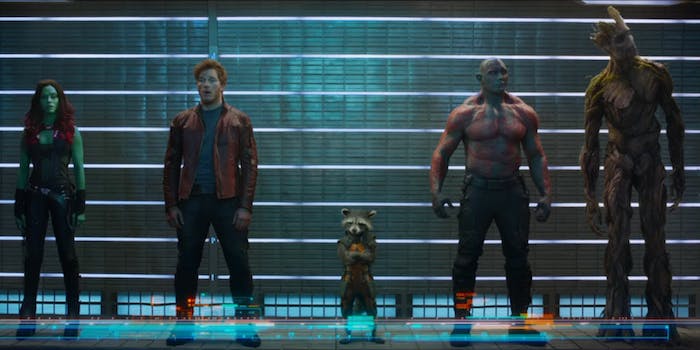 ‘Guardians of the Galaxy’ Vol. 3 is officially put on hold

Disney has begun to feel the financial pressure.

The most recent development, besides the formal halt on production, is Drax the Destroyer actor Dave Bautista tweeting out a video of far-right activist Mark Cernovich bragging that he doxxed a journalist.

“Hey, @Disney! Here’s your guy! What an inspiration to humanity!” Bautista tweeted alongside the video.

Hey @Disney ! Here’s your guy!! What an inspiration to humanity! https://t.co/vBW7s1ZtQx

Cernovich was a major factor in getting Disney to fire Gunn. Cernovich helped lead a social media campaign that brought a spotlight to tweets from Gunn, many of which were at least a decade old, that contained jokes about sensitive topics, including pedophilia and AIDs. Disney shortly parted ways with Gunn afterward, failing to acknowledge that the campaign against Gunn was largely predicated on an argument made in bad faith by conservative Twitter.

Gunn is known for using his Twitter platform (with 554,000 followers) to vocally speak out against the Trump administration and other conservative politics. Conservative Twitter trolls took the opportunity to dig up Gunn’s old tweets, with Cernovich later using his success on Gunn to go after comedian Michael Ian Black, lending less credibility to Cernovich’s argument that he was just looking to expose someone with a negative past.

Bautista has spent the ensuing weeks being the most vocal cast member to speak out against Gunn’s firing. Bautista has threatened to quit Guardians of the Galaxy 3 if Disney doesn’t use Gunn’s script. The cast of Guardians issued a formal letter voicing its support for Gunn and its distaste for the overall situation, expressing discouragement that people could be so easily duped into believing conspiracy theories about the director.

As for the film’s crew members working behind the scenes, multiple reports indicate that many of them have been at least temporarily let go, with recommendations to find other work.

The Guardians of the Galaxy Vol. 3 was originally scheduled for a 2020 release date. With the film’s production halted, and the Marvel Cinematic Universe’s dependence on a clear continuity between most of its films, it’s unclear how Disney will tackle this mess.