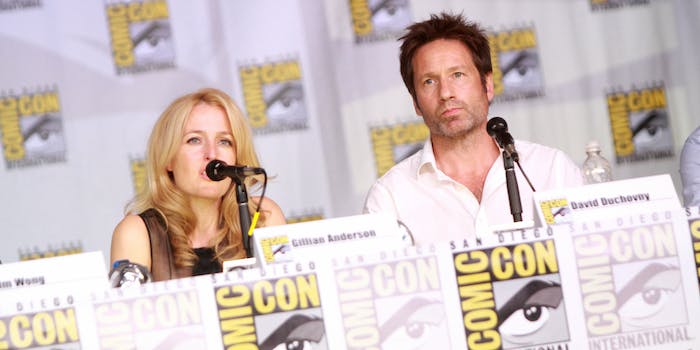 Gillian Anderson weighs in with authority on ‘X-Files’ women issues

Gillian Anderson isn't happy with the lack of women directors on 'The X-Files.'

The X-Files came under fire this week for hiring zero female writers for season 11. Now, actress Gillian Anderson has spoken out about the show’s hiring problem.

Anderson responded to the controversy on Twitter, highlighting the fact that The X-Files also suffers from a dearth of women directors. Despite being one of the two lead actors, Anderson herself faced sexism throughout the show’s run, routinely offered a lower salary than her co-star David Duchovny.

And 2 out of 207 eps directed by women. I too look forward to the day when the numbers are different. #TheFutureisFemale https://t.co/38SVdTfCR1

In a similar vein, Buffy only aired four episodes by female directors during its seven-season run. It’s an important reminder that while TV shows can have a cultural impact onscreen (Scully and Buffy are both feminist icons), things are more complicated behind the scenes.