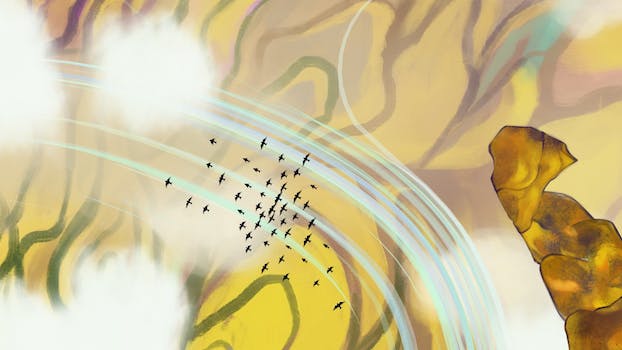 Gathering Sky will take you to your happy place

This game is for the birds.

There are a bunch of insane games being shown off at the Game Developers Conference 2015, but the one that was most compelling involved some birds on an iPad.

Gathering Sky is a new game from A Stranger Gravity, a small studio with only three developers.

The concept is incredibly simple: Your finger is used to guide a bird around rather serene skies. As you navigate around, you must avoid obstacles, boost through cross currents, and find other birds to join your flock.

It’s not a game that requires you to beat a boss or get a high score. It’s simply just an experience, one that wants you to be engulfed in calmness and lose yourself in a meditative experience.

The art definitely deserves attention. It resembles a painted canvas, and the earth below incorporates oils to give it a brushed look. The beautiful score by composer Dren McDonald, who’s worked on projects such as Counter Strike: Global Offensive and Transformers: Age of Extinction, fills your ears with whimsy. The liberal use of woodwind coupled with an upbeat alto and bass section only adds to the experience.

Gathering Sky is aiming to release this April for Steam on PC, Mac, and Linux as well as iOS and Android.