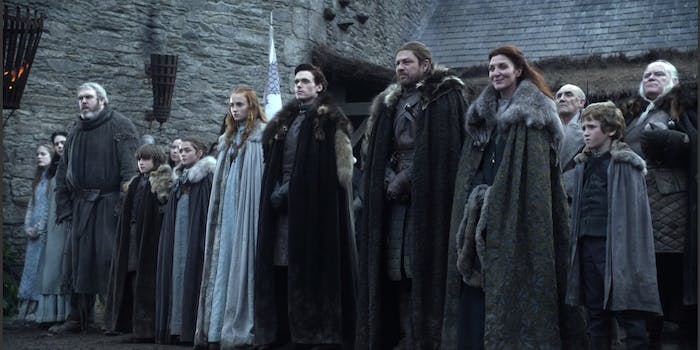 ‘Too Many Cooks’ meets ‘Game of Thrones,’ and the results are horrifying

Time to get that song stuck in your head again.

Remember “Too Many Cooks”? The sick and twisted 11-minute video from Adult Swim swept up the Internet in a take storm almost six months ago, but it’s light fodder compared to the lives of those in Westeros.

These 11 minutes of delightful seven hells are ripe with Game of Thrones characters, and it speaks volumes about just how many characters George R.R. Martin managed to stuff in his books. Like the original, it takes a few minutes before things get really creepy, and then it’s smooth rocking in the fetal position from here on out. Parts of the song even match up eerily well.

Creepiness? Check. Murder? Check. Psychopaths running rampant? Check. The only thing missing is the outright cannibalism—and there’s plenty of that in the books.