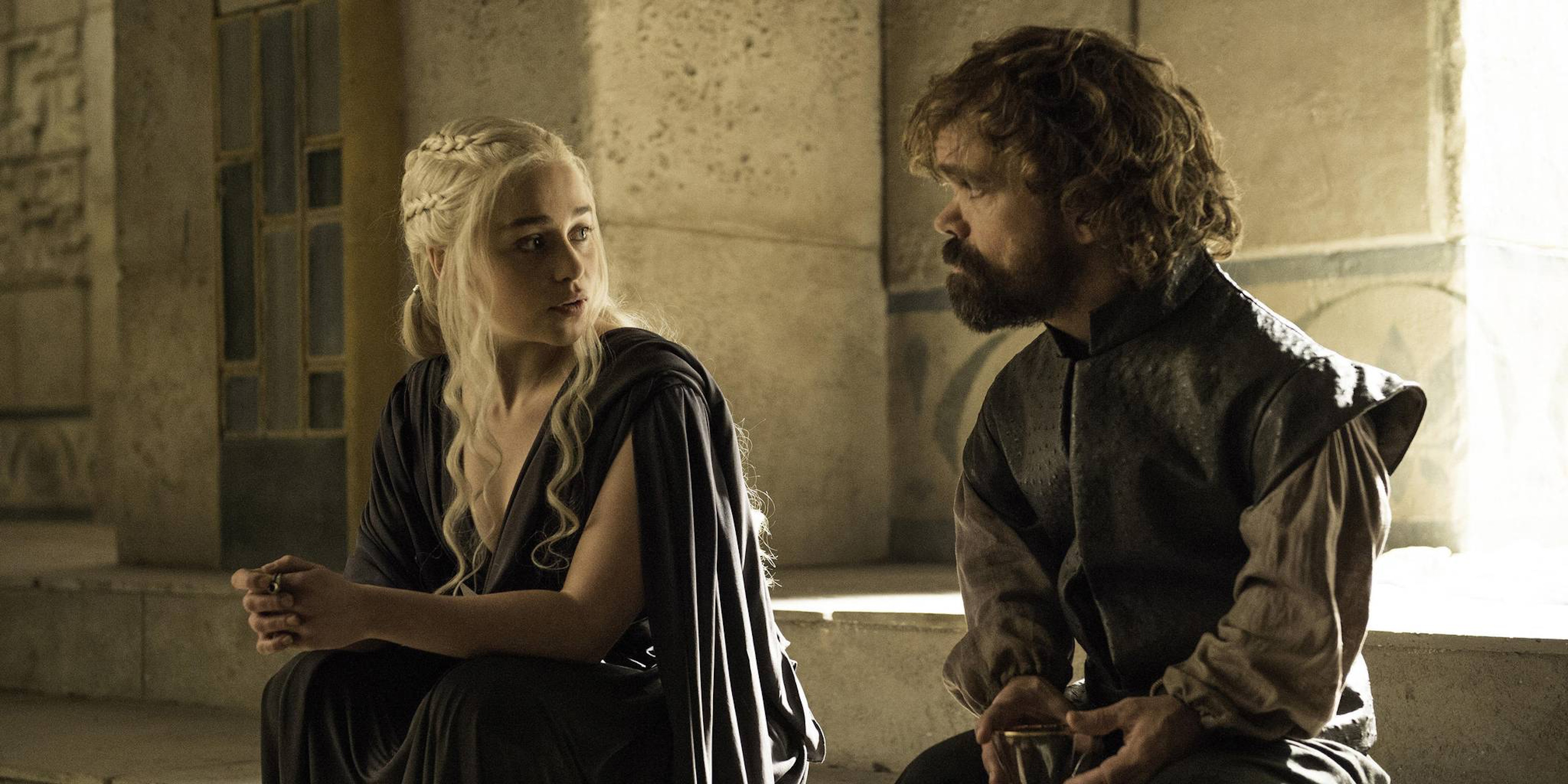 Warning: This article contains potential spoilers for the seventh season of Game of Thrones.

With a production as massive as Game of Thrones (and one that often shoots outdoors), it’s become increasingly more difficult for the show to keep everything under wraps until a new season premieres. (Just look at Jon Snow last season.) Speculation has mostly surrounded which actors have been spotted on the main set in Belfast, Northern Ireland, such as the return of a sickly knight and a potential family reunion.

But new information from the Game of Thrones set suggest that Westeros’ most anticipated meeting might finally happen next season.

Photos of the meeting first surfaced online over the weekend from Watchers on the Wall, Spanish Game of Thrones site Los Siete Reinos, and Deia, which published updates on the latest scenes shooting in Spain. Actors Peter Dinklage, Nathalie Emmanuel, Conleth Hill, Liam Cunningham, and Jacob Anderson (Tyrion Lannister, Missandei, Varys, Davos Seaworth, and Grey Worm respectively) were all there, but the main draw was two actors who appeared on set. Emilia Clarke and Kit Harington have never acted together on Game of Thrones, and their book-adjacent characters have yet to meet—until now.

The photos are blurry, but there’s no mistaking that white-blond hair and the dark, wavy mop. Daenerys Targaryen and Jon Snow were finally sharing the same space.

And soon enough, video of one instance of their meeting—filmed from afar by a set-watcher—ended up online.

It’s unclear just where the characters are (one report indicates that they’re in Dragonstone, Daenerys’ birthplace and the former stronghold of Stannis Baratheon), but wherever they are, they appear to be alone—or alone with their own allies watching from afar in case anything goes awry. Daenerys is wearing clothes geared toward colder weather than she had in Essos, while Jon is in the same Stark furs that he’s been donning since he left the Night’s Watch.

Other videos show more interaction between the North (Jon and Davos) and the Targaryen entourage (Dany, Tyrion, Varys, Missandei, and Grey Worm) as filming commences on a bay. Jon and Tyrion, who haven’t seen one another since season 1, reportedly shake hands (which isn’t shown in the videos).

Until we learn more about the scenes, we’re left to speculate about what might happen. What’s most likely? Probably an alliance of some kind.

Daenerys, who’s finally trying to take Westeros, and Jon, the new King in the North, both have a common enemy in Cersei Lannister, the latest ruler of the Seven Kingdoms and the person at the top of Hand of the Queen Tyrion’s shit list. In Jon’s case, the Lannisters are allies of the Bolton force that nearly destroyed the Starks, the Freys who killed Robb and Catelyn Stark at the Red Wedding, and are responsible for the death that started it all: Ned Stark. The Northern folk never wanted all of the Seven Kingdoms, they just wanted to be left alone. While Stannis wasn’t willing to give Robb the North the last time the Starks tried to make an alliance, will Daenerys be more willing?

And on top of that, by the time this plays out, will Jon have learned he’s a secret Targaryen? We’ll leave that to the ravens.

H/T Watchers on the Wall, Brobible