Warning: This article contains spoilers for the most recent episode of Game of Thrones, “The Winds of Winter.”

Game of Thrones fan theories come and go, but the season finale, “The Winds of Winter,” has finally resolved one of the series’s biggest mysteries—one that’s nearly 20 years in the making.

We now know who Jon Snow’s mother is, and it’s exactly who many fans have theorized it to be for years. That doesn’t mean the reveal, which came toward the end of an especially packed episode of Game of Thrones, was any less satisfying.

So what does this mean? In the short-term, nothing for the characters we know and love, but everything for us. Let’s dive in, shall we?

A Game of Thrones, the first book in A Song of Ice and Fire, was released in August 1996. Given that timeframe, the theories surrounding the identity of Jon Snow’s mother have prevailed longer than almost any other.

Ned Stark, publicly known as Jon’s father, told him they’d talk about it after he came back from King’s Landing. (Ned never did come back.) But fans furiously poured over the books and the show, and one way or another, they came to a game-changing conclusion. Jon wasn’t Ned Stark’s bastard. He’s the son of Rhaegar Targaryen and Lyanna Stark, better known online as R+L=J.

(Martin famously asked showrunners David Benioff and D.B. Weiss the identity of Jon’s mother when they went to him about adapting ASOIAF for TV, and they were allowed to make the show after getting it right.)

There is an overwhelming amount of book evidence for the theory, and Game of Thrones has even hinted at it on multiple occasions; a compilation of pre-season 6 footage by YouTube user Robbie McD clocks in at just over eight minutes.

R+L=J posits that Lyanna wasn’t kidnapped and raped by Rhaegar—which directly led to the start of Robert’s Rebellion—as commonly believed in Westeros, but rather she ran away with him. At some point they conceived Jon before Rhaegar’s death. Evidence, such as Daenerys Targaryen’s visions in the House of the Undying and Ned’s constant recollections of Lyanna’s “promise” supported it. Plus, the story of the Tourney at Harrenhal, where Rhaegar and Lyanna first met, is rather significant.

The evidence helped, but the idea of having someone like Jon, who was the literal embodiment of Ice (Stark) and Fire (Targaryen) just sounded poetic.

The Theory That Was Promised

For those fans, they finally got their answer in “The Winds of Winter.” After the show’s Benjen/Coldhands hybrid left Bran Stark and Meera Reed to continue their journey alone (since he can’t pass beyond the Wall), Bran wanted to look into a nearby weirwood tree. It was there he finally got the answer to a question he had earlier that season—what happened after the Tower of Joy?

Ned came across Lyanna covered in blood, likely from childbirth. She didn’t want to die, but she had to get an important message through to Ned as a woman attending to Lyanna puts a child in his arms. 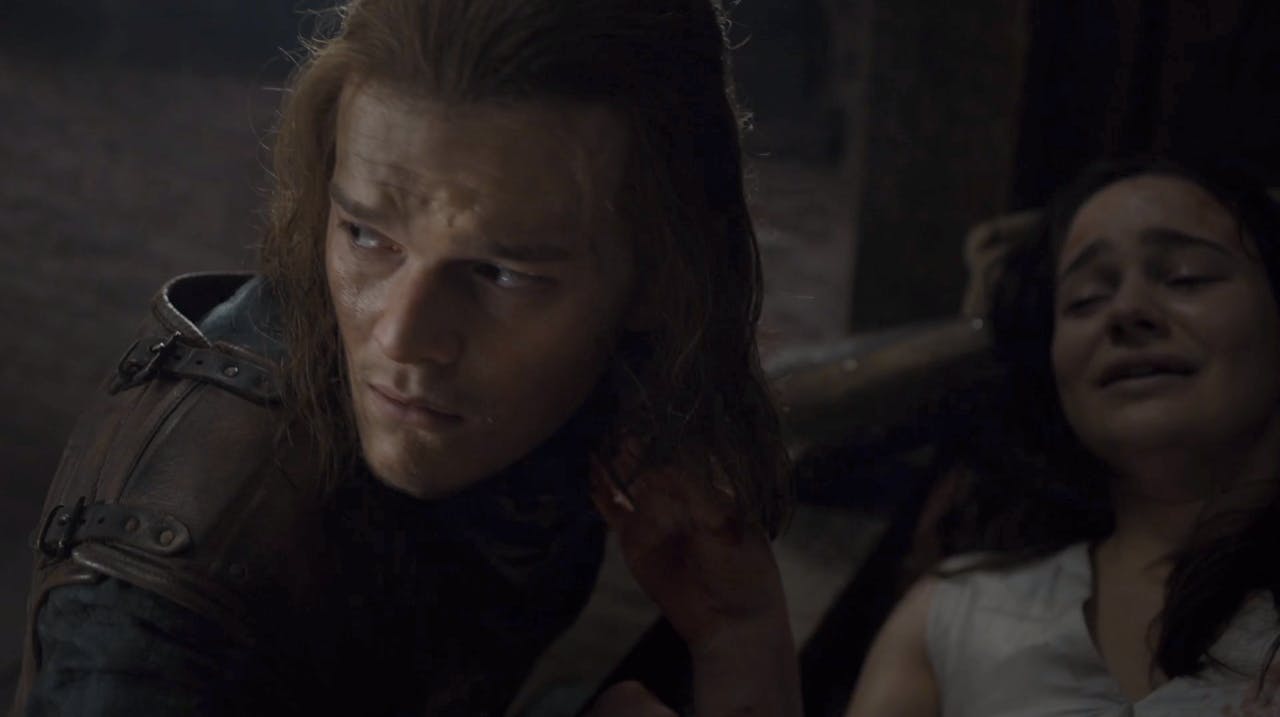 “If Robert finds out, he’ll kill [him]—you know he will,” she whispered. “You have to protect him. Promise me. Promise me, Ned.”

Lyanna Stark is Jon’s mother. And while it’s not explicitly said, we can infer that Rhaegar is the father, considering how Robert Baratheon would react to finding out. And to make it even more apparent, Game of Thrones cut from baby Jon to adult Jon.

Luckily Jon didn’t end up with any of the Targaryen features like their silver-white hair, eh? 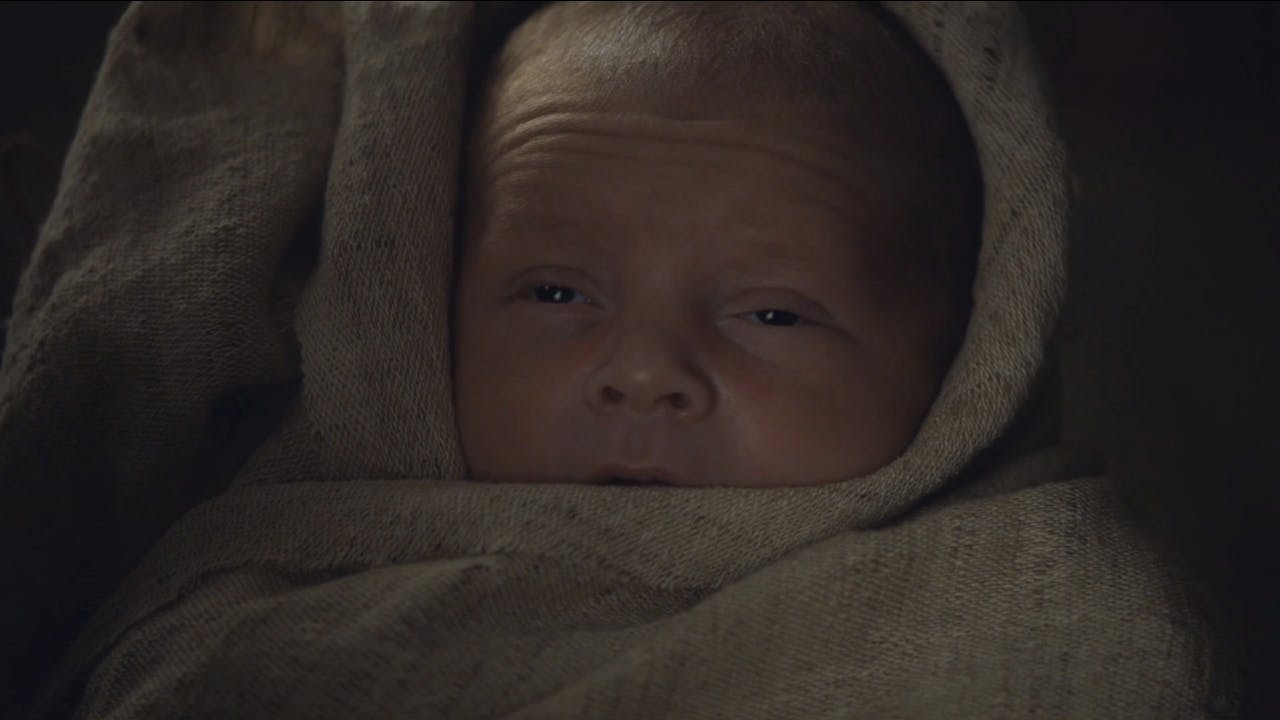 What does this mean for Jon?

We still have to wait until next spring—or The Winds of Winter novel, whichever happens first—to find out, but in the immediate future we can likely surmise that nothing will change.

For one, Bran is the only person (likely aside from Howland Reed, who was at the Tower of Joy with Ned) who knows, and he’s still beyond the Wall. Jon, as the newly crowned King of the North, is unaware and got the title despite Sansa being a trueborn daughter of Ned and Catelyn Stark.

In one regard, the identity of Jon’s parents don’t matter: As far as we know, Jon is still a bastard. Rhaegar married Elia Martell and had two children with her before taking Lyanna away, and even if he has royal and significant parentage, he was still born out of wedlock.

But was he? Some fans posit that Rhaegar, who was obsessed with the Prince That Was Promised prophecy, knew there had to be a third child from his line. His wife Elia was infertile, so he could’ve possibly married Lyanna in secret before he died. (Polygamy isn’t entirely unprecedented with the Targaryens.)

If that’s the case, Jon Snow is no more. Instead, he’d be Jon Targaryen, a legitimate heir to the Iron Throne—and a legitimate threat to his aunt Daenerys, who just left Meereen to take it back.

He might not be Ned Stark’s bastard, but you can be sure he still knows nothing.