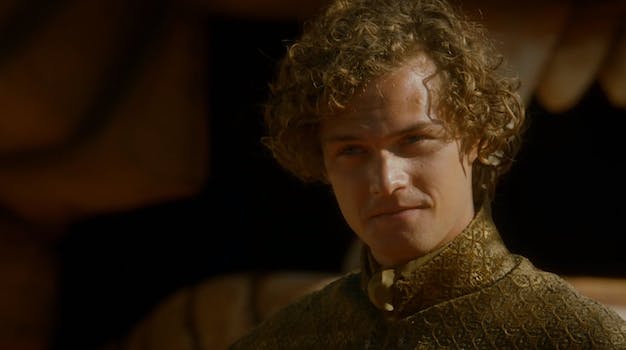 This after petitioned for an Asian-American actor for nearly two years.

Marvel and Netflix may have found Danny Rand, but the news is already receiving pushback from fans.

Rumors that actor Finn Jones, best known for his recurring role as Loras Tyrell in Game of Thrones, will portray Rand and his alter ego in Iron Fist and the planned Defenders miniseries surfaced earlier today after a video from That Hashtag Show appeared online. Touting a previous confirmation of an Agents of S.H.I.E.L.D. casting rumor as proof of its reliability, it pointed the fans in the direction of Jones, noting his recent silence on social media, right around the time Mike Colter (Luke Cage) announced that Rand had been cast.

The report has been backed up by other publications such as Entertainment Weekly and the Hollywood Reporter, although Marvel and Netflix have yet to offer any official confirmation. When Polygon asked Jones’ agent about the casting, the agent said he “wished the rumors were true.”

In the comics, Rand is shown to have blue eyes and blond hair, and Jones meets that description. But for many of the people who asked Marvel to cast an Asian-American actor in the role, it’s a disappointment. Tilda Swinton’s casting in Doctor Strange caused a similar backlash.

Rand’s backstory involves the mythical, fictional city of K’un-Lun, a martial arts master, and Rand battling a fire-breathing serpent in order to gain the Iron Fist. The story draws criticism from fans because Rand is white and his story is a good example of the white savior trope.

Those in favor of casting an Asian-American to play Rand believe it would help solve the appropriation-oriented aspects of the Iron Fist story while providing some much-needed diversity into the Marvel Cinematic Universe.

Iron Fist is an orientalist-white-man-yellow-fever narrative. Asian actor would have helped subvert that offensive trope, and reclaim space.

Nearly two years ago, fans pushed for Marvel to cast an Asian-American to play Iron Fist, and at the time Keith Chow pointed out over at the Nerds of Color how changing the race of the character wouldn’t affect any other part of Iron Fist’s story but could still do some good.

“What does change, however, in making Danny non-white is that it removes the white savior syndrome of the original story,” Chow wrote. “In the comics, it turns out Danny is the most gifted student Lei Kung had ever trained. Because of course he is. For all the fans who might decry an Iron Fist racebend, do you really want yet another white-guy-is-better-at-being-Asian-than-the-Asians story? But if Danny is Asian American, the scenes of him embracing the ways of K’un-L’un can be viewed through the lens of cultural re-connection.”

Until Marvel and Netflix confirm this casting, the Internet is doing what it does best: Snarking at the show they’re going to get while mourning the one they might’ve had.

I SEE THEY HAVE CAST THE NEW IRON FIST THEN pic.twitter.com/aDs14tOcyp