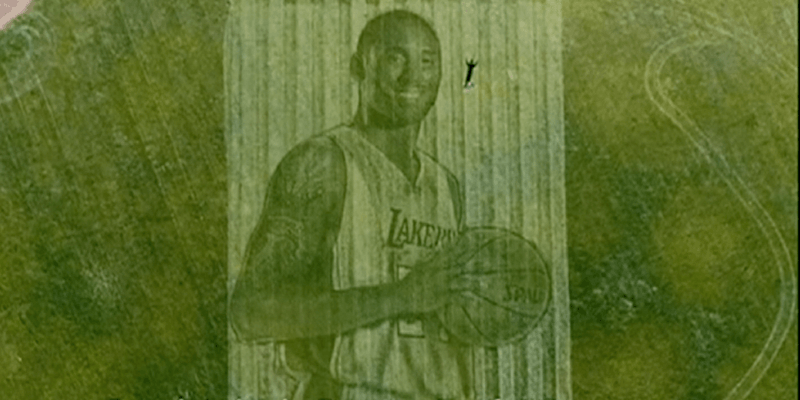 'I did it to represent our community and let the community be a part of this closure.'

A couple in California has created a massive mural of late basketball star Kobe Bryant, with the help of a lawnmower and GPS.

Pete Davis and Kelli Pearson, owners of Turfprinter technology company New Ground Technology, uploaded to YouTube last week footage of the mural being built at a park in Pleasanton.

The mural, which is 115-feet tall and 92-feet wide, first began as a simple black and white image. That image was then loaded into Davis’ GPS-guided lawnmower, which creates dark and light shades by bending grass blades with air.

Speaking with CNN, Davis says he and his wife created the mural to show their respect to the 41-year-old basketball icon.

“For me, it’s a community effort,” Davis said. “You feel helpless and there’s really nothing more you can do in the situation. But in our space, I did it to represent our community and let the community be a part of this closure.”

Pearson also noted that both she and her husband were huge fans of Bryant, both on and off the court.

“This tragedy came as a huge surprise. He was an amazing person, amazing family man and an amazing athlete,” Pearson said. “Fortunately, we have this technology that allows us to do this huge tribute.”

The mural is just one of countless that have begun popping up across the world.

Bryant passed away on Jan. 26 in a helicopter crash that also took the life of his 13-year-old daughter Gianna as well as seven others: Christina Mauser, Ara Zobayan, John Altobelli, Keri Altobelli, Alyssa Altobelli, Payton Chester, and Sarah Chester.