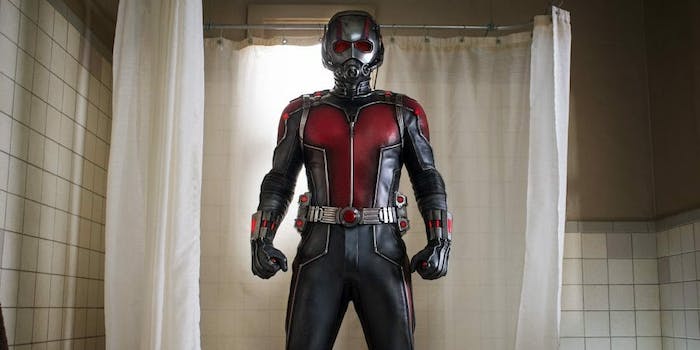 He's never seen 'Ant-Man,' and he never will.

Edgar Wright has every reason to be disgruntled about Ant-Man, a film he left due to creative differences after years of work behind the scenes. Now that his new movie Baby Driver is out to rave reviews, he feels more comfortable discussing that 2014 split with Marvel.

He’s already made it clear that he doesn’t want to watch Ant-Man, and hasn’t even seen the trailer. Speaking to UPROXX, he said, “It would kind of like be asking me, ‘Do you want to watch your ex-girlfriend have sex?’ Like, ‘No, I’m good.'”

“The closest I came to it was that somebody sitting near me on a flight was watching it. And when I saw that the person sitting next to me was going to watch the movie, I thought, hmm, maybe I’m going to do some work on my laptop.”

He’s still good friends with Paul Rudd, and told him that while he’d never watch Ant-Man, he did see Captain America: Civil War, and thought Rudd’s performance was the funniest part. As for his professional relationship with Ant-Man‘s replacement director Peyton Reed, they never even met. “I think the last communication I had with him is I said, ‘Please don’t just use my storyboards,’ and then I’ve never spoken to him anymore ever since.”

Three years on, he says he has no regrets about deciding to leave the movie. “I still get paid for the writing residuals,” he points out. “The only thing I regret is the time wasted, my time and [writer] Joe Cornish’s time wasted.”

UPROXX inevitably asked him about Phil Lord and Chris Miller’s recent departure from Han Solo, which drew comparisons with Wright’s experience on Ant-Man. Wright diplomatically avoided taking sides in the creative conflict with Lucasfilm, merely commenting that Lord and Miller “are very talented and they will be fine.”