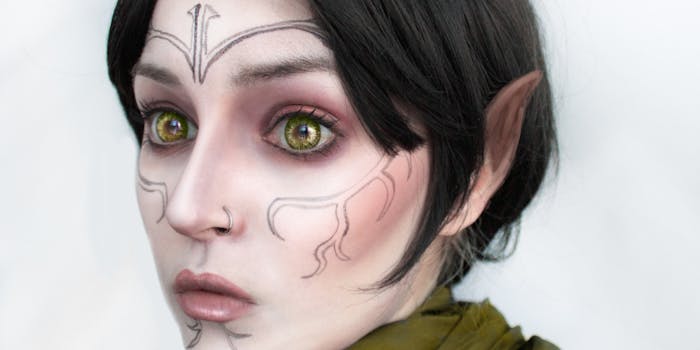 When Tumblr user battymakeup decided to make a side blog to showcase makeup tricks and techniques, she decided to kick things off with a bang: a gorgeous elf tutorial from Dragon Age that as simple as it is impressive.

She shared a photoshoot of herself on Sunday as the Dalish elf Merrill from the popular gaming franchise. It immediately took off among Tumblr’s Dragon Age fans, and no wonder. 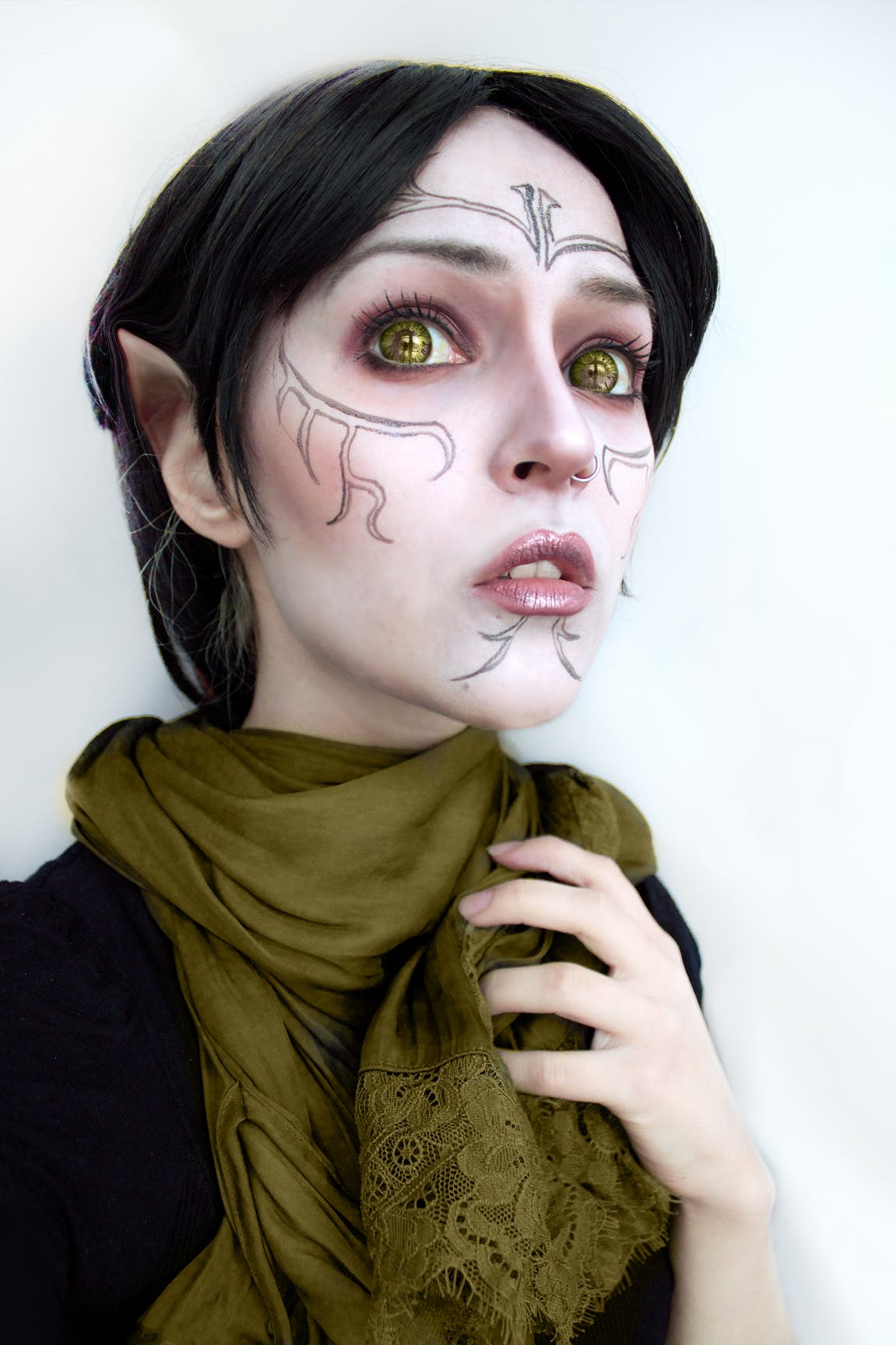 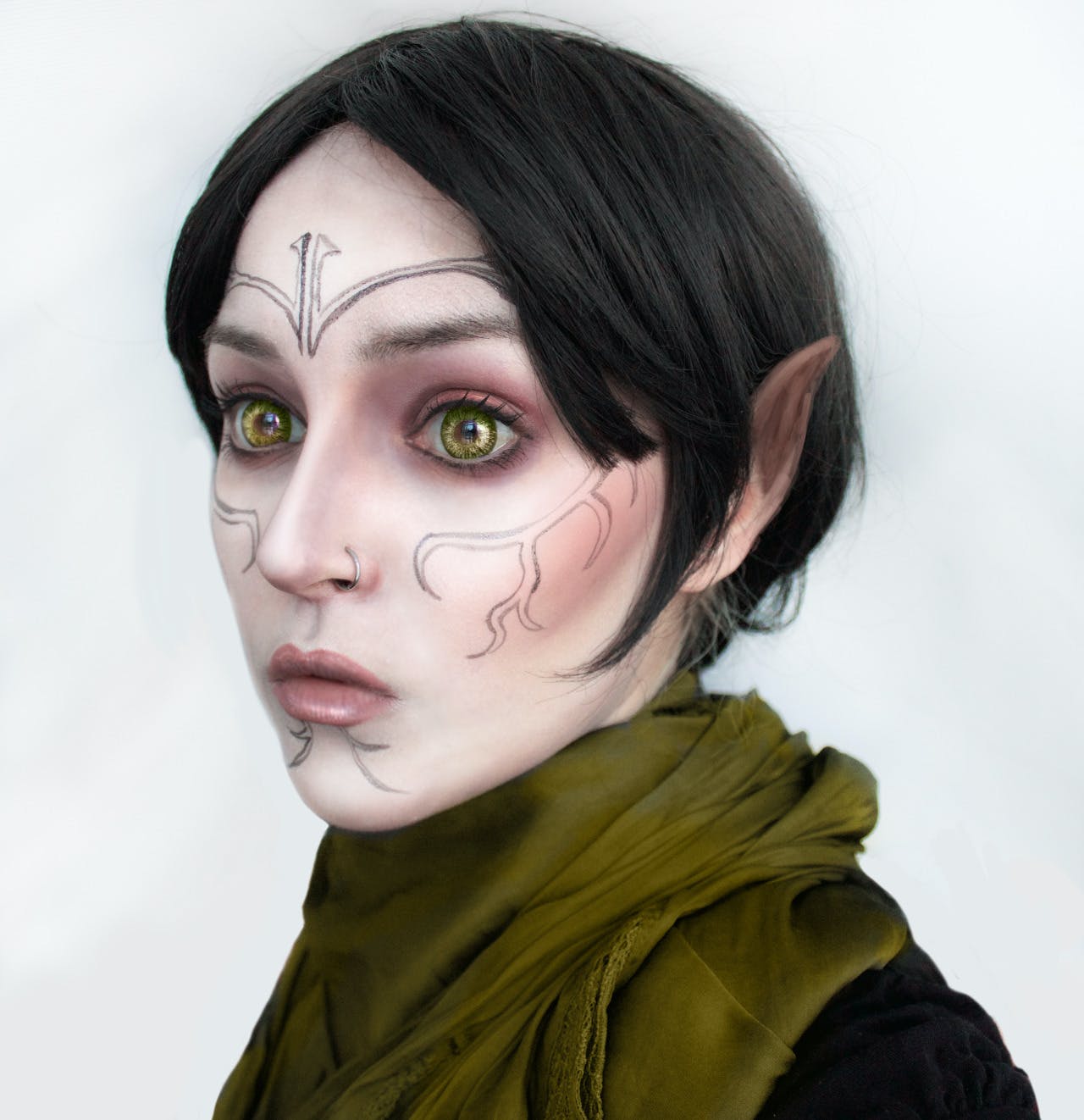 The key to this fantastic look is eye makeup: She uses an enlarged contact lens to give her eyes a more fantastically rounded effect, and then simple eyeliner drawings of vallaslin, or “blood writing”—the name for the elves’ intricate facial tattoos.

“This was very quick and simple as it was done to see if I looked as much like Merrill as I thought I did,” she wrote. Not bad for quick and simple—and here’s how her look compares to the real thing: 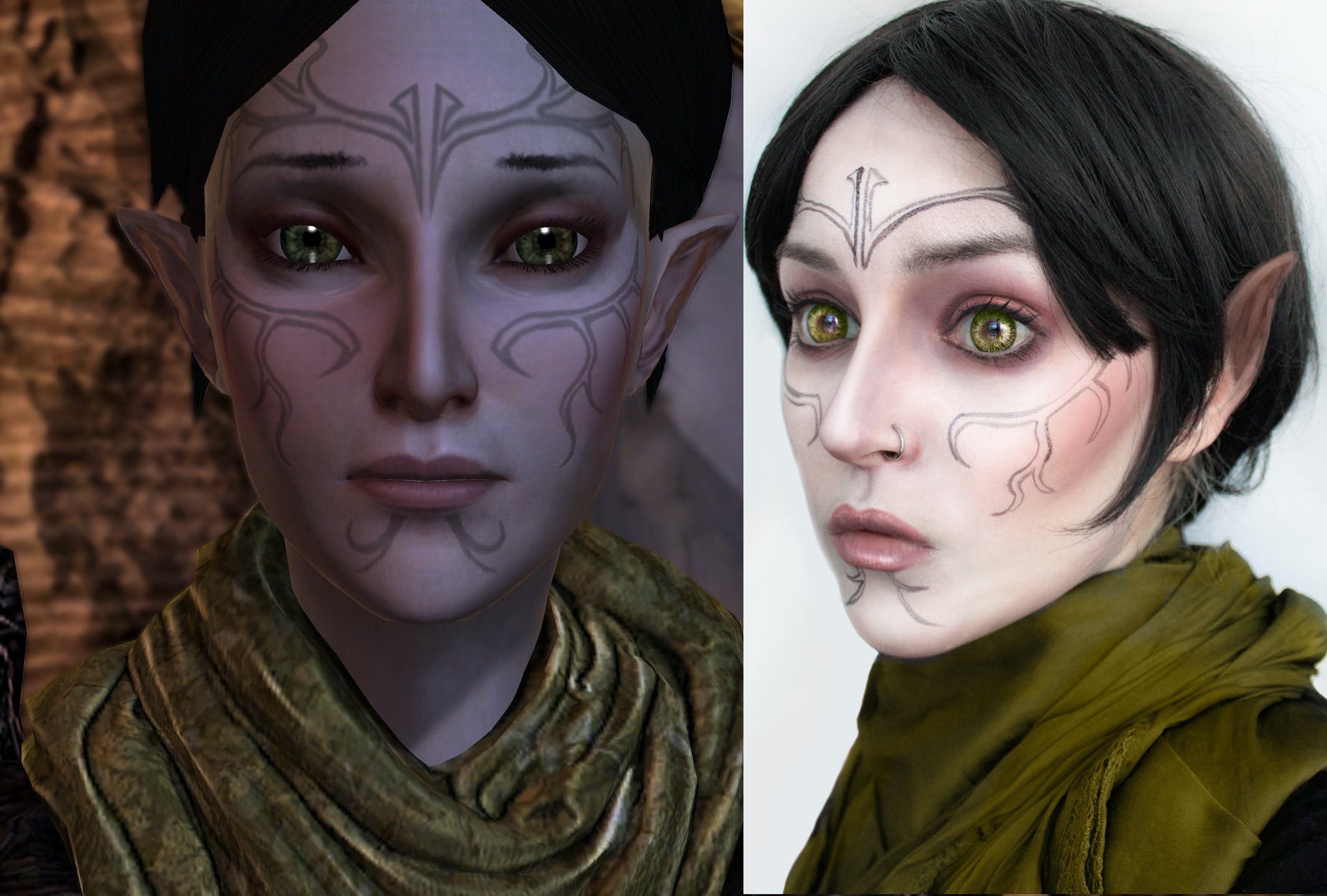 If you’re wondering how to get the smooth blush effect she uses, she helpfully shares her tips:

Face: I put on some face cream and then applied Aromaleigh’s Pashmina foundation in “Ghost.” I then contoured my face and did my eye makeup entirely with Mac’s “Cranberry” and “Sketch” eyeshadows. The blush is “Bittersweet” by Aromaleigh which sadly is no longer being sold but fingers crossed makes a comeback as it’s the most beautiful intensely red blush I’ve ever come by. I used Aromaleighs Laluna highlight in “Lustre” all over my face to give a glow that didn’t transition too well into the photos. Mascara is Buxom Lash Mascara and vallaslin was quickly drawn on with Stila’s Sparkle Waterproof Liquid Eye Liner in “Sequins.”

Wig: I didn’t buy from this seller (I can’t remember who I bought it from at this point) but the wig I used is like this one, parted in the front and clipped back to make it look shorter.

She said she photoshopped her ears, but real-life elf tips can easily be purchased at a general costume shop or online retailer. As for the contacts, she elaborated on those for us as well:

It’s fairly easy to find places to buy them but if you’re looking for sites I’ve ordered some from Honeycolor as well as Pinky Paradise and have had good experiences with both. 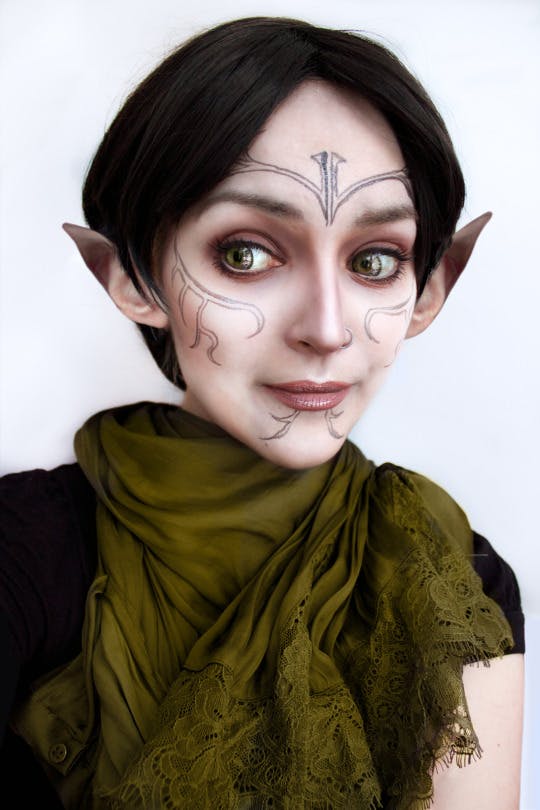 According to her Tumblr, numerous fans joked that she’d used Dragon Age blood magic to achieve the fantasy effect. For our part, we’re just impressed that this is only her first Tumblr post, yet she’s already caught our attention. Magic, indeed.