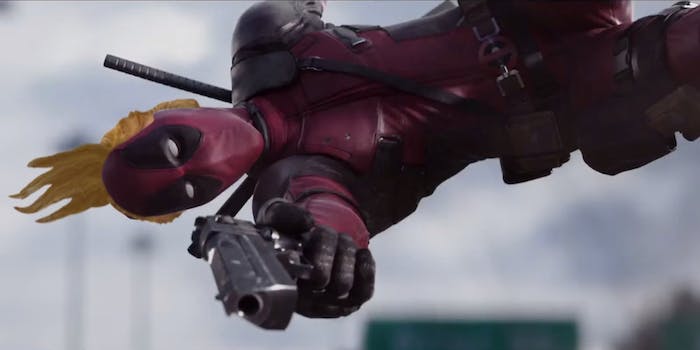 But does he still love tacos and chimichangas?

The Merc with a Mouth has a new face, and it’s just as bizarre as you might imagine.

When the story of the 2016 presidential election is told to future generations, Donald Trump may very well be painted as a comic book villain by other, more-traditional politicians. But he’s probably something more of an anti-hero like Deadpool, who fights both villains and the heroes. Cyborg Monkey, then, made them one in the same.

That pretty much only required editing in some CGI hair—because you know Trump would probably wear it on the outside of the costume—and inserting some of his recent speeches; the scenes with T.J. Miller are almost untouched and work just as well. The end result, with some cameos that are spot-on, demonstrates that Trump is easily the anti-hero we deserve.