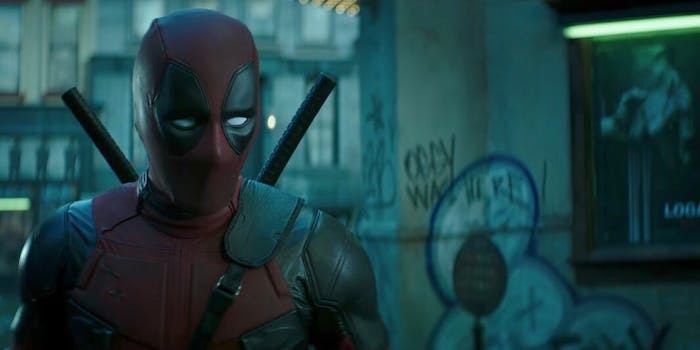 FXX is making a Deadpool TV series with Donald Glover

Deadpool has a new home.

The Merc with a Mouth will soon break the fourth wall in another format—television.

FXX has ordered 10 episodes of an animated Deadpool series from Donald Glover and Stephen Glover, Marvel and FXX announced Wednesday. They will both serve as showrunners.

Deadpool has been a breakaway hit for Fox (which owns the rights to Deadpool), and with a sequel already underway it’s expanding the character’s reach. And for those who worry about Deadpool being tamed for animation, worry not: The show is being described as “adult animation.” (It’ll air on the same network that Archer has made its new home, after all.)

And there’s no way this show isn’t going to reference the movies, right?

“Donald Glover is an incredibly gifted and versatile artist who’ll bring the untitled Marvel’s Deadpool series to life with the same intense, singular vision as his breakout hit Atlanta,” FX original programming president Nick Grad said in a statement. “With the success of Legion, we’re looking forward to again partnering with Marvel Television to create a series that is bold, striking and entirely original.”

“Deadpool, Donald and FX—the perfect fit for the Merc with the Mouth!,” said. Jeph Loeb, head of Marvel Television. “We’re thrilled that our relationship with FX that started with Legion continues with what is sure to be a groundbreaking show in adult animation.”

Donald Glover already has a full plate of projects in the works. On top of the Deadpool animated TV series, he has the Han Solo movie, has been cast in the live-action Lion King movie, and has Atlanta season 2 ahead of him.

The untitled Deadpool TV show will debut in 2018.