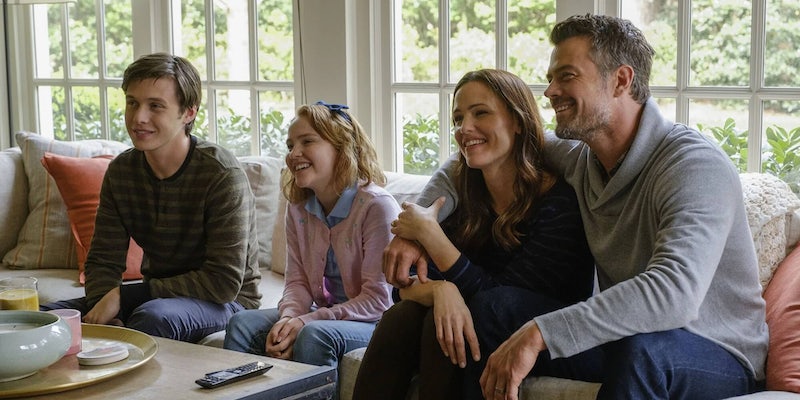 What exactly is ‘too adult’ for Disney+?

Disney+ just rejected a teen sitcom with a gay lead but includes a ton of violent blockbusters. What gives?

Love, Victor, a sitcom spinoff from the 2018 teen movie Love, Simon, just moved from Disney Plus to Hulu, scheduled to debut during Pride month in June. It was going to be the first queer-themed original series on Disney+, but now… well, it’s not.

Love, Simon was the first mainstream studio teen movie to focus on a same-sex romance, starring Nick Robinson as a gay teen in Atlanta. The spinoff stars a different boy at the same high school (Victor, played by Michael Cimino), and covers the same topics you’d expect from a coming-of-age comedy. Love, Simon was rated PG-13 and Love, Victor was originally deemed suitable for Disney+’s family-friendly brand, but like the new High Fidelity remake, Disney moved it to Hulu instead, the home of more adult-rated content. High Fidelity made more sense given the source material but considering Love, Simon‘s relatively squeaky-clean image, its move inspired speculation that Disney is just leery about promoting LGBTQ content. So, what is “too adult” for Disney+?

According to Deadline, High Fidelity and Love, Victor both “involve realistic portrayal of issues faced by young adults that may not be appropriate for families to watch with their young kids, something that has become imperative for a Disney+ program.” In Love, Victor‘s case, that means alcohol use, parental relationship issues, and the protagonist struggling with his sexual orientation. But depending on how you actually depict those topics, they could all be G-rated. Plenty of classic animated Disney movies involve dysfunctional family relationships (Cinderella), young romance (basically every Disney princess), and alcohol use (Gaston in Beauty in the Beast). And that’s before we get into the live-action movies.

Disney+ already includes 10 Things I Hate About You (which definitely includes teen drinking and sexual themes) and Pirates of the Caribbean (which is riddled with booze, violence, and innuendo). Its two big franchises, Star Wars and Marvel, both fall squarely in the PG-13 zone, packed with (admittedly gore-free) violence including people being blown up, shot, stabbed, decapitated, and asphyxiated in deep space. When it comes to more ambiguous “adult” themes, Iron Man is a playboy with a drinking problem, whose entire character arc centers around his struggles with PTSD. Star Wars is all about conflicted family relationships and a war between fascist overlords and plucky insurgents, kickstarted by a 9-year-old boy being rescued from slavery, losing his mother, and later marrying a woman who dies in childbirth while he gets burned alive.

This isn’t to say that the MCU or Star Wars are unsuitable for children, and we accept that they are. Some of the adult themes in these films go straight over the heads of younger viewers, and some parents will choose to skip more violent scenes or prevent sensitive kids from watching until they’re older. Avengers: Endgame, for instance, is probably not an ideal film for most 7-year-olds, while Thor is probably fine.

When it comes to Disney+’s new original content, Star Wars and Marvel are still the two flagship franchises. The Mandalorian was a huge hit: a kid-friendly show with a very simple storyline… whose ruthless mercenary protagonist kills dozens of people and is constantly surrounded by criminals. The upcoming MCU shows are expected to keep the films’ PG-13 rating, but they seem like they might be more “adult” than The Mandalorian, continuing the stories of characters like the Falcon, Loki, and the Winter Soldier. There’s absolutely no way these shows won’t have mature themes and violence. What they probably won’t have is openly queer protagonists and overt sexual content.

It’s not exactly a surprise that Disney’s idea of “kid-friendly” content is wildly uneven. In mainstream American media culture (including the MPAA rating system), sexuality is invariably perceived as more dangerous and mature than violence. Star Wars and the MCU are full of death, torture, and trauma, and they’re hugely profitable elements of Disney’s family-friendly brand. However, their sexual content is pretty mild. Captain America can fling a Nazi into an airplane propellor, or watch his best friend be brainwashed and forced to commit a mindless killing spree, but he only shares a brief kiss with his girlfriend, so that’s fine. It’s also no surprise when queer content is automatically seen as an edgier choice than straight romance. The double standard couldn’t be more obvious in Hollywood, emphasizing the homophobic idea that queer relationships are automatically more sexual, dangerous, and adult-rated.

The tween-friendly Love, Simon is directly comparable to 10 Things I Hate About You, which is full of sex references and underage drinking but is still available to watch on Disney+. It’s possible that Love, Victor is edgier than it sounds (after all, we haven’t seen it yet), but at the moment it really does seem likely that Disney backed off because it stars a queer lead. This gets to the heart of the public discussion about LGBTQ representation because Disney+ is now the purveyor of kid-friendly media. Its brand relies on parents being able to trust everything on the platform, and right now that means you can watch a massive library of classic cartoons, Disney TV shows, and blockbuster movies… but virtually none of them include queer people. (Andi Mack and High School Musical: The Musical: The Series are a couple of rare exceptions.) This creates a sequestered environment where murder and genocide are acceptable themes, but queer people only exist in tiny cameo roles. While Disney makes headlines for including an openly gay side-character in its new animated movie Onward, the Disney+ library gives us a better idea of the studio’s attitude to queer representation, and what kind of content is deemed “suitable” for kids.