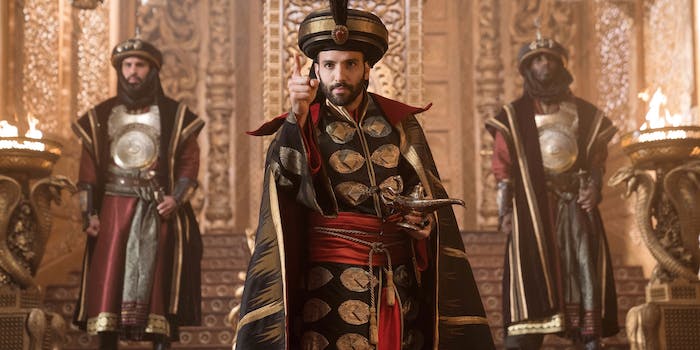 Producers are in the early stages of planning and want to get Guy Ritchie on board.

Audiences seemed to love Disney’s live-action remake of Aladdin, which made a buttload of money at the box office—it’s earned over $1 billion worldwide and is currently the fifth highest-grossing film of 2019—so it’s only natural that producers are starting to look at the possibility of a sequel.

Of course, Disney has yet to officially greenlight an Aladdin sequel, but it’s not outside the realm of possibility. When asked by Syfy Wire, producer Dan Lin did confirm that they’re in the “early stages” of planning a sequel.

“We’d love to,” Lin said “People clearly loved the movie and watched it multiple times and we get lots of fan letters and people asking us to make Return [of] Jafar, and I can just tell you that we’re in early stages right now, but we’re certainly talking about another movie. Like with Aladdin, it will not be a straight remake of any movie that’s been made before, so we’re looking at ‘where’s the best way to go with these characters.’”

Lin also noted they’re looking to get director Guy Ritchie back on board for a sequel.

Like many of the animated films released during the Disney Renaissance, there is already a straight-to-video continuation of Aladdin, which has two sequels. The first sequel, Return of Jafar, is a direct sequel that involves Iago releasing Jafar from his lamp, who wants to enact revenge upon Agrabah. (It’s not as good as the first one, least of which because Robin Williams refused to reprise his role as the Genie.)

A straight adaptation isn’t possible due to both the events of 2019’s Aladdin and the fact that the remake sucked out any of the fun and campiness of the original Iago and Jafar. Seriously, could you imagine a CGI Iago from the Aladdin remake doing this number?

But there is potential. If nothing else, the new restrictions of the Aladdin remake might force the writers, producers, and directors to think outside of the box and craft a story that isn’t—like most of the Disney live-action remakes that came before it and after with The Lion King—just a pale imitation of the animated classic that came before it.