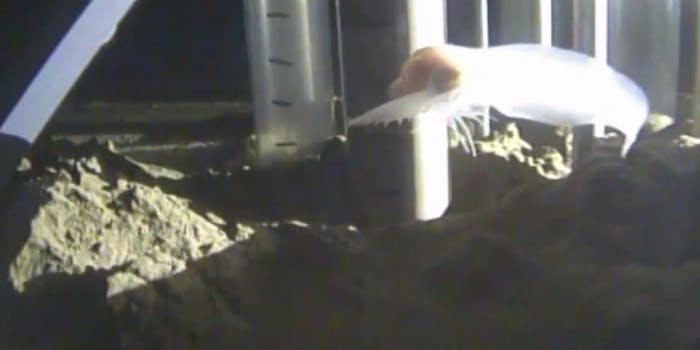 A new fish has been discovered in the deepest part of the ocean.

The appearance of a ghostly fish in the Mariana Trench, the deepest part of the ocean on Earth, has resulted in a new world record. The fish was discovered at an unprecedented depth of depth of 8,143 meters by an international research team led by University of Hawaii researchers Jeff Drazen and Patty Fryer.

The fish is believed to be a previously unknown species of snailfish. According to New Scientist, “it boasts broad, translucent fins, stringy appendages and an eel-like tail that allows it to glide smoothly.” This different body shape is what sets it apart from the other known types of snailfish.

Take a look at the unique, record-breaking fish in the video.