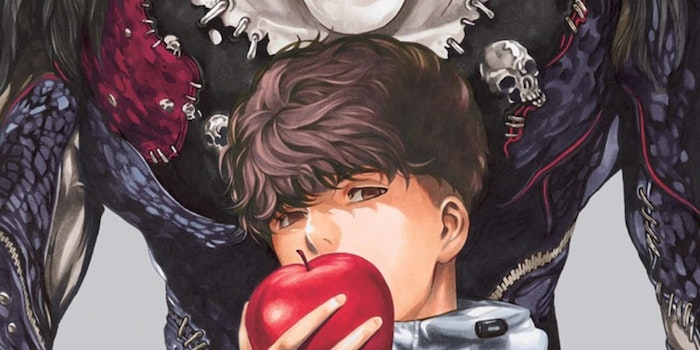 More than a decade after it ended, the creators of Death Note are back with a one-shot that brings Ryuk—and the Death Note itself—into the modern-day.

The 87-page one-shot from creators Tsugumi Ohba and Takeshi Obata, which was first announced last month, is free for anyone to read thanks to Viz. And well, it’s certainly a doozy.

In the Death Note one-shot, the Shinigami Ryuk appears before a boy named Minoru Tanaka and offers him the Death Note (a notebook in which you could kill a person by imagining them and writing their name into the book). The one-shot takes place several years after the events of the manga, in which Light Yagami—a previous owner of the Death Note—was killed by Ryuk after he wanted to kill all humans. Kira, as Light is known by the public during the midst of his killing spree, is someone that students now learn about in school.

Times have changed since Light’s reign as Kira. Technology is much more advanced, so it’s much harder to get anything done without being filmed or traced online. But he has a better idea for getting rid of the book: he’s going to sell it, creating a massive bidding war that reaches all the way to the president of the United States, who’s never named but is clearly designed to look like Donald Trump, who eventually has his own encounter with Ryuk.

You can read the new Death Note one-shot on Viz’s website.