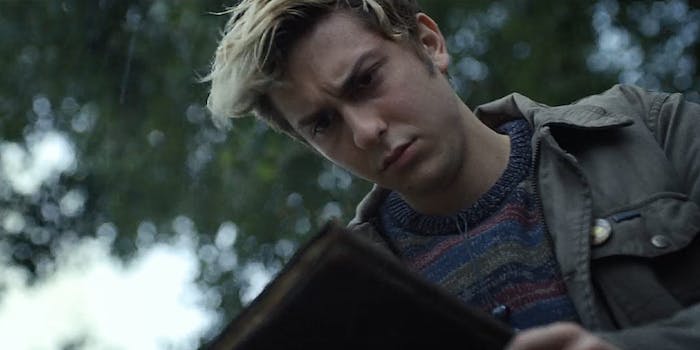 The magic of ‘Death Note’ gets lost in translation

Adapting an anime product into a live-action format for American audiences has proven to be a difficult task. Ghost in the Shell recently fizzled out of theaters for a slew of reasons, and the mere mention of Dragonball: Evolution still makes the troubled few who watched it wince. Given this checkered past, one could forgive fans for being a bit apprehensive when Netflix announced it was releasing an American version of Death Note, one of the most popular anime series to date.

Netflix’s iteration of Death Note tells the story of a Seattle teenager named Light Turner, who is given the powers to kill anyone by writing their name down in a notebook given to him by a god of death (aka a shinigami). This is mostly where the similarities between the film and it’s original product end. Luckily, this review isn’t only about how the film will leave Death Note fans dumbfounded with their jaws ajar. It’s about how Death Note misses the mark of carrying over a story that originally serves as a working metaphor for capital punishment and the idea that anyone can deem themselves judge, jury, and executioner as long as they have the proper means and motivation.

One of the most glaring issues with Death Note is how Light (Nat Wolff) is considered to be extremely intelligent by everyone he comes across. But that’s never really made clear to the audience outside of his ability to do other kids’ homework on a mass scale. Instead of a calm, calculated supergenius capable of an intense chess match, Light is simply presented as a social outcast who steadily makes the honor roll. That’d be fine if his peers—who are clearly more clever than he is on most days—actually deferred to his presumed genius, but they don’t. This becomes a major problem as almost everyone close to him either takes advantage of him or figures him out far too easily as the story goes on. Any last-minute attempts to make him seem like a Keyser Söze-level evil mastermind feel unwarranted.

Death Note ventures away from the original series on multiple counts, one of the most obvious being the introduction of Mia (Margaret Qualley), a cheerleader who gets deeply involved with Light only after finding out he’s a serial killer. She’s one of the boldest examples of the “girl who’s attracted to danger” trope in recent memory. In an odd way, Light and Mia represent two halves of the original Light Yagami character. While the former has a superiority complex the size of the moon, the latter is a blooming sociopath. Their relationship comes off as forced at best, and at worst, yet another empty method to make Light seem relatable.

Out of the many issues with Death Note, not understanding what it’s supposed to be is its grandest offense. Death Note is meant to take the viewer on a journey through the black, white, and intimate gray areas of morality and how justice should be served, if at all. If you weren’t sure how you felt about complicated subjects like capital punishment, you’d ideally feel more clarity by the end. However, Netflix’s Death Note fumbled the snap.

Light’s first kill comes when he haphazardly orders the death of his high school bully by Final Destination-like decapitation. Keep in mind, this happened only moments after coming face-to-face with a god of death who nearly made him wet his pants.

Instead of taking his time to consider his immeasurable power or even find out what the stakes are, he commits cold-blooded murder. No grey area. Only 15 minutes into the movie Light establishes himself as the kind of person you don’t want to root for. Perhaps the worst part is the entire scene could’ve easily been left on the cutting room floor after the introduction of Ryuk. (Willem Dafoe). His next victim—a man acquitted of charges of murdering his mother—would’ve done a much better job establishing him as a self-designated deliverer of justice and not just the Punisher with an ink pen.

On the brighter side of things, Dafoe continues to build his legacy as one of the creepiest people on Earth as he helps make Ryuk something straight out of a nightmare. His portrayal of the god of death simply looking to stir up some chaos is likely to be the one thing everyone can agree works.

Lakeith Stanfield is a welcome additional as an eccentric, independent detective who goes by the moniker “L” and attempts to get to the bottom of Light’s mysterious trail of deaths. But instead of being an intellectual foil for Light—as he is in the original—L is treated as a constantly unpredictable outlier. L is at least interesting to follow, whether he’s revealing his identity on a whim, piecing together a murderous crime spree from his hotel room, or calling Light’s bluff before the entire world. Out of all of the changes made to Death Note’s story, the decision to expand on L’s character is probably one of the few that works for the better. The other involves bodies raining down from the heavens (you’ll know when see it).

Fortunately for Netflix, lifelong anime fans aren’t its only audience. The streaming service’s take on Tsugumi Ohba and Takeshi Obata’s story still stands a chance at finding some life with a general public that doesn’t know any better.