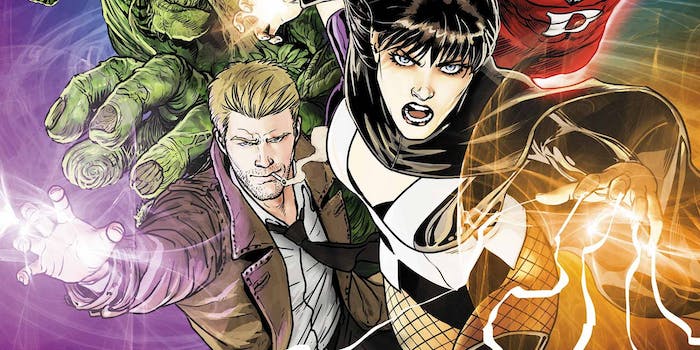 The supernatural horror comic featuring Swamp Thing and Constantine gets an animated companion.

The Warner Bros. adaptation of The Killing Joke faced a dubious reception this week, criticized for adding a bizarre and arguably sexist prologue to the original story. But if even if The Killing Joke was a disappointment, fans shouldn’t lose hope: There’s another animated DC movie on the way.

The first sneak peak at Justice League Dark was included on the home release of The Killing Joke, featuring a cast of (obviously) “dark” DC characters like John Constantine, Swamp Thing, and Zatanna.

As this featurette explains, the dark Justice League handles supernatural threats that the regular Justice League would be powerless to prevent. For a while, director Guillermo del Toro was working on a live-action adaptation of the comic, but it looks like the animated version is the only one you’ll get for the foreseeable future.

Released this fall, Justice League Dark is heavily influenced by occult horror—which is only to be expected, given the involvement of characters like John Constantine. Actor Matt Ryan actually reprises his role as Constantine, following his recurring appearances in DC’s live-action TV franchise.