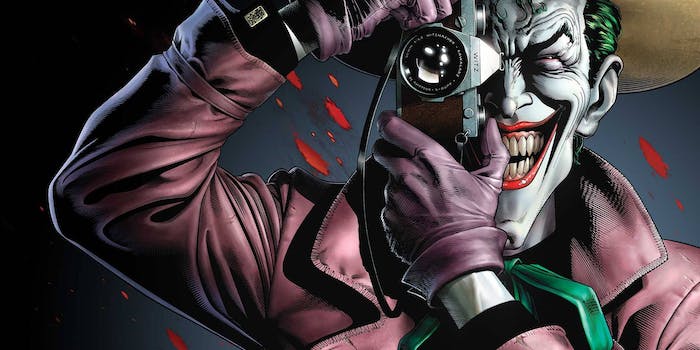 Review: ‘Batman: The Killing Joke’ is a huge disappointment

Aside from Mark Hamill's Joker, 'The Killing Joke' movie is a total mess.

Warning: This review contains spoilers for early scenes in Batman: The Killing Joke.

As an adaptation of DC‘s most iconic Batman comic, the animated movie of The Killing Joke is both slavishly accurate and very disappointing. It’s also a case study in what not to do when faced with criticism of sexist source material.

Published in 1988 from writer Alan Moore and artist Bryan Bolland, The Killing Joke remains one of DC’s best-selling graphic novels. It’s popular among hardcore fans and casual readers alike, a mature exploration of the relationship between Batman and the Joker as two men whose lives were irrevocably changed by “one bad day” in their past.

For a long time, the idea of a movie adaptation seemed nearly impossible. The content is too adult for the family-friendly tone of DC’s animated series, and the story is just too short for a feature-length film. Writer Brian Azzarello solved the latter problem by adding half an hour of backstory for Barbara Gordon, AKA Batgirl, in a sequence that completely backfired in its attempt to mitigate the sexism of her role in the comic. 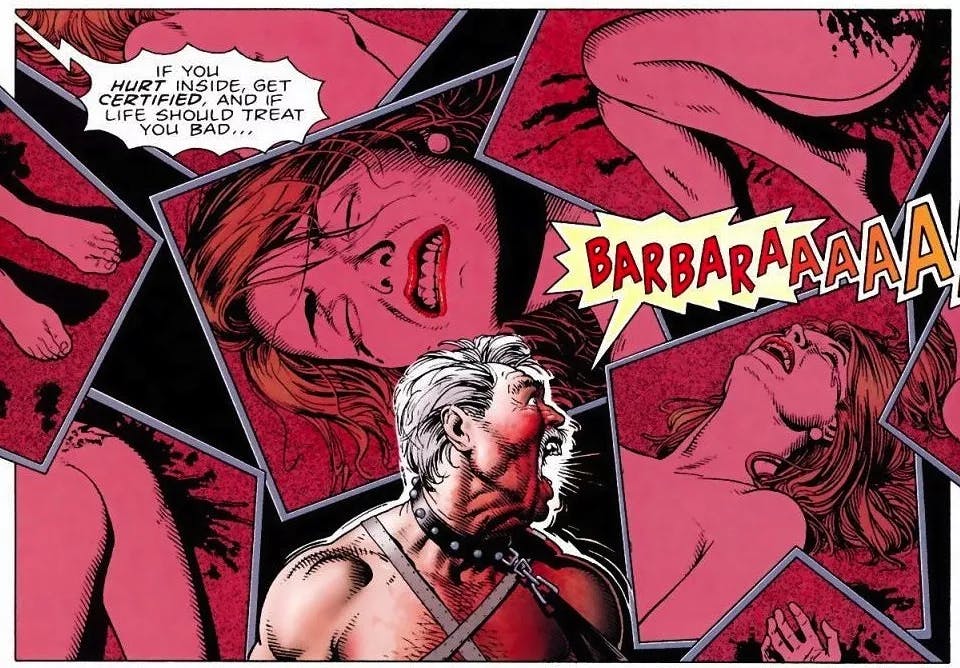 The additional Batgirl material was included to flesh out a character who had one role in the original story: to be shot, paralyzed, stripped naked and tortured by the Joker, who then torments her father, Commissioner Jim Gordon, with photos of her naked and bloodied body.

In recent years, The Killing Joke has faced a lot of criticism for this scenario, which framed Batgirl as a victim of sexual violence in the background of the conflict between Batman and the Joker. Even Moore has expressed regret about the way he approached the comic. Barbara Gordon’s paralysis later became the origin story for her new role as Oracle, but that idea was devised by a different creative team. Thanking The Killing Joke for Oracle is kind of like celebrating buying a new house because the previous owners just died in a car crash.

As with the rest of the material from the comic, Barbara Gordon’s attack receives a very close adaptation. Fans will continue to debate the merits of that particular scene, but it certainly isn’t helped by the new material in the prologue. Basically, the first half hour is a combination of bland Batman cliches (a mobster villain straight out of cartoon central casting) and misogyny. Barbara’s main internal conflict is an unrequited love for Batman, an unusual choice for two characters typically depicted as father/daughter-type figures. Worse still is how that relationship is portrayed. At work, Barbara pours her heart out to a stereotypical gay best friend character, whose only role is to offer advice about her love life. Then there’s the Batman/Batgirl sex scene.

News of the sex scene made its way online before the film was released, leading to some very awkward moments when writer Brian Azzarello called one critic a “pussy” at The Killing Joke‘s Comic-Con panel last week. Azzarello claimed that Batgirl “comes off as stronger” after this arc, but he couldn’t be more wrong. The entire prologue is a messy and unpleasant addition, compounded by the implication that Barbara actually needed to be attacked by the Joker to reach her full potential. In one scene, Batman accuses Batgirl of not taking their work seriously because she hasn’t been taken to “the edge” like him—a belief that is seemingly proven right by later developments in the story.

As producer Bruce Timm admits, Batgirl’s role in the comic was a prime example of the “women in refrigerators” trope—the lazy way writers kill and maim women to give heroes motivation. However, the adaptation actively makes things worse by hinging Barbara’s entire arc on her gender and sexuality, from the many random shots of her cartoon butt (mysteriously absent from Batman’s fight scenes) to her antagonist’s tired portrayal as a one-note sexist creep. I suspect that if any women were consulted by the film’s all-male creative team, their input was likely ignored.

Following the Batgirl-centric prologue, The Killing Joke is on more familiar ground. Most of the script is lifted directly from the comic, which is something of a mixed blessing. It’s a perfect showcase for Mark Hamill’s portrayal of the Joker, a memorably manic performance alongside the more lowkey work from Kevin Conroy (Batman) and Tara Strong (Batgirl). His scenes are the highlight of the film, bringing true menace to one of the most beloved interpretations of the Joker. But therein lies the problem. If you’ve read The Killing Joke—which likely includes most of the target audience—then you gain nothing from watching the movie version of the story. Each scene is recreated with painstaking accuracy, but DC’s animation style does not measure up to the impact of Brian Bolland’s 1980s noir aesthetic.

With the exception of Mark Hamill’s Joker, Batman: The Killing Joke is just a watered-down version of a story you already know. It may be difficult for some fans to accept, but while DC’s animated universe and The Killing Joke are both cornerstones of the Batman canon, they just don’t work well together. This film deserves to be quietly forgotten.