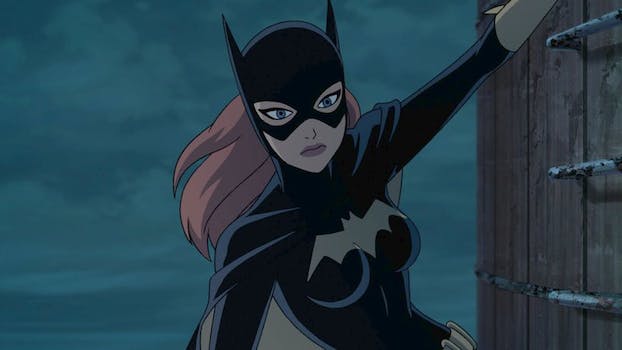 Fans are furious after learning that Gordon's expanded role in the upcoming film portrays her as a jilted lover.

Comic fans are in an uproar after learning the nature of Barbara Gordon’s role in Batman: The Killing Joke at San Diego Comic-Con.

The trouble started after a leak Friday afternoon which showed Batman and Gordon together. You know, like, together.

idk how to feel about this pic.twitter.com/gsBGHsYet5

Some fan reports also say that the full film weakens Gordon as she chooses to don the Batgirl costume to win Batman’s attention. Fans disturbed by this direction hoped to speak to the creators about Gordon’s role in the new film during the DC Comics panel at SDCC on Saturday. But when the question came up, according to Rich Johnston at Bleeding Cool, things got ugly fast.

Johnston says in his account that the last question asked at the panel was about why Gordon’s role was so focused on the men in her life.

“I lost control of my emotions and, invigorated by someone asking the question I wanted to hear, I shouted from the audience with frustrated sarcasm,’Yeah, by using sex and then pining for Bruce,'” Johnston said. “It was then that writer Brian Azzarello yelled from the stage ‘Wanna say that again? Pussy?'”

After catching hold of himself, Azzarello attempted to explain Gordon’s storyline in the film by saying that The Killing Joke is meant to ignite a fiery response—basically that it’s “controversial, so we added more controversy.”

“She comes off as a stronger character at the end of that arc,” Azzarello agreed.

"The thing about this is that it's controversial, so we added more controversy." um no, how about go fuck yourselves https://t.co/lvovvdS2qJ

While Gordon and Batman have been paired once before in Batman Beyond 2.0, the setting was very different from the one reported in The Killing Joke. Batman’s role as a mentor with Robin and Batgirl, not to mention his close relationship with Gordon’s father, clashes with the direction the new film takes. Although if Azzarello was shooting for controversial, pairing these characters in a slightly incest-flavored relationship seems to have done the trick.

Batman fans can decide for themselves when Batman: The Killing Joke is released for Digital HD download on July 26.