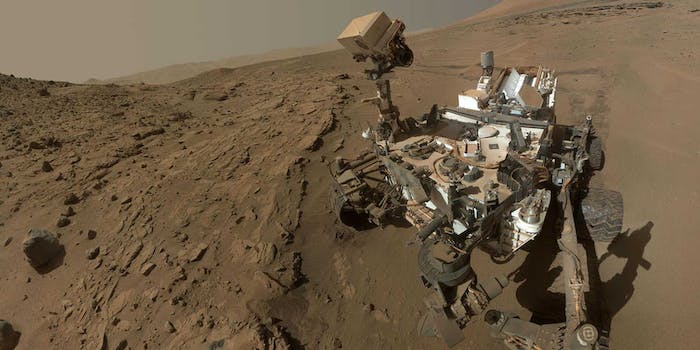 NASA’s Curiosity rover has been rolling along for a long, long time now, but it’s only just completed its first full Martian year on the Red Planet. And of course there’s no better way to celebrate such an epic achievement than with an appropriately timed selfie, which the space agency released today.

The photo is actually a composite image that was stitched together from a bunch of the rover’s snapshots, which is why the camera appears to be floating in mid-air. The photo was taken at a designated waypoint on the planet known as “The Kimberly,” where it had stopped to do some sandstone drilling. No big deal, just testing some extraterrestrial rock powder and snapping selfies. 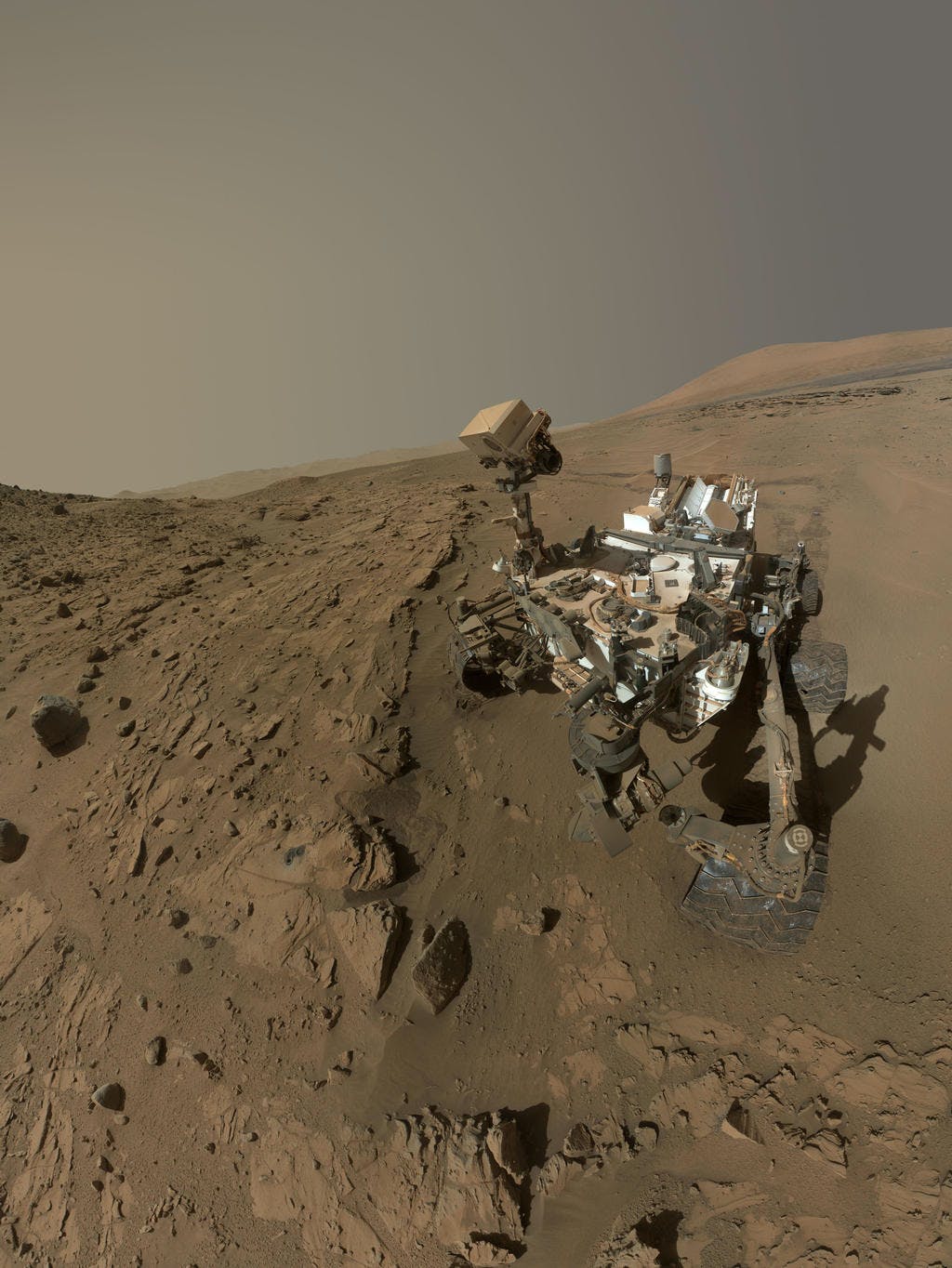 Curiosity’s first Martian year—which equates to a whopping 687 Earth days—was filled with firsts, including the discovery of potentially life-supporting conditions deep within a dried up lakebed on the planet.

It’s worth noting that Curiosity’s mission was originally slated to be just two years long, but the capable robot has performed so well that NASA now plans to drive it around Mars as long as possible. According to the agency, the nuclear-powered bot landed with enough plutonium on board to last 55 years.

Unfortunately, the damage the rover’s wheels have already sustained from sharp rocks on the Martian surface have slowed its crawl a bit recently, so NASA is taking things gingerly  to ensure Curiosity can continue to make ridiculously awesome discoveries, and snap selfies, for many years to come.