Following in the footsteps of Captain America, Spider-Man, and Thor, another of Marvel‘s A-list heroes is getting a major reboot. Once the Civil War II storyline is over, we’re getting a new Iron Man: 15-year-old MIT student Riri Williams.

Riri was introduced in March, making her first appearance during Invincible Iron Man #7. As a tech prodigy with a homemade suit of Iron Man armor, she invited immediate comparisons to Tony Stark, and some fans suspected she might become the new War Machine after Rhodey died in Civil War II #1. 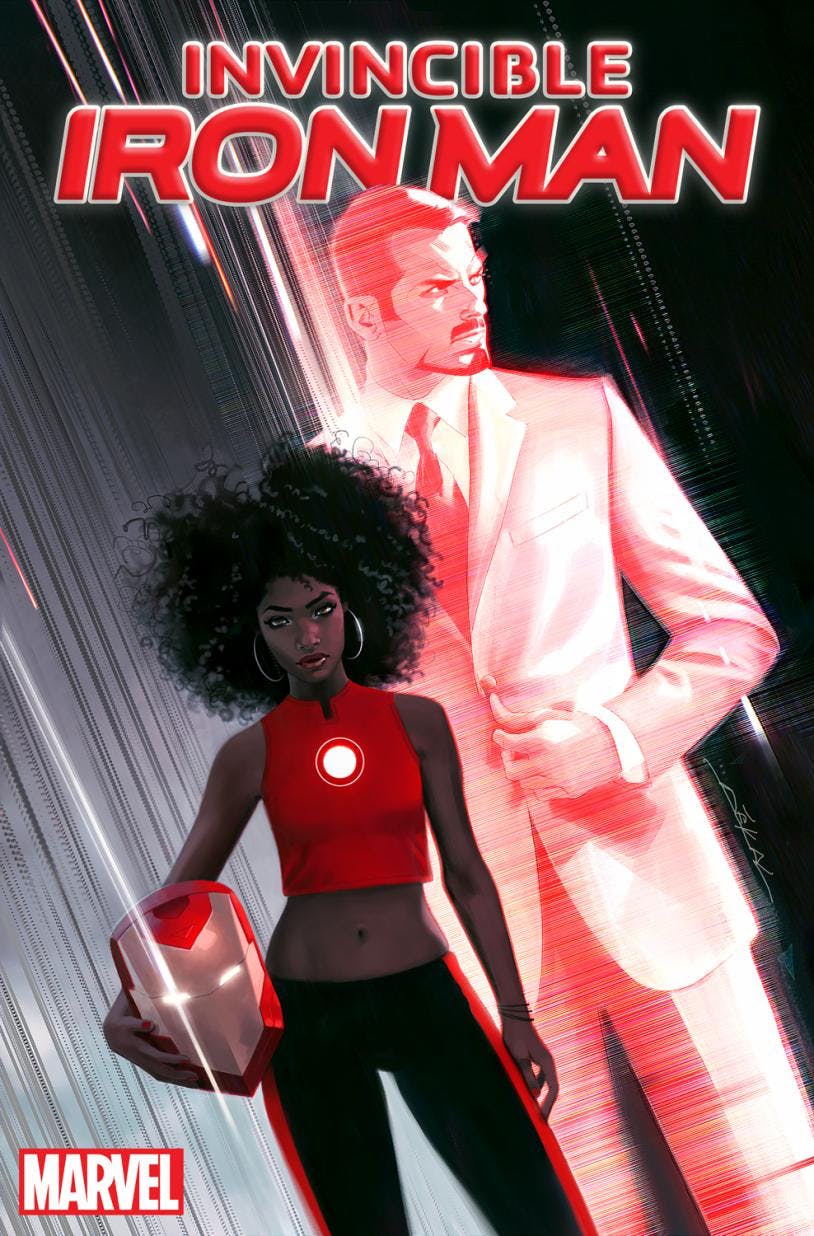 Riri belongs to a new wave of Marvel heroes, intended to update the primarily white and male lineup of the classic comics. In an interview with Time, writer Brian Michael Bendis was optimistic about her reception. “Once Miles [Morales] hit, and Kamala Khan hit and female Thor hit—there was a part of an audience crawling through the desert looking for an oasis when it came to representation, and now that it’s here, you’ll go online and be greeted with this wave of love.”

This fresh take on Iron Man is intriguing news, but the fan response is more complex than Bendis describes. While Marvel’s increasingly diverse cast is an important step, fans remain critical of what goes on behind the scenes.

In particular, many people have commented on the dominance of white male creators like Bendis himself, who co-created Miles Morales, Riri Williams, and Jessica Jones. While Bendis collaborates with artist Stefano Caselli on Riri’s Iron Man comic, he will also be writing four other Marvel books, plus two more at Marvel’s Icon imprint. Meanwhile, Marvel has never hired a Black woman to write any ongoing comic, ever.

Until I see a Black women hired by Marvel to write ANY story (not necessarily WoC) is when I will get excited about these announcements.

As is often the case with Marvel’s new wave of rebooted superheroes, this news inspires a bittersweet combination of excitement and concern. Fans have every reason to be excited about Riri Williams, but it would be even better if Marvel’s creative teams were as diverse as its fictional lineup.