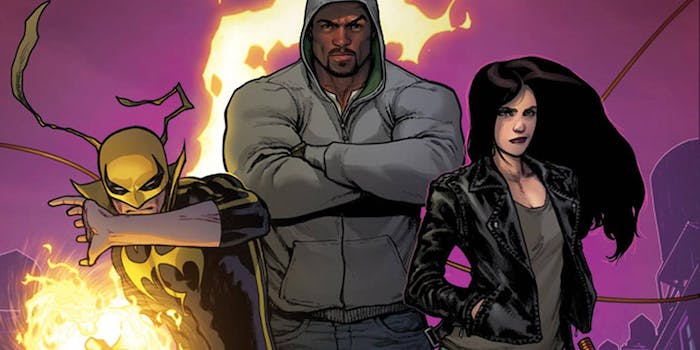 Marvel launches new ‘The Defenders’ comic ahead of Netflix miniseries

Daredevil, Jessica Jones, Luke Cage, and Iron Fist are teaming up in a new ongoing comic.

Just in time for this year’s Netflix miniseries, Marvel is relaunching The Defenders with a new comic.

Luke Cage, Daredevil, Iron Fist, and Jessica Jones will team up for a “Godfather-like epic” on the streets of New York, in a comic from the creative team of Civil War II writer Brian Michael Bendis and artist David Marquez.

Speaking to the Hollywood Reporter, Bendis hinted at a gritty tone that follows the crime drama themes of Marvel‘s Netflix franchise. “I wanted to do a sprawling, Godfather-like epic at the street level of the Marvel Universe,” he explained. “Really putting out hooks down and creating a modern, elaborate organized crime story that is different than what has gone before.” 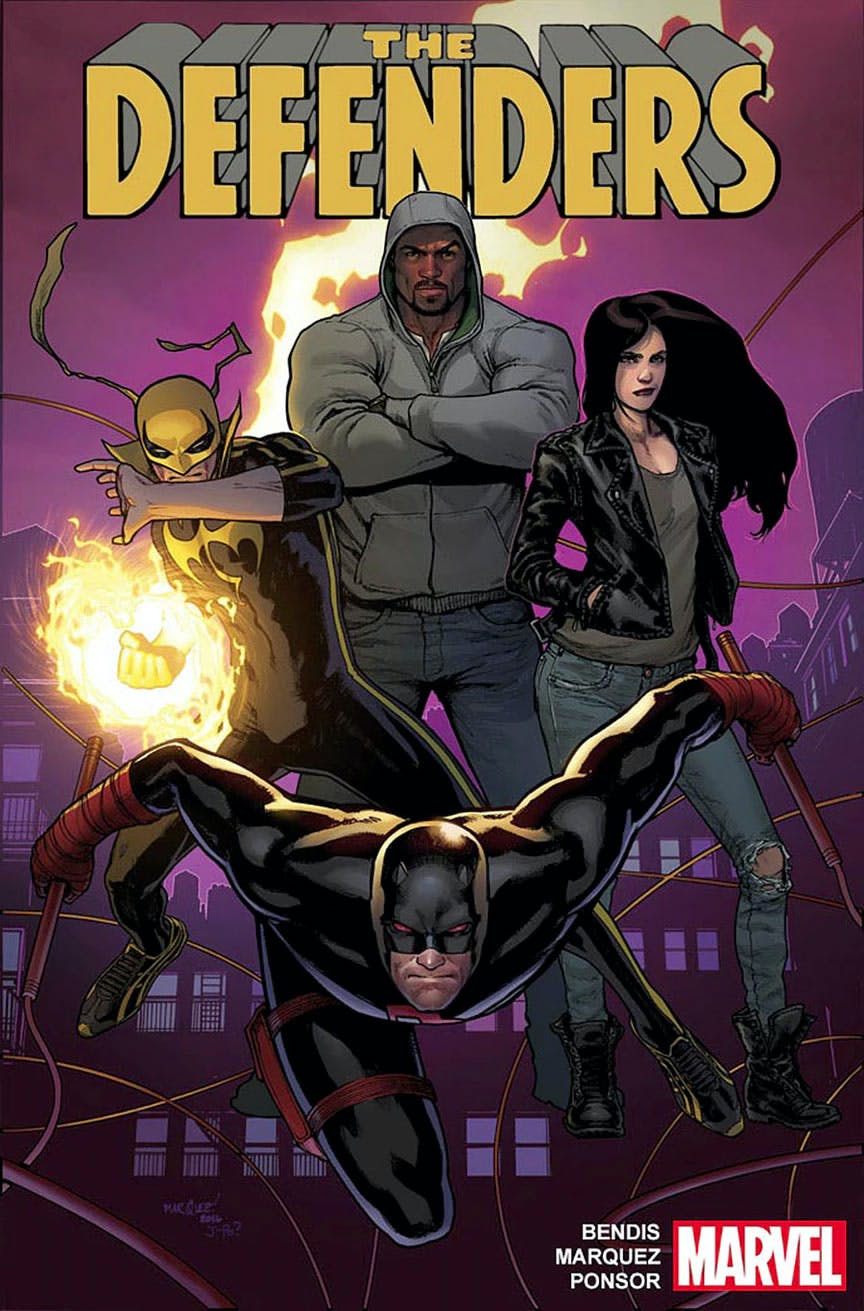 Bendis is Marvel’s most prolific comic book writer, currently working on seven concurrent titles: Jessica Jones, Spider-Man, Guardians of the Galaxy, two Iron Man comics, and Powers. The Defenders series will bring that number up to eight, replacing Civil War II, which wrapped up in December.

Each of the four Defenders have their own comics at the moment, including the dark and mature Jessica Jones solo series, and the more lighthearted Power Man & Iron Fist. While Bendis’s Hollywood Reporter interview doesn’t go into how The Defenders will tie into the rest of the Marvel universe, we suspect the new comic will do its own thing, remaining as open as possible to new readers coming in from the Netflix franchise.

The Defenders will launch in June, with a preview of issue #1 available on Free Comic Book Day, May 6.