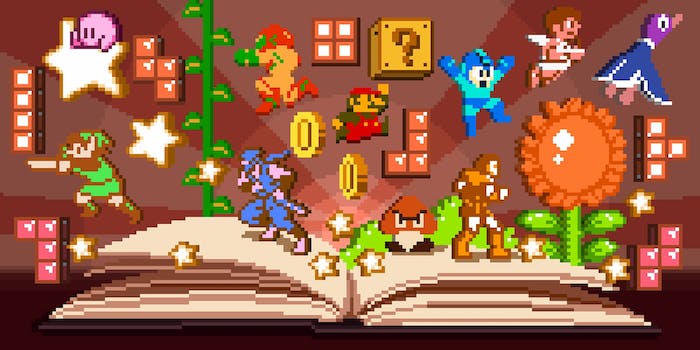 Meet the guy making the next must-have Nintendo book

If your idea of a good coffeetable book features NES games, Bitmap Books is going to make you very happy.

As children, most modern day video game fans made a connection to the media in a way that made a permanent mark on their lives. For me, that was the day I slid the Nintendo Entertainment System out of the box for the first time. While it looks plain in comparison to the elegant, shiny consoles of today, it will always be more beautiful to some because of the world it offered a portal to.

Sam Dyer, the founder of Bitmap Books, is very familiar with that feeling. It’s what pushed him to found his company, which produces high-quality books that document those early eras of video game history one computer or console at a time. After publishing several well-received books in the series—including ones on the Commodore 64, Super Famicom, and Sinclair ZX Spectrum—he’s on to what may his biggest project so far: The NES.

If the success of Dyer’s most recent Kickstarter is a measure of how much gamers love the NES. He originally asked for $36,733 to make the book, which is roughly similar to what he spent on the previous entries in the series. As of this writing, the Kickstarter has earned more than $218,000, and it still has a few days to go before it wraps up.

Dyer seems awed that people are so willing to fund the creation of the NES compendium, telling the Daily Dot in a Skype interview that the idea of paying tribute to video game history was born of his own love for the Commodore 64.

“I don’t know if you remember the C64, but when it loaded it used to have the loading screens with the images while it loaded,” Dyer said. “It used to take 10 minutes to load. I always used to sit there staring at them as a kid. I was fascinated with it.”

The beauty of those C64 load screens got Dyer thinking he’d like to pursue a career in video game graphics, but in the end he went into graphic design. Some years later, he went looking for a book that chronicled the history of his beloved Commodore 64 but found that the options were text-heavy and didn’t present what he treasured most: the graphics.

“I thought, wouldn’t it be great if there was a range of books (about games) that were very visual and made with the pixel art and a little bit of text, but were collectible things. And thats how it started really, I did the C64 book not knowing if it was going to be successful, if anyone was going to want it at all.”

The book fared well when Dyer posted the project to Kickstarter in May 2014, ending with $52,195 and 903 backers. Dyer was discovering that hundreds of other people remembered the C64 with as much love as he did, and he made his book with those fans in mind. Driven by the excitement he saw in his backers, Dyer went on to make several other books, all successful.

“We’ve just moved on to the consoles now with the NES,” Dyer said. “In the future we’ll do Sega Mega Drive and Genesis, Super NES, all that.” 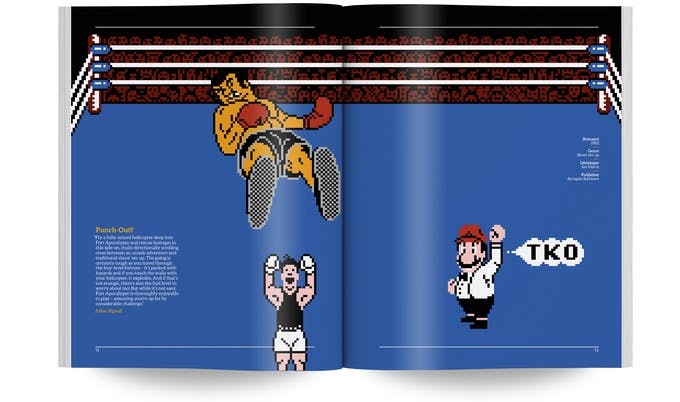 Making the books, Dyer says, takes about nine months including research, crowdfunding, and printing. He works alongside U.K. journalist Steve Jarrett for copy and editing, and the two of them chop away at each book until it’s ready to go to the press.

“One of the things that takes a long time is getting the contributors together, so contacting the guys that have made the graphics of the game or coded it,” Dyer explains. “Takes a while to stalk them on the internet, and they might even say yes and go quiet. That’s a big chunk of work to start. The actual design side of it comes natural to me and doesn’t actually take that long.” 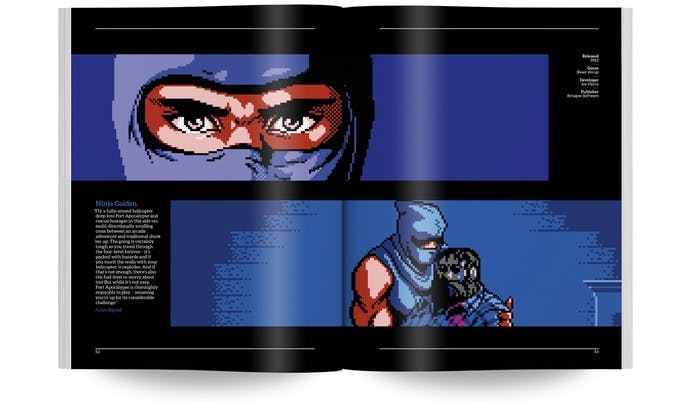 While Dyer has gotten the hang of making the books and cut down his overall production time, the NES book is a new challenge for him, especially because the NES did not enjoy the same popularity in the U.K. where he grew up, so he is less familiar with the material. He’s already asked his backers to weigh in on the games they would most like to see, included in the compendium.

“We had (the system) here but it was really expensive,” Dyer remembers. “The NES games were about £40, so about $60. That would have been a whole Christmas present just on one game! It was always the rich kids who had one. But they were always here and I remember seeing them and just thinking, ‘I wish my C64 could do that.'” 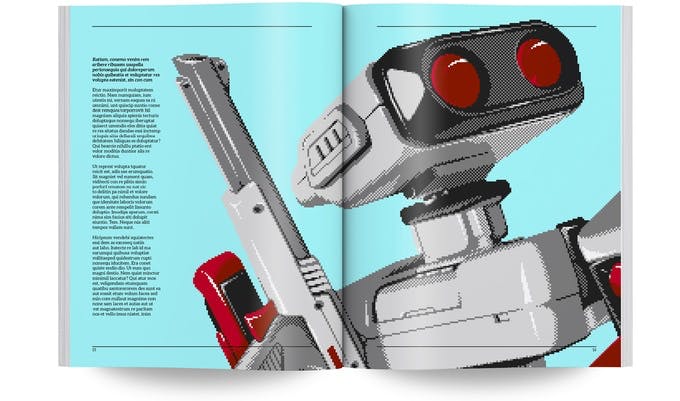 One stumbling block Dyer faces with the project is that Nintendo’s internal rules don’t permit any employees that still work for the company to contribute to unofficial projects, which he describes as quite frustrating.

“We did look into it at the start and there’s just no chance of getting it licensed,” Dyer said. “So I’ve gone through quite a lot of legal advice to make sure it’s all above board. It’s a shame, but if I did interview the guy that made Mario, I don’t think he’d tell me anything that hasn’t been said before.”

Dyer made it clear that while he thinks comments from the game’s creators are a big part of the NES project, he also places great importance on the fans, saying he’s looking forward to hearing what memories of the system are most important to each of them.

“I think the real passion comes through when people talk about the anecdotal stories that made them happy,” Dyer said.

Update 3:30pm CT, July 3: Nintendo lawyers have reportedly moved to remove the Kickstarter. The campaign is no longer up on the crowdfunding website.