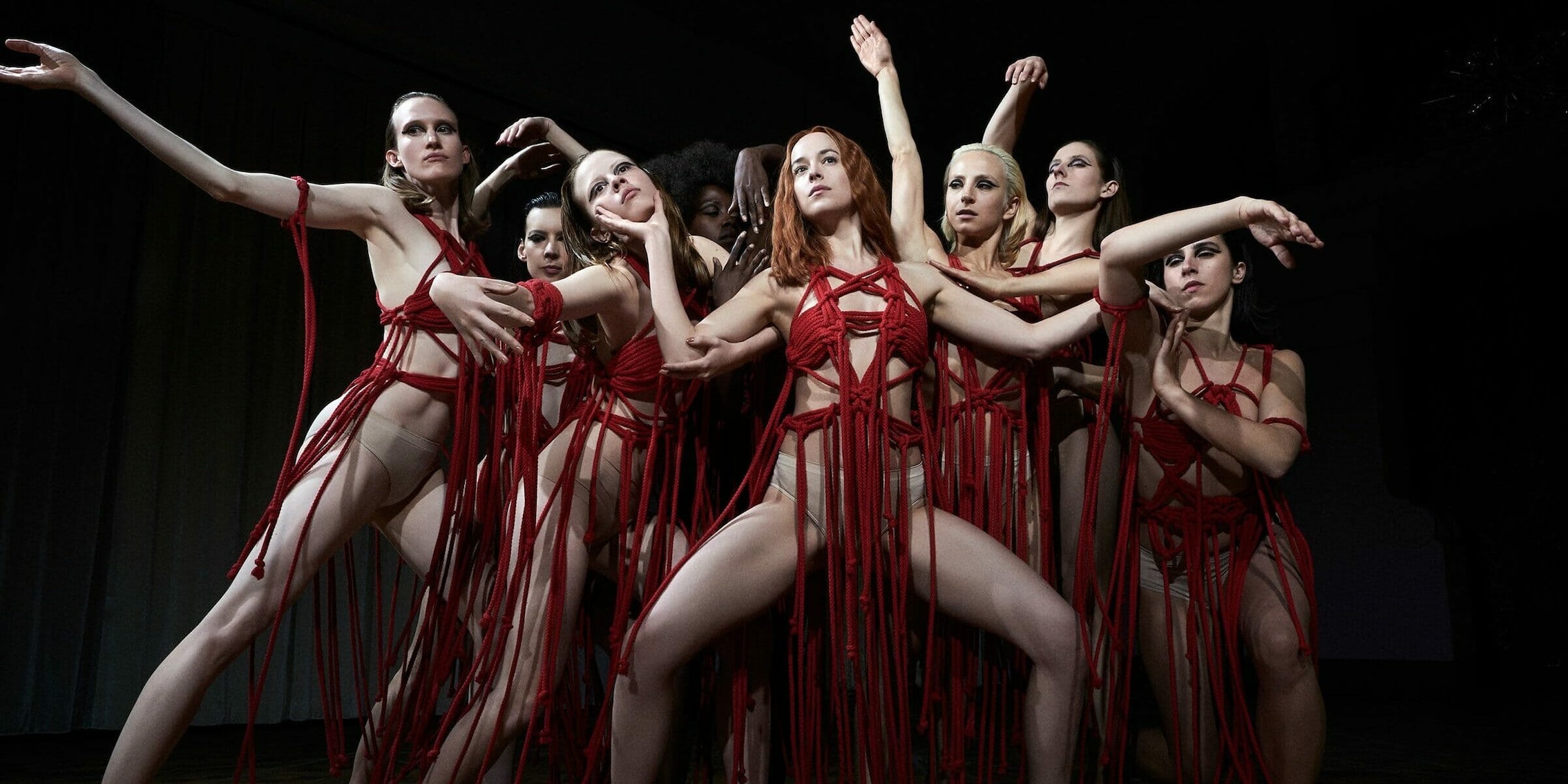 This artistically ambitious remake is the most divisive horror movie of 2018.

Remaking a beloved cult film requires a lot of ambition and, all too often, a healthy dose of self-delusion. No one asked for remakes of Carrie or The Wicker Man, but in this rare case, Dario Argento’s Suspiria makes a surprisingly good choice for a reboot.

The original Suspiria is a memorable concoction of bold creative choices: a multilingual European slasher movie about a young woman who discovers that witches run her dance school. The score (a blaring prog rock album by the band Goblin) and visual design are astounding, but the characterization is thin, and by modern standards it’s neither scary nor an effective psychological thriller. So with a filmmaker like Luca Guadagnino (Call Me By Your Name) in charge, there’s plenty of reason to get excited about this new retelling. Guadagnino specializes in luxurious romantic dramas, often starring women and always seasoned with a biting sense of humor. With a script by horror screenwriter David Kajganich (The Terror) and music by Thom Yorke, you have a promising creative team.

Dakota Johnson stars as Susie Bannion, a naive, self-trained dancer fleeing a strict Mennonite upbringing by way of a German dance school. Obsessed with the dance company’s creative figurehead Madame Blanc (Tilda Swinton, riffing on modern dance icon Pina Bausch), she’s desperate to prove herself. Conveniently, a position just opened up after the disappearance of another young dancer (Chloë Grace Moretz), who’s seen babbling to her therapist about witches in the film’s prologue.

While the new Suspiria has some issues (namely, an unnecessary WWII history subplot), I make no bones about preferring it to the original. Instead of just including a few half-hearted ballet class scenes, Guadagnino digs into the setting. Swinton is perfectly cast as the head of an all-female creative community, choreographing ritualistic performances and training her acolytes with a combination of intimacy and high-handed authority. Dance is integral to the story, inspiring some seriously disturbing body horror involving lethal contortions. (Suspiria is not a jump-scare kind of movie, but it definitely earns that R rating.) Susie finds artistic enrichment with Madame Blanc and friendship with a fellow dancer (Mia Goth), willingly submerging herself in a cloistered community of nightmares and nervous breakdowns. It’s all deliciously witchy, building to a crescendo of lurid melodrama in the final act.

The 1970s setting feels appropriate for this kind of occult horror, although the background subplots are dubious. The main view of the outside world comes from news updates on the Baader-Meinhof terrorist group, which never feel relevant. Then there’s the elderly psychoanalyst Jozef Klemperer, who unintentionally became the most high-profile aspect of the movie.

Credited as a mysterious non-professional actor named Lutz Ebersdorf, Swinton recently confirmed the rumors that she is, in fact, playing Klemperer with the help of prosthetic makeup. This allowed the film to keep an all-female cast, though Swinton admits she mostly decided to play Klemperer for fun. (She and Guadagnino are longtime collaborators, so one can easily picture them dreaming up this idea over a glass of wine.) Whatever the explanation, the makeup is noticeable, and Klemperer’s screen time distracts from the rest of the story. While Susie unveils the supernatural secrets of her new home, Klemperer searches for a missing dancer (Moretz) and mourns his wife, whom he lost during WWII. His role reflects the long-felt impact of the war, but never quite meshes with the more entertaining horrors of Madame Blanc and her sisterhood of witches.

Suspiria is sure to be divisive, although I’d hesitate to compare it to Darren Aronofsky’s mother!, a film whose divisiveness was mostly due to it being extremely bad. Also, while Suspiria was written and directed by men, it doesn’t share the same built-in sexism as mother! or Aaronofsky’s Black Swan, another horror thriller about dancers. Instead of trying to make a clumsy statement about female empowerment (a common problem among men making female-led horror), Suspiria’s femininity feels like a natural addition to the witch movie canon. The film doesn’t demonize or victimize men; they’re simply irrelevant. The focus is on the women and their art, their relationships, and their desires. One can imagine Morticia Addams watching it with tremendous enjoyment, particularly the cackling.

Taking inspiration from the campiness of the original, Guadagnino’s Suspiria is much funnier than expected. There’s the nervous laughter of building tension, but also the intentional punchline of a straight reaction shot, often focusing on the older characters. The dance company boasts a full coven of eccentric matriarchs with distinctive fashion sense and their own internal hierarchy. These women share convivial meals in the teacher’s dining room, casually discussing which student to use for their next deadly ritual. Like a lot of gothic horror, Suspiria pits innocents against looming monsters who wholeheartedly embrace their creepiness, in this case with a self-aware sense of humor in the vein of Guillermo del Toro’s Crimson Peak.

Hopefully this movie frees Dakota Johnson from being exclusively known for Fifty Shades of Grey. She’s had plenty of supporting roles elsewhere (including Guadagnino’s 2015 drama A Bigger Splash, also with Swinton), but this time it’s her show. Susie’s creative ambition and unsettling undertones fit more squarely within Johnson’s wheelhouse than the ingenue heroine of the original, presenting a character who is willingly seduced into darkness.

At the end of an excellent year for horror, audiences shouldn’t expect Suspiria to offer bloodcurdling terror. It’s more like the bonkers final scenes of Hereditary or The VVitch, spread over a slightly-too-long 152 minutes, with a gorgeous wardrobe and operatic setting. Best viewed while wearing a ballgown and a fur stole, preferably while drinking something expensive in a crystal goblet, and smiling faintly at the memory of your recently murdered husband.

Suspiria comes out on Nov. 2 in select theaters, and on Amazon Prime Video in 2019.