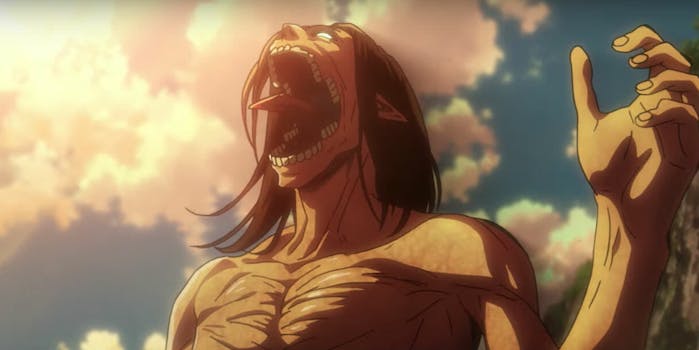 Man-eating giants aren't the only threat this time.

Attack on Titan season 3 will arrive this summer, and life in the giant-filled post-apocalypse is about to get even darker for our heroes.

That’s good news for fans who loved Attack on Titan back in 2013 when they first discovered Eren Yeager, Mikasa, and Armin and their quest to protect what remains of humanity, but who were turned off by the slower-moving plot of the show’s long-awaited season 2. Season 3 will reportedly follow the Attack on Titan manga’s Uprising arc, which highlights a power struggle between the Survey Corps and human leaders of Paradis.

“Everyone is anxious to see what’s in store for the new season,” Gen Fukunaga, CEO and founder of Funimation, said in a press release. “Fans have been clamoring with non-stop speculation ever since Wit Studio released a Season 3 teaser poster last October. We will all soon find out later this year.”

You can already tell from the trailer that the fight scenes are between humans this time around.