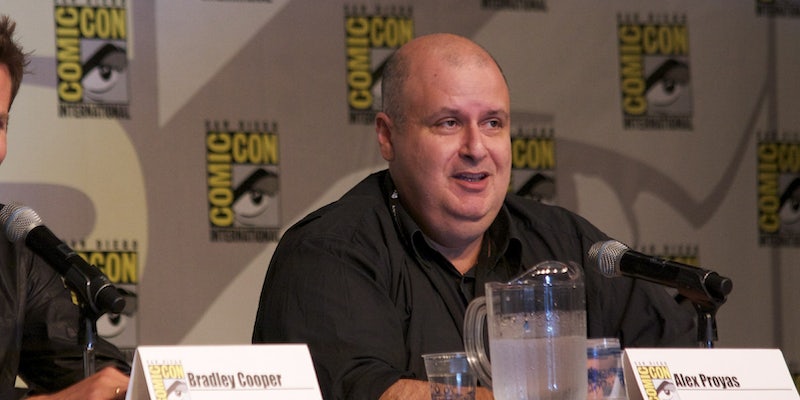 The original ‘Crow’ director wants the reboot to be canceled

He wants to honor the memory of the original film's star, Brandon Lee.

After years of pre-production mishaps, casting changes, and allegedly a curse, the reboot of The Crow is finally under way. Unfortunately, the original Crow director Alex Proyas isn’t happy about it.

The 1994 Crow movie is a cult classic, inspired by the gothic vigilante comics by James O’Barr. The reboot is due to start shooting in early 2018 with Jason Momoa in the lead role, but Proyas is still hoping the film will be cancelled. In an impassioned Facebook post, he defended the legacy of actor Brandon Lee, who died while starring in the original movie.

“I was privileged to know Brandon Lee – he was a young, immensely gifted actor with a great sense of humour and a bright future ahead of him. I was also privileged to have been able to call him a friend. Our working relationship as actor/director went beyond mere collaboration. We crafted a movie together which has touched many people.

I did not take a “film by” credit on THE CROW. I wanted it to be Brandon’s movie, because it was, and because he would not be able to make any more movies. He brought all his passion to the movie and it has lasted as his legacy. It is a film I know he would have been proud of.

I finished the film for Brandon – struggling through grief, along with the hugely supportive cast & crew who all loved Brandon, to complete it in his absence.”

Proyas goes on to say that The Crow would not be worth remaking, if not for Brandon Lee’s influence. The post ends, “Please let this remain Brandon’s film.” See the full post below.

WHY I THINK THE CROW SHOULD NOT BE REMADEI was privileged to know Brandon Lee – he was a young, immensely gifted actor…

Neither Jason Momoa nor director Corin Hardy has responded to the post, but we won’t be surprised if Brandon Lee gets some kind of dedication in the remake’s credits. However, it’s unlikely that Alex Proyas’ words will have any further impact. People have been trying for years to get a Crow reboot off the ground, and with a rising star like Momoa in the lead role, Sony isn’t going to cancel it now.