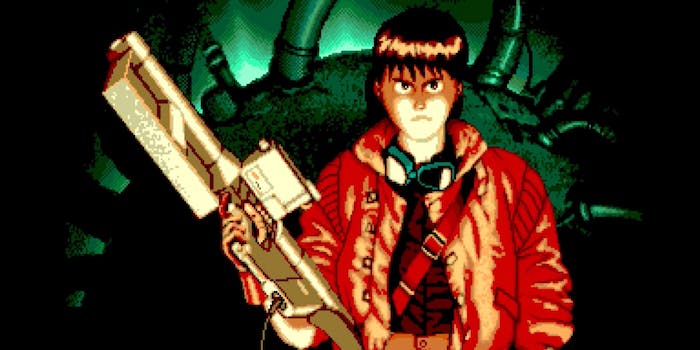 The game was planned for release on the Sega Genesis in 1995 before its cancelation.

A fabled video game prototype and legend of lost media has finally seen the light of day after nearly 25 years. An adaptation of the seminal anime film Akira directed by Katsuhiro Otomo has been found and posted online in its entirety.

The long lost AKIRA prototype for Sega Mega Drive has been found and released. https://t.co/CNnNiEhFpK pic.twitter.com/Oo0mCILB47

Akira’s prototype has been uploaded to the website Hidden Palace, “a community dedicated to the preservation of video game development media.” The upload was credited to users Matsuda Matsumoto, drx, and an anonymous donor.

The adaptation was in development by Black Pearl Software for the Sega Mega Drive, known as the Sega Genesis in North America. A release date was planned for some time in 1995 before a conflict with publisher THQ resulted in the abrupt cancelation.

The game is incomplete but widely distinct levels display its ambition in full force. Throughout what is available of the game, several wholly different game genres are represented. Sections include a platforming stage, a first-person section, an isometric shooter, and even a level focused on the film’s iconic motorcycle chases. The game also features lushly animated cutscenes quite impressive for the hardware at the time.

Rumors of the existence of the Akira Sega Genesis game have been present online for years. In 2016, footage of the game surfaced on YouTube via home video shot on the floor at the Consumer Electronics Show in 1994.

While the game is far from a complete product, the discovery of this prototype is a huge victory for the gaming archival community and fans of the cult anime masterpiece.