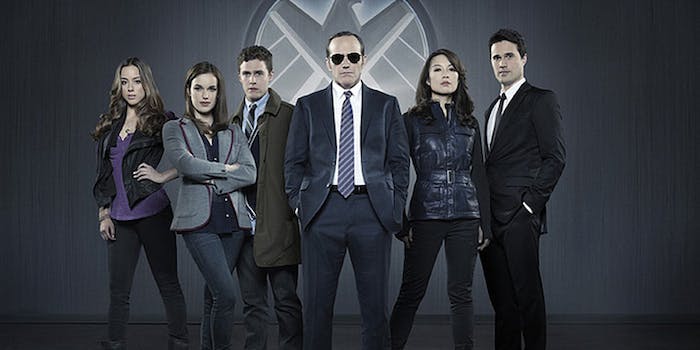 If you stopped watching ‘Agents of S.H.I.E.L.D’ you’re missing out

A rare recovery for a show we had written off.

A few months ago, we published an article about how, despite an endorsement from geek TV overlord Joss Whedon and the presence of Marvel fandom BFF Clark Gregg, Marvel’s Agents of S.H.I.E.L.D. was kind of, well… boring.

For the first six episodes, Agents of S.H.I.E.L.D. inspired complaints from both fans and critics, either because the characters seemed too flat, the mystery-of-the-week storylines too generic, or the supposedly Whedonverse ties were not Whedon-y enough.

Fortunately for Marvel fans, almost as soon as we started paying attention to the AoS-is-terrible bandwagon, people began hopping off it again. Somewhere between Episode 6 and the heartbreaking cliffhanger that was (mostly) resolved this week, Agents of S.H.I.E.L.D. solved pretty much all of its problems. The individual episode storylines got more exciting, the characters got more engaging, we found out how Coulson lived, and most importantly, the show began to lock into the wider Marvel universe.

In a promo that aired during Oscar night, ABC teased the upcoming episodes with a new title, Agents of S.H.I.E.L.D.: Uprising.

In most cases, this kind of mid-season rebranding would be a warning sign, but for AoS it’s just adding to the intrigue. Over the past 14 episodes, the show has developed from being a disappointingly bland addition to the Marvel universe, to something engaging enough to wring a tear or two from those reluctant fangirl/fanboy eyeballs. And they can drop the “Marvel” from the beginning of that title because at this point, it’s pretty damn obvious where Agents of S.H.I.E.L.D. is coming from. Thor: The Dark World and Captain America: The Winter Soldier both had (or will have) tie-in episodes, and various Marvel comics universe characters are beginning to come out of the woodwork.

There may not be room for hints of Deathlok, Victoria Hand or weird Extremis experiments in the background of the current big three Avengers franchises, but Agents of S.H.I.E.L.D. is picking up the slack. This week’s episode (spoiler alert!) even saw the appearance of a new alien that fans are already speculating may be a Kree. 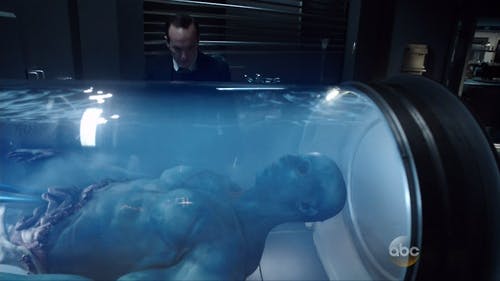 Of course, a blue torso in a tank doesn’t necessarily tell us anything. This guy could be Dr. Manhattan from Watchmen, or one of the naked Space Jesus dudes from Prometheus, or an entirely new Marvel species altogether. However, the show’s new “Uprising” subtitle may be a hint at an upcoming retelling of the famous Kree-Skull War or Secret Invasion storylines, both considered to be epics of the Marvel universe.

A TV/movie adaptation of either of these comicbook arcs would be a major undertaking, but by no means an impossible one. Taking into account the number of characters Marvel will bring to the big screen over the next few years, they should have enough manpower to handle a major crossover like this once everyone’s finished with Avengers: Age of Ultron in 2015. Of course, right now this is all little more than speculation.

At the moment, there are two significant Marvel movie canon details to support this new Kree-Skrull theory: first, the fact that Kree characters will definitely be appearing in Guardians of the Galaxy this fall, and second, that there have already been hints of Kree/Skrull culture in Agents of S.H.I.E.L.D. itself. As eagle-eyed fans such as Tumblr user fuckyeahskyeandward have already noticed, something that closely resembles Skrull writing showed up in the fourth episode of the show. 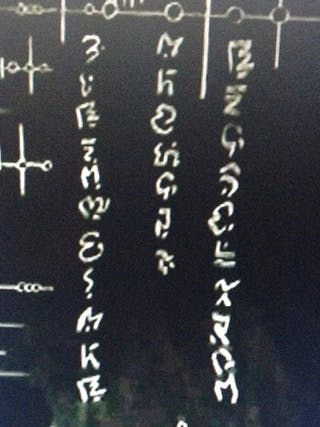 As many AoS viewers began to point out after this week’s episode, it would be entirely plausible for young S.H.I.E.L.D. agent Skye to be a Kree or Skrull disguised as human, as her true origin remains a complete mystery. Abandoned as a baby, she was classified as an “0-8-4,” a categorization usually given to potentially dangerous alien objects. Also, this episode saw her recover from a fatal wound after being injected with a serum made from the maybe-Kree’s blood.

There’s enough going on here to keep fans debating the issue for weeks, if not months. Which is just as well, because Marvel is known for playing the long game, and it’s equally likely that we won’t find anything out until after the release of the latest batch of big tentpole movies this year.

Me damn too! RT @devincols58: @clarkgregg I’m wondering if that was a kree you found ?! #AgentsofSHIELD

The big picture here (aside from Marvel’s ongoing quest to obliterate all other summer blockbuster movies) is that Agents of S.H.I.E.L.D. has changed. A lot. You don’t even have to have seen a single episode to work this out.

At the beginning of the series, the reactions from fans on social media were lacklustre to say the least, and interest from geek culture critics was quickly waning. Four months on, the latest episode is inspiring the kind of wailing and gnashing of teeth that’s usually reserved for Comic Con teaser trailers.

If you’re one of the people who gave up on Agents of S.H.I.E.L.D. back in October, it’s time to start watching again.