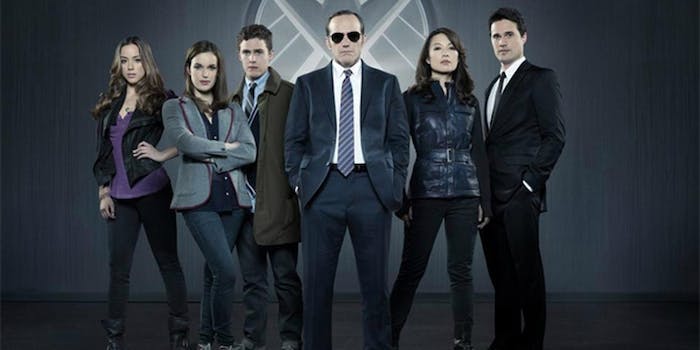 Is there a surefire recipe for turning a media property into a fandom success?

From an outsider’s perspective, fandom is a fickle beast. It’s sometimes hard to see why the Internet would embrace some movies and TV shows while rejecting others. Why has NCIS inspired more fanfiction than all the Law & Order and CSI franchises combined? Why is Tumblr full of people discussing the tiniest details of Teen Wolf and Supernatural, while True Blood’s presence is practically nonexistent?

Why do some things totally fail to engage a fandom audience?

The obvious assumption would be that Agents of S.H.I.E.L.D. just isn’t very good TV, but the truth is that quality has very little to do with fandom popularity. There are plenty of objectively terrible TV shows, books, and movies that have inspired a ton of fanfiction, and their creators appear at Comic Con every year to rapturous applause from crowds of loyal followers. Let’s face it: Teen Wolf is unlikely to win an Emmy, but you can’t move a metaphorical inch on Tumblr without tripping over a Sterek-related meltdown or a shirtless GIF of Tyler Hoechlin.

To understand why some fandoms fail (like Agents of S.H.I.E.L.D.), we need to know why others succeed. Ultimately, it’s up to the fans, but there is a certain formula for things that turn passive consumers into active culture participants. The appeal usually boils down to at least one of these things:

The ideal cast for a fandom-popular media source is either a pair of characters with an intense, dynamic relationship (Supernatural, Doctor Who, Sherlock, every buddy cop show ever), or a Buffy the Vampire Slayer-style team who all work together to reach a common goal. If your characters have a fun rapport, fans will keep watching (or reading or listening or writing fanfic) more or less indefinitely.

There’s nothing more tempting to a fanfic writer than extrapolating on canonical relationships. That’s why there are so many fanfics about the Avengers team hanging out in Stark Tower together, but comparatively few about lone superheroes like Spider-Man.

Similarly, real person fiction (RPF) fandoms are mostly inspired by relationships rather than single “characters.” Plenty of people in One Direction fandom are obsessed with the way the band members interact, but have little or no interest in the actual music. There’s a whole sub-genre of meta discussion posts where fans collect GIFs of the band hanging out together, and analyze the body language for hidden emotional cues.

People don’t get into One Direction fandom because they’re fascinated by the concept of boy bands, or Teen Wolf fandom because they’re into werewolves. Usually, it’s about getting invested in the way the characters relate to each other, with fandom generating its own constantly mutating soap opera of bickering BFFs, superhero team-ups, and romance.

Romantic subtext and “shipping” are obviously a big part of why people are drawn to certain fandoms, but they’re not essential. Sleepy Hollow and Elementary fans are just as invested in their platonic character friendships as Destiel shippers are in the homoerotic subtext between Dean and Castiel in Supernatural. As long as your characters have a close emotional bond and are fun to watch together, fandom will like them.

Interesting world-building is essential because it provides the building blocks for fanfiction. Harry Potter’s extended universe is so detailed that it inspired an unprecedented quantity of fanfic, but even in this context, quality isn’t necessarily important for fandom popularity. All you need to have is some basic concept that grabs the imagination of fans, even if it’s never really fleshed out in canon. For example: Inception.

In mainstream pop-culture, Inception got decent reviews from most media outlets, and is a good movie for college students to argue about while stoned. Online, it managed to sustain an enormously complex and creative fandom for over two years. The concept of dream-sharing is just too fascinating for fanfic writers to resist, because it means you can write about pretty much anything you like. It’s the ultimate sandbox. Of course, Inception already had another major draw: Arthur and Eames, played by Tom Hardy and Joseph Gordon Levitt in some of most stylish onscreen menswear since James Bond. Which brings us to our next point: gay subtext.

Never underestimate the importance of homoerotic subtext. Sherlock, Teen Wolf, Supernatural… almost all of the current major fandoms are fuelled by fan-created relationships between good-looking white male characters. It’s not the only draw, but it’s significant. The effect of slash fandom (which focuses on male/male relationship pairings) is so pervasive that when American Sherlock Holmes remake Elementary first aired, many longtime Sherlock fans claimed that it was “erasing” the queer history of Sherlock Holmes by turning Watson into a woman—even though the central relationship in Elementary is entirely platonic.

If you’re feeling cynical, you could suggest that all a fandom really needs is two white guys who could potentially be gay for each other. It certainly worked for Hawaii 5-0. And Teen Wolf. And Merlin. And…

This has only really become important since the rise of Tumblr, but it’s now integral to the popularity of an online fandom. Tumblr is a visual medium, and people like to reblog images and GIFs of their favorite characters sharing a moment, making funny facial expressions, or repeating a snappy line of dialogue. Ten years after Buffy the Vampire Slayer was cancelled, Tumblr is still full of GIFs from favorite episodes because it’s just so gosh-darn quotable.

This may seem counterintuitive when so many fandoms are spurred on by fictional romances between straight white dudes, but seriously: most people in the Tumblr/fanfiction corner of fandom really do want to see more diversity in media. One of the reasons why slash fanfic is so popular is because queer romance is so rarely portrayed in mainstream pop-culture.

There are plenty of fandoms that were partially popularised by the fact that they included a diverse range of characters, the most recent being Pacific Rim and Sleepy Hollow. And just look at Welcome to Night Vale. It’s the most popular podcast in America, with a queer character in the lead role and a racially diverse supporting cast. 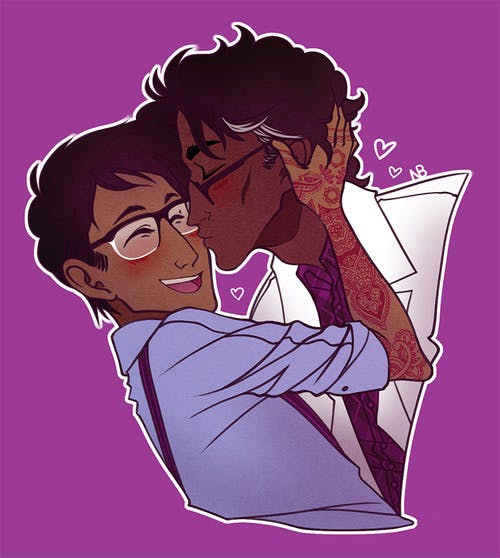 Looking at all the factors required for fannish success, it’s no surprise that the Avengers universe is the most popular movie fandom of the last few years. Aside from representation, it fulfills every point on this list. Which is why it’s so surprising that its TV spinoff is a total flop by comparison.

On paper, Agents of S.H.I.E.L.D. looks great. The first episode was directed by Joss Whedon, it’s about a team of people dealing with sci-fi/fantasy enemies, the lead character (Clark Gregg as Agent Coulson) already has his own fan-following, and the show is attached to an extended canon in the form of the Marvel universe. But after five episodes, people are already losing interest. Most of the activity on social media comes from fans who were already highly invested in Marvel or Clark Gregg, or diehard Whedonistas who haven’t noticed that Joss Whedon isn’t actually writing the show.

While The Avengers ticked almost every box, Agents of S.H.I.E.L.D. hardly manages any of them. Aside from the widely adored Agent Coulson, the main cast are two-dimensional and have no backstory — and, more importantly, very little meaningful rapport with each other. The worldbuilding is close to nonexistent, and there’s vanishingly little GIF-able action. There isn’t even anyone to ship, unless you’re interested in the rather lacklustre hints of romantic subtext between the blandly good-looking Skye and and Agent Ward. This show has even managed the near-impossible feat of including three good-looking white guys on a team together, but stirring up almost no interest in writing slash fanfic about them.

Sometimes a TV show can fulfill every possible criteria for fandom success, but still fail due to bad marketing or lack of viewers. For example, The Middleman had great potential, but never reached Buffy levels of popularity because it was hidden away on ABC Family. Agents of S.H.I.E.L.D. had no such problem. In fact, it had an audience before it even aired on TV. People were primed to love it.

If you need any further proof that Agents of S.H.I.E.L.D. is failing its audience, look no further than Doctor Who spinoff Torchwood. On a superficial level, the two shows are very similar. Both are attached to major sci-fi franchises, and focus on a Men in Black-style team of hackers, scientists and crime-fighters. Both are headed up by a character with a pre-existing fanbase. Both were created by geek-culture heroes: Joss Whedon and Russell T. Davies. Both are unabashedly silly, playing off familiar sci-fi tropes and utilising a relatively small budget.

The difference is that while Agents of S.H.I.E.L.D. currently seems destined to sink without trace, Torchwood is still beloved for its heartbreaking emotional moments, lighthearted comedy, genre-savvy weirdness, and multiple LGBT characters.

Fanfiction, art, cosplay and meta discussion don’t come from nowhere, they need to be inspired by something. If Agents of S.H.I.E.L.D. wants to engage with the many Marvel fans who want to like it, the showrunners need to understand that geek cred and a link to the Marvel universe isn’t enough. Unfortunately, Agents of S.H.I.E.L.D. is currently on track to become the unthinkable: a Whedonverse show that gets renewed for an extra season, but nobody cares.