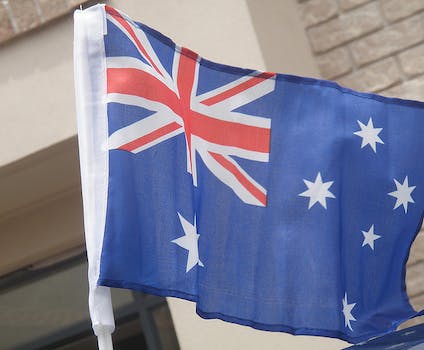 Since it was launched in September 2011, Silk Road has been a safe haven for the drug trade online. Customers could anonymously get their hands on all types of illicit narcotics if the Bitcoins, the hard-to-trace digital currency used on the site, were right.

At least until now.

An Australian drug dealer has become the first person to be convicted of a crime directly related to Silk Road.

Paul Leslie Howard was arrested after federal officials raided his home in July 2012. The bust produced 14.5 grams of cocaine and 46.9 grams of MDMA, as well as digital scales, cash, 35 stun guns made to look like cell phones, and two actual cell phones.

Prosecutor Morgan Brown told the court that Howard had imported drugs into the country via parcels 12 times since March 2012, with 10 of the them from the Netherlands and the remainder coming from Germany. The narcotics were hidden and disguised in packages that included “greeting cards, DVD cases, baggies within cardboard, [and] inside a thermometer.”

The prosecution submitted text messages retrieved from the cell phones that incriminated Howard, including ones that read “I got 5 grand worth if you want,” “…promote the LSD i got more in. I sold 200 cubes last week,” and “no cubes left atm but some other ‘things’ u might like!”

Authorities were able to link the drug dealer to Silk Road thanks to forensic evidence retrieved from his computer. Among the data found in his computer was an image of a piece of paper with “shadh1,” Howard’s Silk Road account name, written on it. A search of his Google history also yielded searches for “Does Australia Post record tracking” and “Silk Road Tor address.”

TOR is a popular tool for anonymizing an Internet connection, and buyers and sellers can’t enter Silk Road without it.

Howard also posted the following message on April 20, 2012 on a Silk Road forum:

“Hey guys, I’m just starting out here. I’m Aus based and only shipping to Aus so as not to roach on anyone’s turf. I’ll be basically doing dutch speed and peruvian charlie to start and branch into more as I get coin back in my pocket. I source from both sr and non sr vendors but I prefer the sr system as far as selling securely is concerned! So yeh that’s me story and I’m keen for any tips or just some chat from you guys as I’m still learning!”

According to Howard’s defense attorney JJ Jassar, his client got the idea to sell drugs via Silk Road thanks to a YouTube video and a newspaper article on the subject written by Australian journalist and blogger Eileen Ormbsy. Ormsby, who was present at Howard’s hearing, confirmed on her blog that she had authored the piece, but pointed out that the she had written it in October 2012, months after Howard began selling drugs via Silk Road.

Howard pleaded guilty to 2 charges of importing a marketable quantity of a border-controlled drug, of trafficking controlled drugs, and of possessing 32 controlled weapons. He is scheduled to be sentenced next week.