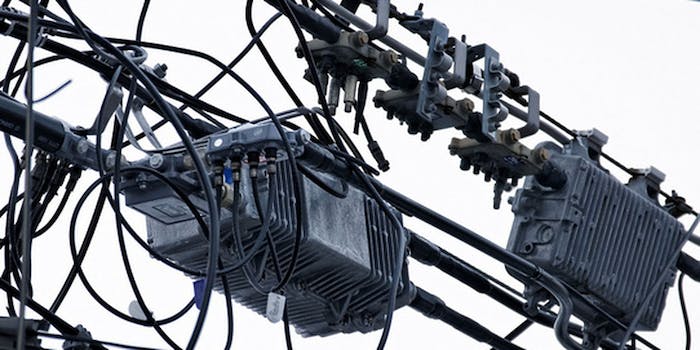 A brief history of NSA surveillance, from 9/11 to PRISM

This is what we knew about wiretaps and Internet surveillance before Edward Snowden.

Certainly, the revelations about the National Security Agency’s Internet surveillance program are alarming. But they’re hardly surprising. Considering the executive branch’s recent history of domestic monitoring, PRISM was all but inevitable.

Recall when, in late 2005, the New York Times reported that then-president George W. Bush had authorized the NSA to monitor, without warrants, the international emails and phone calls of “hundreds, perhaps thousands” of American citizens. According to the Times, the program began in 2002, in the wake of the September 11, 2001 attacks. “This is really a sea change,” a former senior official who specializes in national security law told the paper. “It’s almost a mainstay of this country that the NSA only does foreign searches.”

A sea change it was: Only three months later, in March of 2006, it was leaked that the NSA was also building a database of American phone calls. “The National Security Agency has been secretly collecting the phone call records of tens of millions of Americans, using data provided by AT&T, Verizon and BellSouth,” USA Today reported. This program, too, dated back to September 11, 2001. “It’s the largest database ever assembled in the world,” a source told the paper.

Now public, Bush’s wiretap program, which was already on tenuous footing under the Foreign Intelligence Surveillance Act (FISA), was shut down in January 2007.  According to the Washington Post, the NSA began its PRISM program the same year. Soon after, FISA was amended to give immunity to corporations that participate in government intelligence collection.

Certainly, PRISM is a much more invasive program than either the telephone call metadata surveillance or the Bush wiretaps that began after September 11, 2001. But that may be more of a consequence of technology than NSA policy. In 2001, Facebook didn’t exist. Nor did Skype or YouTube. Meanwhile, Google was a private company, only three years old.

Since at least the World Trade Center attacks in 2001, the NSA has simply taken whatever it can get.