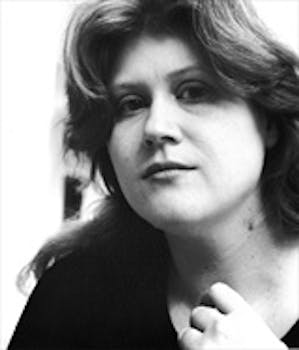 News that DragonCon cofounder Ed Kramer had been arrested once again for allegations of child abuse pushed some well-known artists to take a stand.

There’s an old saying in journalism: “Dog bites man is not news; man bites dog is.” In other words, it’s not news unless it’s unusual.

With that in mind, “fan convention marred by sexism, racism or some other form of bigotry” hardly qualifies as news anymore. In just the past year, such allegations have surfaced at Readercon, the New York Comic-Con, Ohayocon, and the convention for adult My Little Pony fans, among others.

But the largest of such allegations arguably came out of DragonCon, the annual comic convention in Atlanta, Ga. For over 12 years now, cofounder Ed Kramer has faced multiple allegations of molesting underage boys. His first arrest was in 2000 and his most recent only last week; he was extradited from Connecticut to Georgia and is currently being held without bond in Atlanta. Kramer has not yet gone to trial, due to a combination of health problems and legal maneuvering.

The news made Nancy A. Collins, an award-winning author of horror and fantasy novels, decide enough is enough. Collins is calling for artists, writers, and all other creative professionals to boycott DragonCon until it severs all ties with Kramer.

Collins first made this request on her Facebook page; her friend comic artist S. R. Bissette later reprinted it (with her permission) on his blog.

“I don’t know about you, but I’ve decided enough is enough. Everyone tells me social media has the potential for creating social change never seen before in human history. Okay, then I’d like to test it by seeing if social media can cut off the flow of money from DragonCon to accused child molester (and the convention’s co-owner) Ed Kramer, who has been using the 150K+ a year he receives each year from DragonCon to avoid trial and manipulate the justice system to allow him free reign to prey upon children, even while under supposed house arrest. All you have to do is publicly declare you will never attend DragonCon again as long as Edward Kramer profits from the convention.

“DragonCon [….] has gone to great trouble over the last 12 years to hide the fact that they continue to fund Edward Kramer’s lifestyle.”

Collins specifically made her request to creative professionals rather than DragonCon fans because, as she pointed out, writers, artists, filmmakers, and the like are the main draw bringing fans to the convention in the first place.

Bissette posted Collins’ plea in its entirety, then added some thoughts of his own.

I’ve never attended a single DragonCon, and I never shall.

I’ve never suffered sexual abuse directly, but I have a dearly loved one who has, and the life-long consequences of that abuse shook me and my family to the core; we have survived and still are a family, but the ripple effects do not end in a single generation. …

[Collins’] struggle to get the word out has cost her dearly: personally, professionally, and those consequences have been very real and lasting, too.”

A glance at Twitter suggests that the majority of fans and creatives agree with Collins and Bissette, with only a relative handful of contrarians taking the opposite view. When comedian (and comics fan) Patton Oswalt tweeted “It’s all gone, DragonCon,” one fan told him: “DragonCon is a great con, the biggest on the east coast. Don’t associate it with one scumbag.”

Of course, a few people made a point of saying they supported the boycott for less noble reasons. Matt Hofmann wrote, “re: the whole potential #dragoncon boycott thing going on– feel free. I’d love to have fewer people on the elevators.”