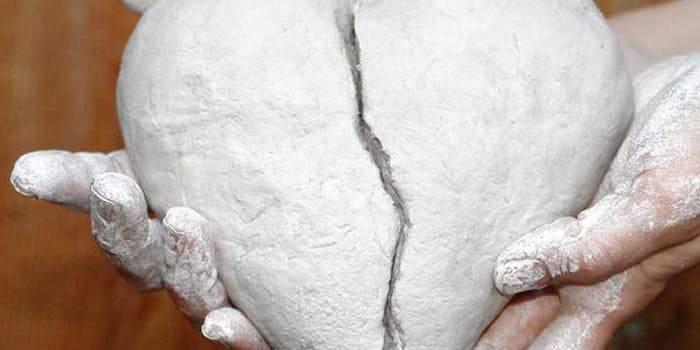 More than 3,500 sellers to close shop in Etsy’s largest-ever strike

Sellers, disatisfied with an official Etsy investigation into an alleged reseller, are going on strke. But will it matter?

In the largest strike ever to hit Etsy, more than 3,500 stores are planning to close their doors to protest the sale of mass-produced items on the handmade crafts site. But will Etsy even notice?

The controversy began two weeks ago when the “world’s handmade marketplace” featured Ecological Malibu, a furniture store which some community members linked to an offshore factory, raising accusations that the shop simply distributes mass-produced items. Since Etsy is designed for crafters, artists, and collectors to sell their wares, this practice, called reselling, is explicitly forbidden.

Community members raised such strong opposition that Etsy was pressed to run a full investigation against the store, but said it found nothing amiss.

Now, even though Etsy CEO Chad Dickerson has announced the case is closed, community members are still dissatisfied. Many are upset that Dickerson did not address the evidence, including a bill of lading, which sellers found while researching Ecologica Malibu.

Etsy sellers have been discussing a protest since last week. Now 3,500 plus sellers have signed up to temporarily close their shops May 10 on a site fittingly called Protesty.

“We understand that it can be hard to track down all shops that would fall into the categories of resellers or factories but when evidence is clear and given, we feel that Etsy is supposed to address the issue or simply admit that they have changed direction and are now also a place for factory-made products and resellers,” the organizers wrote.

What sort of effect will this one-day protest have on Etsy? Not much.

Etsy has around 875,000 total active shops, so the protesters do not make up even 1 percent of the site. Plus, none of the shops on strike make up the marketplace’s heavy hitters, according to data available at CraftCount.

Sellers participating in the protest don’t plan to lose much business either.

“I may lose a sale to a random new customer which would be maybe 30-60 bucks on average for a single item,” seller Cappy told the Daily Dot. “My return customers and majority of self brought customers will have no issue not shopping here that day and are even asking me for other locations they can purchase from me or asking for direct invoices via Paypal.”

In order to temporarily close their shops, Etsy sellers will put their storefronts in “vacation mode.” Shoppers can still view the shop items in a variety of ways, but will not be able to make purchases. Since protesters won’t leave Etsy, some sellers question the purpose of this action.

“[H]ow does putting your shop on vacation mode protest anything?” asked Chris in a forum discussion. “Protests usually either hurt in the wallet, or stop a service. This does neither.”

Regardless of the effect, an Etsy spokesperson told the Daily Dot that the staff plans to take the concerns of the Protesty list of sellers seriously.

“Every single seller on that list is important to us,” said Etsy administrator Juliet Gorman. “Right now we think the best way we can address their concerns is to focus on clarifying our policies in the ways our community has requested.”