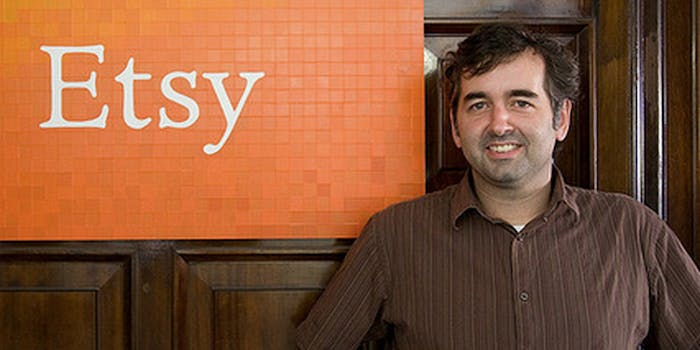 After outraged sellers questioned Etsy’s very purpose, the network’s CEO has come forward with a response. But is it enough?

Etsy’s defense of Ecologica Malibu, a shop community members linked to a factory wholesaler, has raised questions about the network’s very purpose. Is it still the “handmade marketplace,” as many sellers assumed, or a factory product free-for-all like eBay?

After a week of heated forum discussion on the topic, Etsy CEO Chad Dickerson has weighed in on the controversy. According to Dickerson’s news post, Etsy has based its decision to defend Ecologica Malibu on a lot of confidential evidence that sellers do not have.

“Much of the information we learn from investigations can’t be shared with the larger community out of respect for the privacy of the seller being investigated, so there is a natural divergence between what the community sees when they report a seller and what we see as we go deeper on the case. … [T]here are times when available public evidence suggests that a violation of our policy is clear, and our investigations find that it’s actually not the case.”

Dickerson wrote that banning Ecologica Malibu would have been “the easiest path,” but he refused to make decisions based on community members’ “mob mentality.”

Thousands of Etsians have responded to Dickerson’s post in a designated forum thread. Some criticized Dickerson’s article as “ambiguous” and “vague.”

Others wished the CEO would have addressed the evidence community members had discovered, such as the bill of lading that indicated Ecologica Malibu’s products were made by a factory in Malaysia and later shipped.

When Dickerson took the helm of Etsy in July 2011, he received criticism from community members for failing to address what some consider to be the network’s most pressing problem—factory resellers.

By October, Dickerson told the Wall Street Journal that policing Etsy for resellers was “important,” but added that Etsy had always supported the sale of non-handmade items.

The line between the two now appears hazy at best.