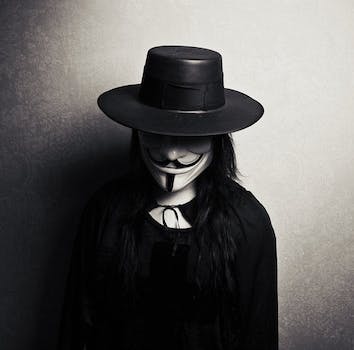 On January 7, Anonymous took a breather from going after the Steubenville football team, Israel, the Westboro Baptist Church, and the FBI to create a lulz-worthy yet intriguing White House petition.

On the evening of January 7, Anonymous took a breather from going after the Steubenville football team, Israel, the Westboro Baptist Church, and the FBI to create a lulz-worthy yet intriguing White House petition: to declare DDoS—distributed denial of service—attacks a form of free speech.

Anonymous has used DDoS to force sites such as FBI.gov and Sony.com offline. Sometimes the group’s motivation is simply to prove that it can, and will, exercise this power, but increasingly DDoS is used to put the targets on notice and show that the citizens of the Internet are not passive consumers, but active and participatory citizens capable of pushback.

Modern Anon Ops tend to focus on other tactics. Forcing a website offline isn’t as showy as, say, a tweetstorm, although people are still arrested and imprisoned for DDoS attacks. One alleged Anonymous member is facing prison time for merely uploading a video referring to a DDoS operation that never took place.

What to do when the government, the companies, and the public all acknowledge that the harm done by these attacks is minimal—just an inconvenience to press and marketing departments, or at worst, taking e-commerce offline for a few hours?

Decriminalize it, of course.

Anonymous has set up and publicized this WhiteHouse.gov petition to formally recognize DDoS as a form of free speech, legalizing what is, at the moment, civil disobedience at best. Right now it has a mere 305 signatories, a long way from the goal of 25,000. But the group has a month to pull this off, and it’s always unwise to underestimate Anonymous.