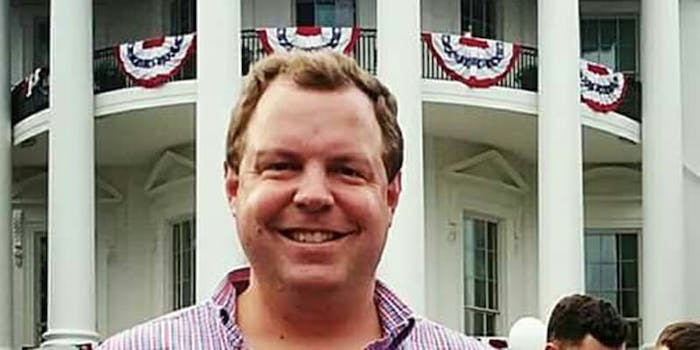 He denies the allegations.

A White House speechwriter resigned Friday after his ex-wife said he was physically abusive to her while they were married. The news came just days after White House staff secretary Rob Porter resigned amid domestic abuse allegations.

“We immediately confronted the staffer, he denied the allegations and he resigned today,” spokesman Raj Shah said in a statement Friday.

Jessica Corbett, Sorensen’s former wife, told the Post that while she was married to him, Sorensen ran over her foot with a car, put out a cigarette on her hand, threw her against a wall, and pulled her aggressively by her hair while the couple was alone on a boat out at sea.

Sorensen denied her accusations, saying he had “never committed violence of any kind against any woman in my entire life.”

“In fact, I was the victim of repeated physical violence during our marriage, not her,” Sorensen said, adding that he was “considering legal options to address her defamation.” He said Corbett had punched him on several occasions.

Porter resigned Wednesday after his two ex-wives said he had physically abused them. The women also reportedly said they had told FBI investigators about the abuse during Porter’s security clearance.

“He did a very good job while he was in the White House and we hope he has a wonderful career and he will have a great career ahead of him,” Trump said.