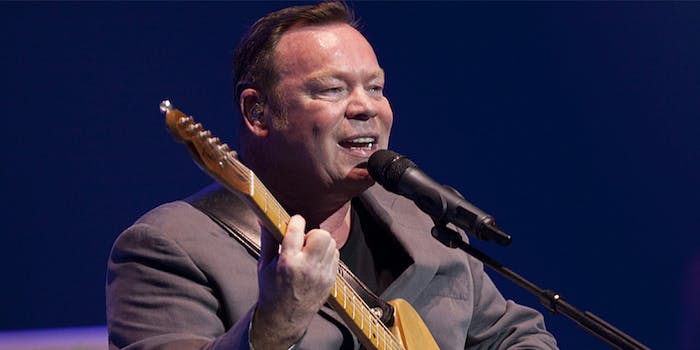 On Monday, the New York Times revealed that Supreme Court nominee Brett Kavanaugh got into a drunken brawl at a New Haven bar after a UB40 concert.

Police reports from the incident show that Kavanaugh and two of his friends, Chad Ludington and Chris Dudley, were questioned by the police following an altercation with a man who they thought was Ali Campbell, the lead singer of UB40.

It was not. Instead, it was a gentleman named Dom Cozzolino, who didn’t appreciate the group’s stares and told them so. Kavanaugh allegedly responded by throwing ice at Cozzolino. Dudley allegedly threw a glass at Cozzolino, causing an injury that sent Cozzolino to the hospital.

The report is the latest indication that Kavanaugh drank to excess in his youth and, apparently, became belligerent. Neither Kavanaugh nor the White House has commented on the report as of this writing.

There were, apparently, no arrests, and no charges filed.

But there were lots of UB40 memes on Twitter.

He was upset that they didn’t have any beer…only red, red wine

We all know why #Kavanaugh got into a fight after the UB40 concert: he likes beer, not red, red wine.

The "altercation happened after a UB40 concert" when Kavanaugh & friends mistook a man at the bar for the pop/reggae band's singer. The man "aggressively asked them to stop" staring, then Kavanaugh “threw his beer at the guy."

In addition to beer, Kavanaugh also got aggressive after Red, Red Wine https://t.co/U0wSRY1C9N

“The altercation happened after a UB40 concert”. Remember, his testimony only addressed beer, not Red Red Wine! https://t.co/NaB3BwCO2G

Lindsey Graham: "What strapping young lad who loves beer wouldn't take a swing at a fella he thinks is UB40?

"Red red wine is a SHAM and you people are MONSTERS!!" pic.twitter.com/KHurZ09Djq

Here’s hoping this dad joke dies before the confirmation hearing.