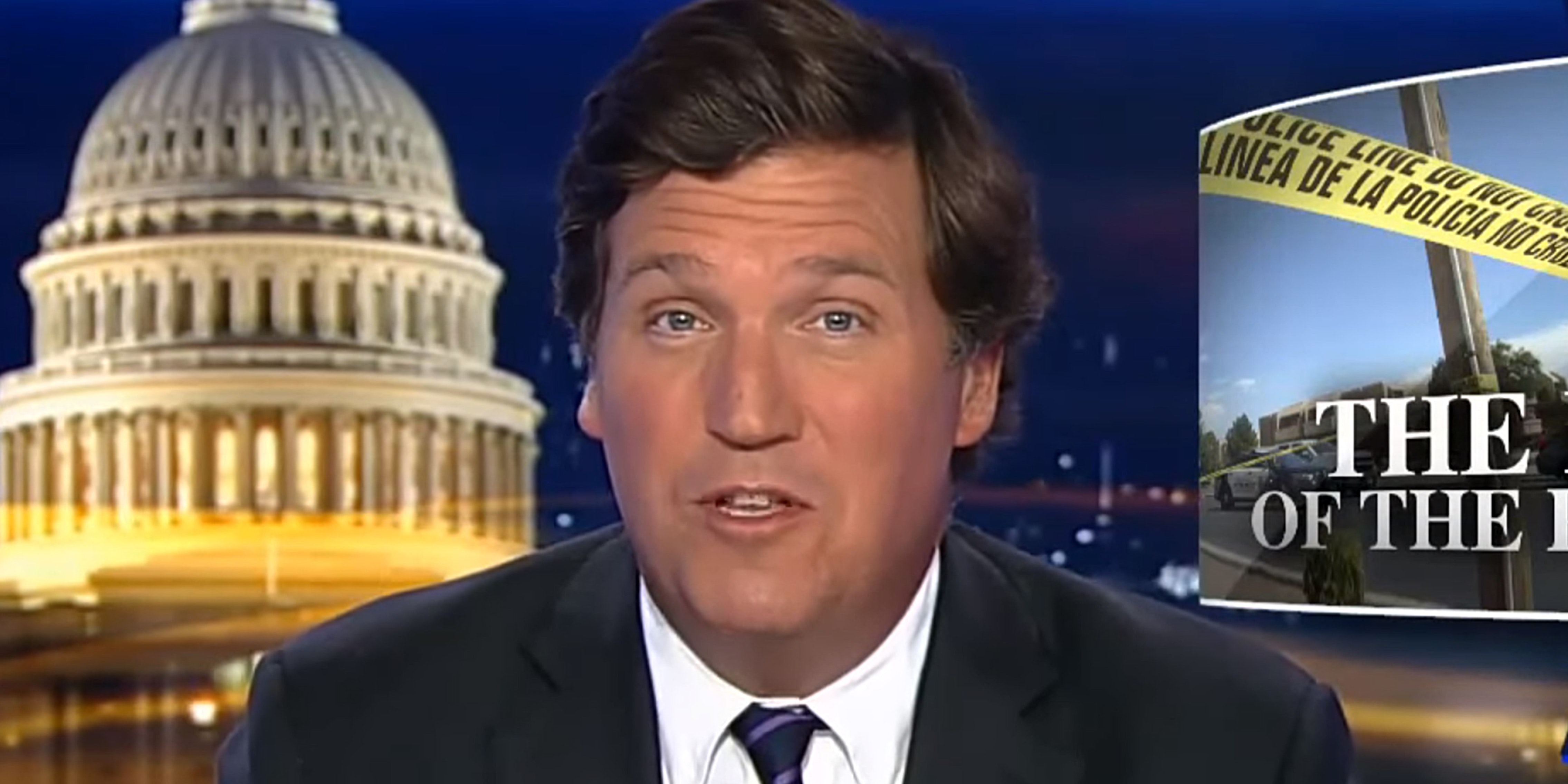 Over the past year, critics of Tucker Carlson’s nightly Fox News show have accused him of flirting with white nationalism and white supremacy, for his attacks on immigrants and criticism of Muslims, not to mention his past comments about race.

But last night, in the wake of a white supremacist murdering 22 people in El Paso, Texas, using words synonymous with Carlson’s criticism of immigrants, the host went on national television to let you know that mounting national concerns over white nationalism are unfounded.

The whole thing is a “lie … It’s actually not a real problem in America,” the host said.

Tucker Carlson: White supremacy is "actually not a real problem in America." Calling white supremacy and issue is "a hoax" and "a conspiracy theory used to divide the country" pic.twitter.com/ydzmJ0L7UI

Carlson called it a conspiracy theory used to “divide the country and keep a hold on power.” Given that the majority of people in power in this country are white (presidents, judges, congresspeople), it’s not clear how saying white supremacy exists would keep the people saying it in power.

Carlson’s attempt to dismiss white supremacy as concern for Americans is belied by the fact that the FBI has called it a “pervasive threat.”

In congressional testimony, FBI Director Christopher Wray recently said: “the danger, I think, of white supremacists, violent extremism or another kind of extremism is of course significant. We assess that it is a persistent, pervasive threat.”

Carlson also argues that the number of white supremacists in America couldn’t even fill a football stadium. But just because people don’t self-identify as white supremacists doesn’t mean that they don’t hold and espouse the same virtues as more radicalized, violent members of society. President Donald Trump routinely fills stadiums around the country at rallies, where his supporters lead chants that demonize Latin Americans and Muslims, for example.

And as we learned this weekend, and countless times over, it just takes one person inspired by that rhetoric and philosophy to kill 22 people and put another 24 in the hospital.