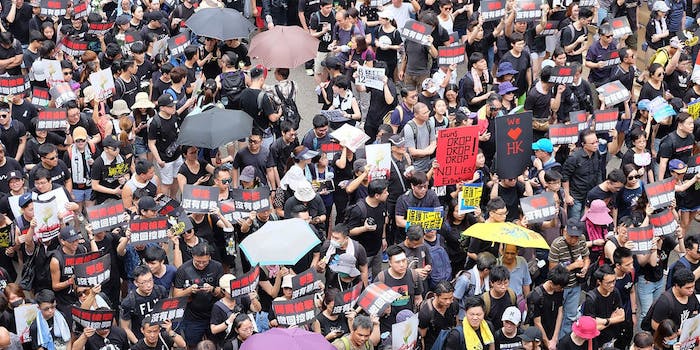 The platform is owned by the Beijing-based tech company ByteDance.

With more than 1.3 billion users worldwide, TikTok has become one of the most popular and fastest-growing apps in recent memory. While most know the app for its continual stream of unique and meme-worthy media, few seem aware of TikTok’s alleged subservient relationship with the Chinese government.

Although ByteDance claims that data for American users is stored within the U.S. and subject to moderation policies not controlled by Beijing, the company admits that it believes politics don’t belong on TikTok.

As noted by the Post, however, videos related to President Donald Trump with the hashtag #trump2020 have received more than 70 million views, suggesting that political content is favorable, so long as it doesn’t reflect negatively on China.

Perhaps unsurprisingly, searching for content related to the 1989 Tiananmen Square massacre on TikTok also yields only a handful of results, (many claim the incident never took place).

ByteDance does not reveal how it moderates the platform, and experts warn that the company is undoubtedly using the popular app to shape its users’ views on topics related to China.

The protests in Hong Kong began in late March and were initially against a now-defunct bill that would have allowed residents to be extradited to mainland China. Since then, protesters have expanded their demands to include democratic reform and an investigation into allegations of police brutality.